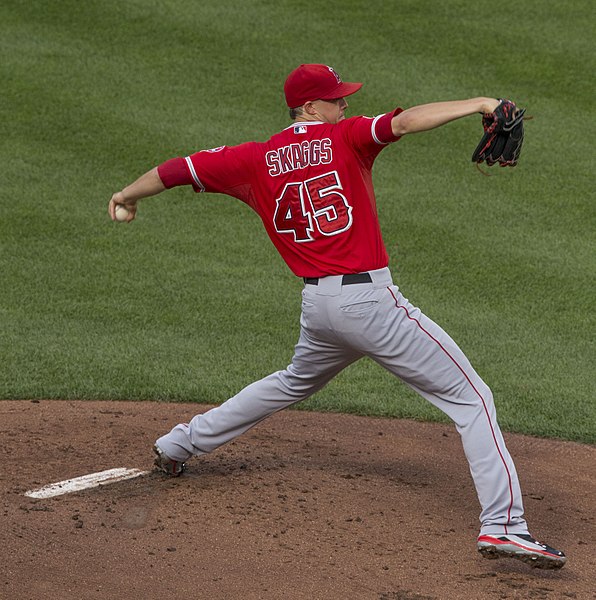 Tyler Skaggs, starting pitcher for the Los Angeles Angels, died on Monday, July 1. He was 27. This news hit me like a blow. Not again, I thought. Active major leaguers have passed away too often in recent years. Especially for the Angels, who lost 22-year-old Nick Adenhart a decade ago to a car accident, this felt all too familiar. While details surrounding Skaggs’ passing are not yet known, it is undoubtedly a tragedy. As I have begun to process the terrible loss, an unfortunate question nagged at me. Why did this hit me so hard?

I’m not an Angels fan. I might have seen Skaggs pitch when he was on the Diamondbacks, but I don’t remember it. In terms of Angels starters, I had Garrett Richards and Matt Shoemaker baseball cards but not his. And this not unique. I felt like I was hit in the stomach when Roy Halladay passed and I cried when I heard the Jose Fernandez news, despite not having a real personal connection with either. I wondered what were behind all these feelings I had in the wake of this shocking loss. Though it took me a while, I think I pinpointed where these feelings come from.

First of all, all athletes are like superheroes. It’s undeniable. Athletes seem to be indestructible at times, fighting through injuries that would take down other people. Max Scherzer of the Washington Nationals broke his nose a few weeks ago and pitched a gem the next day. Jon Lester of the Chicago Cubs has thrown a no-hitter and been an All-Star five times since he overcame lymphoma. Athletes just don’t go away. When they do, it’s after years of fighting, such as when San Francisco Giants legend Willie McCovey passed away from a multitude of illnesses and injuries this year. To hear that one is just gone? It’s incomprehensible. Skaggs was slated to pitch the fourth game of the upcoming series against the Texas Rangers. There was no cause for alarm, no warning signs. One day he was with the team, the next he wasn’t. This isn’t supposed to happen to superheroes.

More than this, they are part of the family. When someone plays for your favorite sports team, you feel as if you know them. I’m fairly certain my mom has called Buster Posey her son as many times as she has said that to me. When it comes to baseball, these players are on your TV and radio every day from March to September, and then October if you are lucky. You see them in interviews, you might follow them on Twitter. You really feel as if you personally know everyone on your team. This extends to the entire Major Leagues. The Washington Nationals aren’t my team but I sure follow Sean Doolittle on Twitter and memorized all of the stats on my Ryan Zimmerman baseball cards. Maybe that’s why it’s such a gut punch. It’s not losing a random athlete. It’s losing someone in your life.

Finally, and most unfortunately, it might just be the coverage. It is a terrible fact, but I can’t help but know that Skaggs was not the only 27-year-old who passed away this past week. By nature of their profession, baseball players get coverage that everyday citizens cannot access, even though the death of anyone this young is just as devastating. However, this obviously doesn’t stop me from mourning.

By all accounts, Skaggs was an infectious clubhouse presence, beloved by his teammates. He was married in the offseason and had a full life ahead of him. Now, the lives of his teammates and family are irrevocably changed. Tyler Skaggs had a great curveball and was an even greater person. Now, he is gone way too soon. I never knew Tyler Skaggs, but I wish he wasn’t gone. He’s joining a heck of a rotation in the beyond. May he, and everyone else we’ve lost, rest in peace. 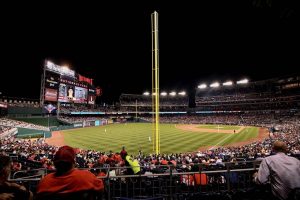 By Jake Gilstrap and Tristan Lee