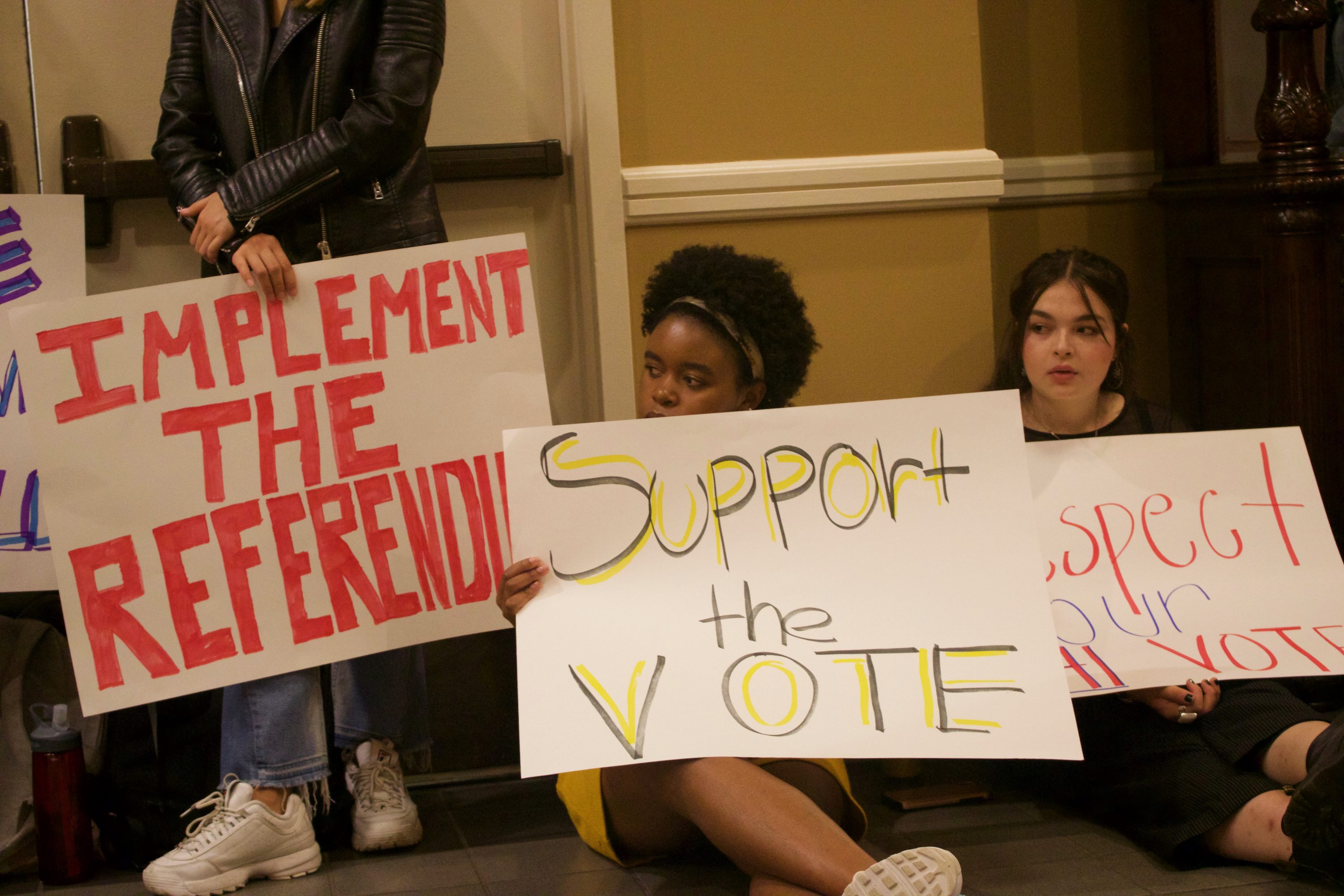 When the university’s board of directors met on Oct. 3 at the Georgetown hotel and conference center, chants from dozens of student protestors echoed through the ballroom walls. “Respect our vote,” the students called, then, “Don’t ignore history.”

The students had gathered to demand that the university implement the GU272 student referendum, which, in April, directed the university to create a reconciliation fund for descendants of the “GU272”—the 272 enslaved men, women, and children that Maryland Jesuits sold in 1838 to pay off Georgetown’s debts. The university has been reckoning with this legacy since the New York Times revealed details of the sale in 2016, but has so far stopped short of funding reparations.

The GU272 referendum aimed to change that. The proposed fund—$27.20 paid per student, per semester—would be the first concrete reparations policy implemented at a major U.S. institution.

The referendum passed with 66.1 percent of a student-body-wide vote in April—a landslide but nonbinding victory for the GU272 advocacy team. The board of directors, which meets three times a year, has not taken any concrete action so far.

In June, the university stated only that “the Board plans to engage in follow-up discussions with student leaders” on the referendum. According to Casey Doherty (COL ’20), a student representative to the board of directors present at the Oct. 3 meeting, the board gave similar answers on Thursday.

“We brought a statement from students for GU272 basically saying that the student body was disappointed that the board was ignoring a democratic student vote,” she said. “It was a similar answer that [board members] are excited to engage in dialogue and conversations with the advocacy team and other students who are interested. But the action’s not there.”

Throughout the meeting, leaders of the GU272 advocacy movement led chants and held signs, waiting for the board members to exit the meeting and pass through the growing crowd.

“I want [the board] to know that their students do matter, that students’ opinions matter,” Ethan Clark (COL ’22), one of the advocacy team leaders, told the Voice at the protest. “It’s a cause that two-thirds of the student body voted for, and that’s something that they should highly take into account.”

When a student inside the board meeting notified protestors that the meeting was wrapping up, students stood to cluster around the door, readying their signs. “They are trying to avoid y’all,” the student told organizers via text message. The board members slipped out a side exit, dodging the protest. 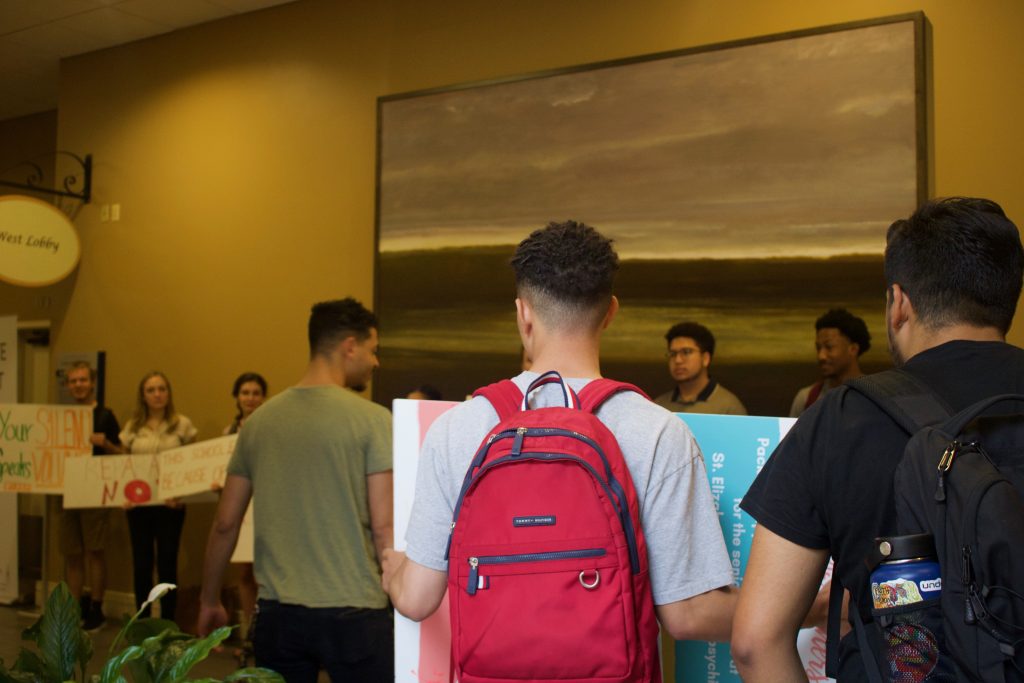 Doherty said that board members told her during the meeting that they would be directly contacting the GU272 advocacy team following the meeting. As of Oct. 5, protest leaders confirmed to the Voice, there had been no communication from the board.

In a statement released before the board meeting, the GU272 advocacy team warned that they would no longer tolerate university inaction on the referendum. “Students for GU272 will continue to educate our peers, but we will be forced to escalate our strategy unless a commitment to implementation is made at the October meeting,” the statement reads.

“The budget for the 2020 school year is determined by the end of the calendar year,” the statement continues. “If no action is committed to by the end of this meeting, you will have made the decision to ignore the vote of 2,541 students.”

Student advocacy leaders told the Voice that they are now discussing their next steps for the movement. But for advocacy team member Kuma Okoro (SFS ’20), Thursday’s protest proved their point.

“Today we showed that students are still invested,” he said. “This isn’t something that’s going to go away.”