Carrying On: At Peace With Not Belonging 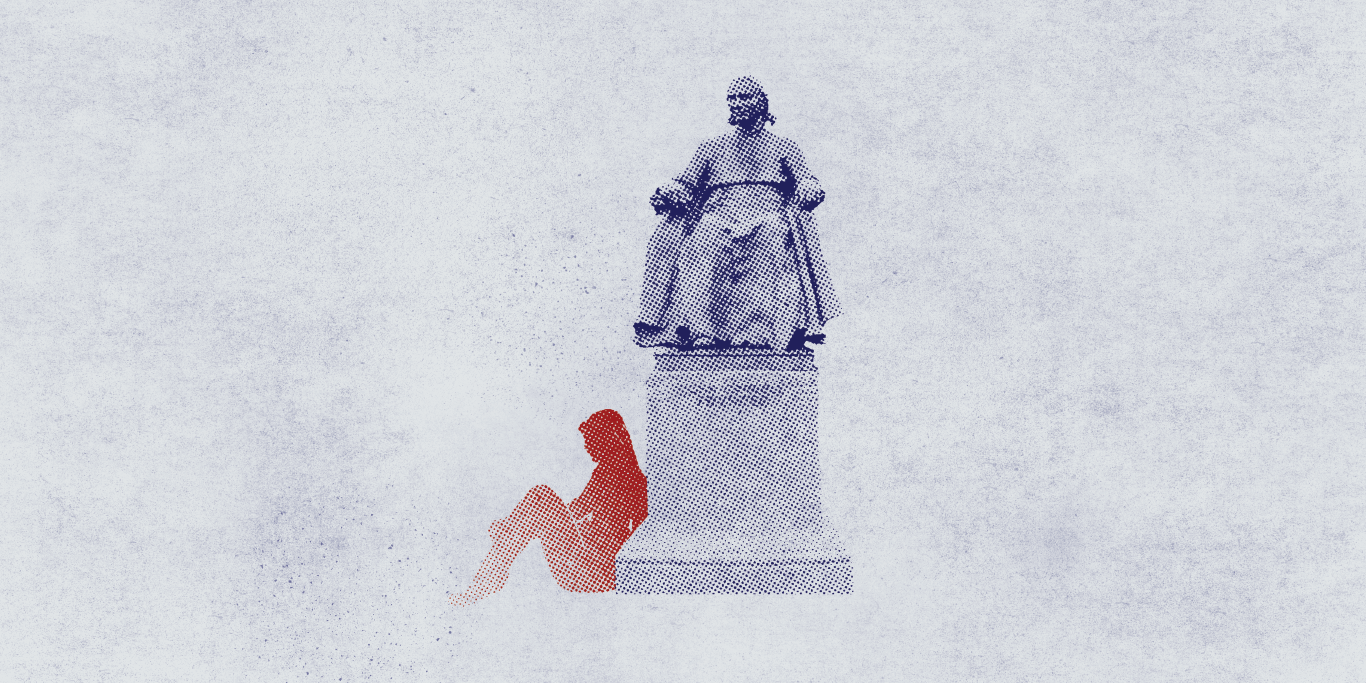 “We all have that one friend we go to coffee with and then spend 8 hours talking about life while shopping and circling back to Target two hours later to get those $7 coasters we regret not buying.” A version of this caption floats around on my Facebook or Twitter feed all the time. I don’t think I have that friend these days, and seeing this “relatable” post on social media makes me wonder what’s wrong with me that I don’t. While I have great friends and I appreciate them, I rarely enjoy a full feeling that I belong in any given social setting.

My childhood was unlike many of my peers. I had three nationalities when I moved to the United States in 2001. I learned to speak English and French simultaneously, both at home and at a French school in Bethesda, Maryland. I later went to a French school in New York City. I am so used to being different that when asked “Where are you from?” I can’t help but respond, “Well, how much time do you have?”

The question of belonging is something that has always been on my mind because I lived in a country that I wasn’t a citizen of, and I wasn’t fully a part of my family’s culture either. I’ve always lived on an imaginary bridge between two places, but I didn’t feel the need to examine it too closely because I was surrounded by other kids who were in a similar situation.

When I got to Georgetown, it was the first time, apart from summer day camps, that I wasn’t in my unusual French-international setting. But having lived in this country for 15 years at that point, already familiar with American pop culture, politics, and social conventions, I thought I was ready to be on an American college campus. I wasn’t.

My first year at Georgetown was really difficult. I lived in New South, which has 100 students per floor and little sense of community, and missed half of NSO for coincidental medical reasons. I couldn’t understand how everyone around me was making friends while I had hardly met anyone. I joined clubs that had no application process because I was annoyed by the idea of being judged before I was welcomed, but they only partly aligned with my interests. I went to the social events I was invited to, but inevitably ended up wondering what I was doing there.

The odd thing is, I never questioned that I belonged at Georgetown. I loved going to most of my classes, walking on campus, and living in D.C. It occurred to me once that I could transfer, but I quickly realized I didn’t think I’d be any happier anywhere else. As a freshman, I switched to neutral to avoid realizing that while I wasn’t miserable, I wasn’t fulfilled either. I avoided feeling the highs so that I wouldn’t feel the lows of being alone while surrounded by people who seemed to be having the time of their lives.

Finding my place on the Hilltop took time. I found out that belonging isn’t about being the same as the people around you. It’s about finding people that you can be comfortable around. I eventually gravitated toward the people I thought were the funniest, and those willing to hear what other people have to say. I have that comfort now mostly with my friends from my sophomore floor and at the Voice. But that doesn’t mean that I don’t question my place in these groups at times.

Because of how I was raised, the examples of how I stand out are more obvious. I’ve never been to Denny’s, I’ve never seen an entire baseball game, and I do not know how to get from inches to feet to yards. These small things are among the hundreds of details that make me close but not quite the same as others, and that compel me to preface a conversation by saying I’m French.

I am not trying to sound pretentious when I do that, although I know it sometimes comes off that way. It’s my way of setting a premise about who I am. My big difference is cultural, but everyone has something that makes them different. It could be their taste in music, their sense of humor, their oddly specific major. We build up the communities we’re a part of in our minds as immutable associations, but they’re not—they’re what we make of them.

I’ve found over the past couple of years that you get out of relationships what you put into them. It’s not about always being there, but contributing meaningfully when you are. My cultural differences do not absolve me from responsibility in maintaining good relationships. If I like people, it’s up to me to make an effort to see them more.

At the Voice, we like to think we’re very welcoming. We have no applications, so anyone can join as long as they want to be here. But that doesn’t mean it can easily be your home on campus. Like any other club, we have a culture; ours depends on nerding out over the things we care about, whether culture, sports, design, opinion, news, or any other section. It’s important, however, that we check in to make sure that everyone is included and doesn’t feel like if they don’t fully fit the mold they don’t fit in at all. They do. They belong because they have decided that they want to, and it’s both our responsibility and theirs to foster that sense of belonging.

This doesn’t just happen on campus. As a senior who hasn’t figured out what exactly next year will bring, I have been wrestling with the question of where I want to live in order to have a sense of belonging. My parents moved to Portugal a year ago—somewhere I have never lived, do not speak the language, and do not know well culturally—so I no longer have a physical home to return to. There’s no going back, only choosing where I will go next.

My family has said they want me to be closer. If not Lisbon, then at least I should be looking for a job in Paris or London—why stay in the United States with no family and no friends once they’ve all moved to different parts of the country after graduation? But I am terrified of the idea of moving to somewhere like France and sticking out for the opposite reason that I do here. Once I go to France, there is no next step—I’ll have gone “home” according to my family, but it won’t feel like it. At least if I move to somewhere in America, I can always pick up and leave.

Maybe I will never believe I belong, something always reminding me that I didn’t get a joke or I wasn’t included in a plan. Maybe I will find people that I click with instantly. Maybe I’ll keep the friends I’ve made at Georgetown and we’ll live in the same city and have a standing bi-weekly brunch. No matter which it is, feeling like I don’t belong does not make me less than the people I want to belong to; it means I can’t wait for the universe to make relationships happen for me. It means I shouldn’t compare my relationships to those I see around me, and make sure that I ask friends out for coffee regardless of whether we spend eight hours getting it.