Community in Diversity: The GDA wants Georgetown to rethink disability 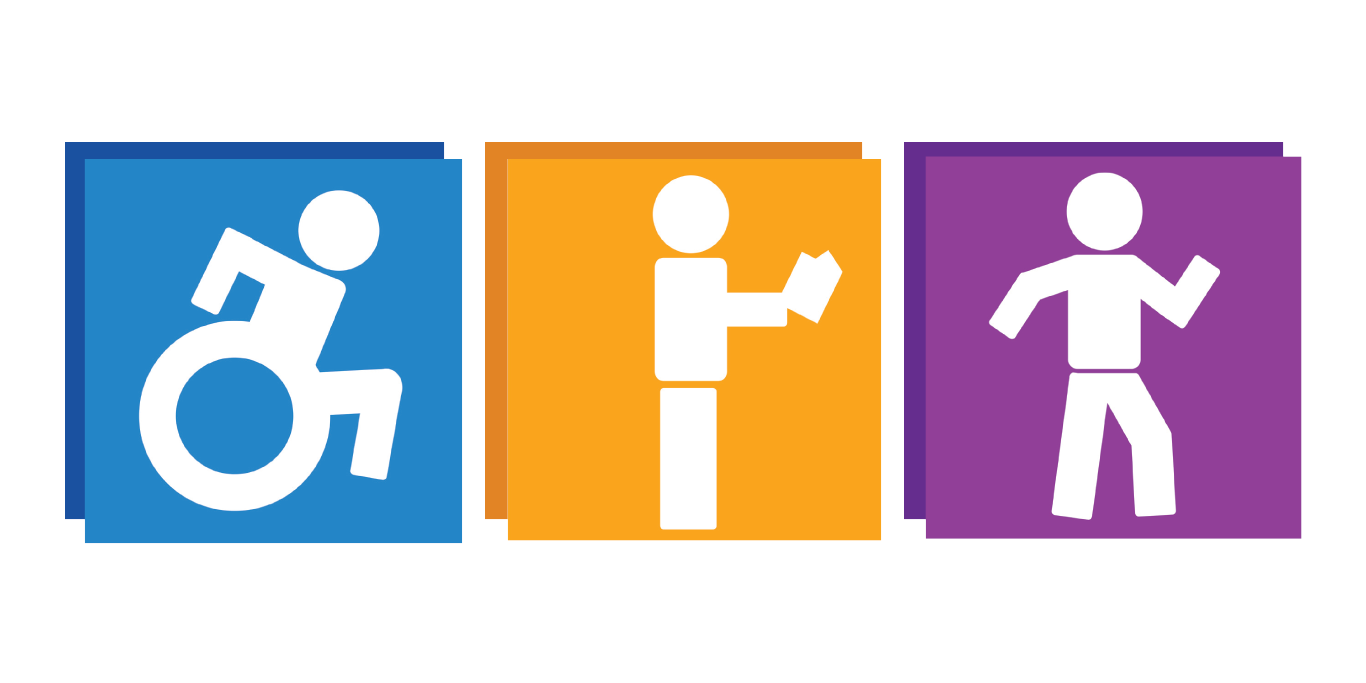 Muffled laughter and low murmurs fill an ICC classroom on the first night of October. Some students sit quietly, scrolling through their phones, while others converse with their neighbors. The connection between them is not apparent.  Kiki Schmalfuss (NHS ’22), Andrew Bialek (COL ’22), and Anna Landre (SFS ’21) are at the front of the room, looking out at their audience with anticipation. This moment has been a long time coming for these three. The first meeting of the Georgetown Disability Alliance (GDA) has come to order.

Schmalfuss, Bialek, Landre, Kenna Chick (SFS ’20), Maya Stevenson (SFS ’20), and Julia Winkler (COL ’22) are on the council of the GDA, which is currently in new club development.  The group came together last semester to provide a discussion forum for students with disabilities and their allies. Almost thirty years after Congress passed the Americans with Disabilities Act (ADA) in 1990, the GDA hopes to build a lasting community for students with disabilities.

According to the National Center for Education Statistics, 19 percent of undergraduates in 2015–16 reported having a disability. Many students rely on Georgetown to accommodate housing or academic needs related to their disabilities, but some have found it difficult to have their needs met. Winkler has seen what that struggle is like. “It can be hard to fight for both what you physically need to be okay and also what you need to be treated like a person,” she said.

“Disability is only looked at a) through the medical model, or b) from the ableist perspective that you are just afforded accommodations to level the playing field. There’s no cultural or general acceptance of the idea that disabled individuals don’t need to change to fit in,” he said. According to Winkler, the medical model is one “which treats disability as kind of a medical problem that needs to be fixed or treated.”

The GDA leaders believe this lack of understanding can affect students with disabilities’ sense of self. “At elite institutions like Georgetown, disability is thought of as incompatible with success and too often is something that people feel like they have to hide or minimize to fit in,” Landre said. “We want to combat that stigma and that idea and create a space where people can show disability pride.”

But even for students whose disabilities aren’t evident at first glance, adjusting to a university setting can be difficult. “One of the hardest parts of being disabled at Georgetown is that most disabilities here are invisible and so it’s easy to hide that and not acknowledge that,” Schmalfuss said.

Whether the disability is hidden or apparent, disability issues have been present at Georgetown since long before any members of the GDA came to campus. Lydia Brown (COL ’15) knows from experience all about the tension between receiving accommodations and equal treatment.

“At Georgetown, I, like many other students with disabilities, faced a really constant onslaught of academic ableism and endemic ableism across campus,” Brown said. “Ableism is a system of oppression that targets and marginalizes disabled people.”

For Brown, one of the largest issues is a lack of accessibility. “Accessibility means methods of enabling people to participate or engage,” they said. Georgetown has not always had a sterling reputation when it comes to accessibility concerns. Arrupe Hall failed ADA compliance in 2018, and White-Gravenor is currently undergoing renovations to install a ramp to improve accessibility.

According to a university spokesperson, Georgetown has made progress in improving campus accessibility, and it is still a focus. “Georgetown is committed to ensuring that our campus is accessible and inclusive,” the spokesperson said in an email to the Voice.  “With a two-hundred-year-old campus on hilly terrain, we have faced a number of accessibility challenges over the years, but we are continuing facility enhancements across campus to ensure ADA compliance.”

Ableism also manifests in how students with disabilities are treated on campus.

“I ran into a number of instances where other professors or staff that I’d worked with at Georgetown, either in my classes or outside of my classes, treated me in some incredibly dismissive and cruel ways,” Brown added. Brown described an instance in which a professor told them that they shouldn’t bother studying a language due to their disability.

After graduating from Georgetown, Brown went to Northeastern University’s law school, and has since been involved with community organizing and advocacy work. They are the founder and director of the Fund for Community Reparations for Autistic People of Color’s Interdependence, Survival, and Empowerment, which provides autistic people of color with direct financial support. In their role as an attorney, Brown is also a Justice Catalyst Legal Fellow at the Bazelon Center for Mental Health Law, where they represent students with disabilities who are facing difficulties getting accommodations and education in the classroom. This passion for disability activism began before Brown entered Georgetown, but their college experience prompted them to pursue advocacy work as a career.

Winkler believes that in the years after Brown’s graduation, navigating college with a disability hasn’t gotten easier. “I think an issue with disability when it comes to institutional spaces is that there can be rules in place that, in the end, it’s going to come down to a flawed person, usually an abled person, making a judgement about someone else’s disability that they don’t know anything about,” she said.

Brown sees Georgetown’s inefficiencies with handling disability as being at odds with the university’s distinct Catholic identity. “For all of Georgetown’s talk of cura personalis, there is no cura personalis if Georgetown believes that access is something to be done merely to avoid litigation or merely to avoid the superficial appearance of inaccessibility rather than actually caring about their students and other campus community members as a whole person,” they said. “And so part of that is ensuring that accommodation access is a reality and not something that you have to jump through bureaucratic hoops to get to.”

At Georgetown today, it can still be difficult to acquire accommodations and ableist attitudes persist. However, campus has progressed in recent years. Notably, the disability studies program at Georgetown has entered its third year and just graduated its first class of disability studies minors in the spring of 2019. The program originally began as a cluster of classes supported by the Red House between Fall 2015 and Spring 2017.

“The mission of the program is to center and, in some ways, lift up a group of people who are the largest minority—anywhere from 1 in 5 to 1 in 4 people in the U.S. are disabled—and that experience hasn’t been adequately explored in an academic context, at least at Georgetown it hadn’t been,” Rifkin said.

While she stressed the academic significance of disability studies, Rifkin believes the program’s aims extend beyond the classroom. “It’s a field where we care a lot about tying theory and practice together,” she said. “We want our students working in the disability community. We want to support the disability community at Georgetown, and we want to work to make the institution more accessible and inclusive.”

To this end, the disability studies program has supported the formation of the GDA and the council’s efforts to provide a platform for disability rights on campus. “The disability studies program very much supports the Georgetown Disability Alliance and everything that they do,” Rifkin said, adding that the GDA has plans to cosponsor events with the program in coming weeks, beginning with their recent Disability and Inclusion in the Entertainment Industry event.

While the leadership team of the GDA expressed excitement at the program’s relationship with the club, that partnership is hardly the only change the council hopes to see. Some ideas the council posits include a new accessibility coordinator position on campus, a designated study area for students with disabilities, and a disability minor pre-orientation program which would allow students to move in early and begin building a community immediately.

One suggestion that has gained traction in recent years is a disability cultural center, similar to other centers on campus like the Women’s Center and the LGBTQ Center.

Rifkin sees the potential benefits of such a center which would outlast graduating students and recognize the complexities surrounding students with disabilities. “I think they’re onto something there,” Rifkin said. “Disability is an identity and a community and that there should be a locus, a place for people to come together around that.”

Brown, who advocated for a disability cultural center during their time at Georgetown, said that the nature of college life often makes it difficult for student activists to build lasting movements.

“One of the biggest problems for doing any kind of campus organizing, is that there’s a lack of institutional knowledge passing groups of students to groups of students, because roughly every 4 years, there will be near-complete turnover of the student body,” Brown said.

While this precedent has been set, the GDA has set out to be different. Bialek believes that a culture of distributing responsibilities will make the difference between previous iterations which only had one strong leader.

“I think what we aimed our model to be is that we aren’t looking to run [the club] on an individual, president, vice president general structure level,” Bialek said. “If we do it more as a community, a council, or a board, there are more individuals involved and you can get a range of individuals from different years involved so we can have more longevity in that sense.”

The efforts of the six student leaders culminated at their first meeting on Oct. 1.

“I thought it went really well,” Landre said. “We had a great turnout and the people who turned out were very interested. They shared a lot and participated a lot and shared a lot of ideas with us about what this club should be, which is exactly what we wanted.”

At the meeting, the club addressed the 12 attendees and defined their three main tenants: education, advocacy, and community. Education will focus on making the members of the club and students in the larger Georgetown community more aware of disability rights issues on and off campus.

The GDA’s advocacy pillar is focused on promoting disability rights and justice. On campus, they’re looking to encourage institutional policy changes at the administrative level, but they also have their sights set beyond the front gates. The GDA hopes to leverage Georgetown’s location in D.C. to advocate for change at the municipal and national level.

Finally, the GDA will focus on community building, inside and outside of the club. The council hopes to see this manifest in partnerships and events with other clubs and organizations, and to see students create a support system on campus. Winkler firmly believes that connecting with other students with similar experiences can help strengthen one’s sense of self.

“Disability is an identity,” she said. ”It’s an empowering one for many people.”

Brown, for one, is thrilled to see the GDA come together. “There has never been an advocacy-focused disability organization at Georgetown in all of its history, so it is incredible and important that this is happening now,” they said. “I’m really excited to see where it’s going to go.”

Moving forward, the council is looking to gain full club status in the next year, bringing with it university recognition and funding. Once that process has been completed, the council can pivot to their larger goal of persisting far into the future.

For Brown, the long term goal is simpler. “I hope that in three to five years from now that it will no longer be exciting news that disabled activism is happening at Georgetown.” 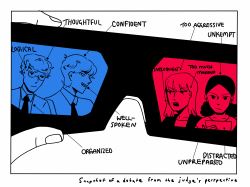 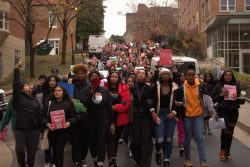 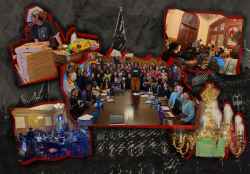