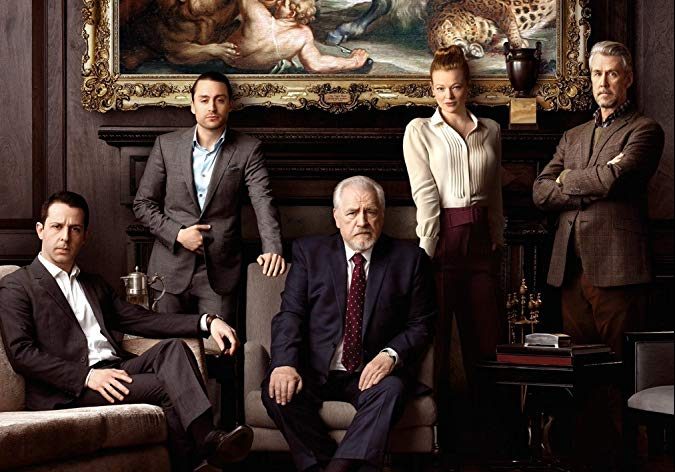 In one of probably the greatest scenes in television history, Succession’s Kendall Roy (Jeremy Strong) raps about his octogenarian father Logan (Brian Cox) at a celebratory dinner in front of his family and friends, “L to the OG, dude be the OG, A N he playin, playin like a pro” (notice the capital letters). The crowd, all dressed in black tie, reflecting the decorous and respectful mood of the event, look on with expressions of shock and horror on their faces. Everyone pulls out their phones—his sister, other company executives, even friends—in order to immortalize this utterly outrageous performance. The only person who seems to truly bop to this absurd song is cousin Greg (Nicholas Braun), the distant stoner relative who moves to New York for a job in season one, and turns out to be quite resourceful.

The rap could not have come at a more ironic moment: just one episode after the rap and Roman Roy’s (Kieran Culkin) remark that “this might be the end of the company,” a story breaks detailing numerous harassment allegations and cover-up scandals in the Roy family business, and the Roys are called to testify in front of Congress. Amid this drama, the question of who will be scapegoated is on everyone’s minds, as is the question of who will succeed Logan as the next CEO of the family company Waystar Royco.

At the beginning of this season, it seemed that the only viable family member to succeed Logan would be his daughter Siobhan “Shiv” (Sarah Snook). His inept eldest son with political ambitions Connor (Alan Ruck) was never a possibility, his youngest son Roman didn’t take the business seriously, and his middle son and previous heir-apparent Kendall was emotionally in a bad place following a drug-fueled car accident. After the accident and subsequent coverup in season one, Kendall was forced to give up his takeover of Waystar and return to his father’s side, blindly following his every order in return for getting away with murder.

But things started to change throughout this season. Shiv made the careless decision to try to force her father into publicly announcing her as the next CEO, alienating her from her father’s favor. Roman, under the mentorship of long-time Waystar General Counsel Gerri Kellman (J. Smith Cameron), started developing his business acumen and became a compelling candidate for successor. Even Kendall starts to recover, as he so eloquently details while crooning, “don’t get it twisted, I’ve been through hell, but since I stan Dad I’m alive and well.” Additionally, Logan started a relationship with Rhea Jarrell (Holly Hunter), the former CEO of his rival company, who ended up declining his offer to be the next CEO when the cover-up scandal emerged.

Amid all of this confusion, it became hard to tell who would be sacked and who would be given the job of their dreams. In the season finale—in possibly one of his cruelest moves ever—Logan gathers his family and business executives on his yacht to decide amongst themselves which one to sacrifice. He knows that it has to be him: just moments before boarding his yacht he calls one of his biggest shareholders, who tells him that he won’t accept anyone other than Logan himself stepping down. Not only does he have to come up with a plan to establish himself as the scapegoat before finally stepping down, but he also needs to find a successor. Being the mastermind he is, he finds a way to get both done at the same time—the one with the courage to sacrifice him is the one fit to run the company.

Loyalties get tested and conflict ensues, but they come to the conclusion that it must be Kendall. Even Kendall doesn’t understand that his father is testing him with this—Logan is backing him into a corner to see if he has what it takes to run the family company, to be a killer. Logan knows that Kendall is the best choice for CEO, but he needs to be capable of sacrificing his father to achieve this.

In the most fitting way to finally reveal to viewers after two seasons the successor of Waystar Royco, Kendall sacrifices his father, destroying his reign and securing his own position in the company. Logan watches his son destroy his public image on his own television channel, and smiles– knowing that his son has finally stepped up. Kendall showed him that he’s a killer, that he has what it takes to run the company.

There’s a sense of parallelism in this season’s premiere and finale. In the first episode, Logan watches his son read off of a script he prepared for him denouncing his attempted takeover of the company and reaffirming his belief in his father—that Daddy knows best. Logan watches in disgust, seeing his brilliant son hollowed out. On the other hand, in the last episode, we see Logan smile as his son tears him apart at the press release. Kendall’s rap, ultimately, becomes a more apt description of himself than of his father. 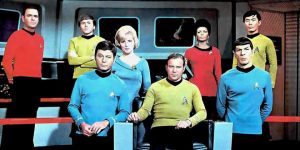