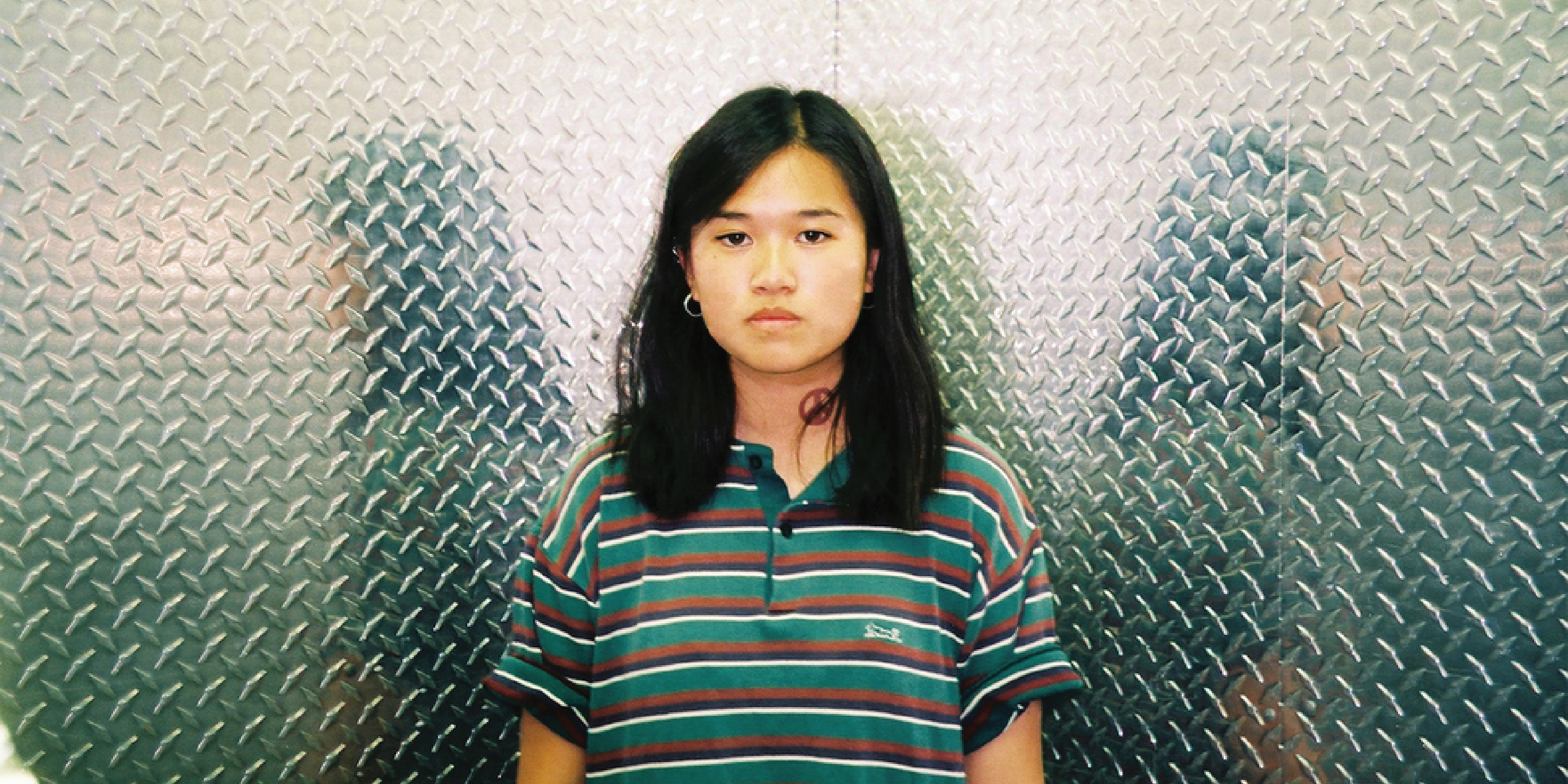 Hana Vu is busy. Between a West Coast tour opening for Nilufer Yanya and the release of her double EP, Nicole Kidman / Anne Hathaway (2019) on Oct. 25, she has been holed up in her Los Angeles apartment writing and recording new music.

Vu began writing songs at 13, and it’s easy for listeners to fall down a rabbit hole of Soundcloud EPs and one-off covers from her career’s early years. Her label debut, How Many Times Have You Driven By (2018), made ripples in the music industry, with critics focused on her young age of 17 almost as much as on her music. How Many Times is a deeply emotional record, brimming with teenage angst and self-doubt. Although Vu is still a teenager, she doesn’t let that identity define her latest release.

NK/AH serves as Vu’s second and third official releases since she signed to Luminelle Records last year. The double EP tackles the deeply modern theme of social isolation in the digital age. In “Outside,” the second track on the EP, she asks “if I look at my phone all day / will it really help my chances?” The psychedelic music video for “At The Party” features Vu alone, surrounded by music and dancing, staring down at her phone and seeing nothing but the angry face emoji over and over. Her own Twitter sums up her jaded and sardonically self-aware public persona—“dunno how many songs i can write that keep bein like ‘im sad,’” tweeted Vu on Oct. 15.

The release is also markedly L.A. Vu’s lyrics, and especially the EPs’ titles, convey her fascination with the long-lost ideal of Hollywood stardom. The song “Actress” deals with a different kind of performance. “Give me a name and I’ll wear it / A shame and I’ll bear it / Until I’m through,” sings Vu. This theme of dissociation pervades the two EPs. Vu paints herself as an actress, trying out various roles in life—a perfect bride, a prom king, or a hero—but each time is dissatisfied with herself. In a city full of people desperate to be someone else, Vu sings about her struggles to find herself. She reflected on this in an interview with the Voice. When we called, she was in her room, sitting between her bed and the array of microphones and musical instruments on the floor. “Everybody’s sad on the inside and we perform these personalities as normal people,” Vu said. “I don’t think I know quite yet how to act.”

Vu also feels this disconnect between personas when doing live shows. “I’ve been performing for a long time,” Vu said. “I think there are two selves: your private self and your public self. The Hana Vu disparity between those two, for me, makes me kind of question everything.” She is extremely aware of how others perceive her, as well as how she perceives herself. Vu’s signature deep vocals characterize both How Many Times and NK/AH. However, after shows, audience members will sometimes approach her and express surprise at the power she exhibits behind her singing. “I know it’s like a compliment but I think it’s kind of a microaggression to be like ‘I didn’t know a small girl could scream so loud.’”

Vu’s music is often characterized as bedroom pop, an umbrella term for modern DIY indie music by artists like Clairo and Beabadobee. In the music video for “Outside,” Vu takes this term literally. She travels around L.A. on her bed, stopping at a basketball court, a city park, and a beach before finally freeing herself from her sheets and jumping into the ocean. The production value of both her record and the accompanying videos shows that Vu’s label is banking on her success, even if she is only a minor name in the indie world at the moment.

Vu is at once humble and confident in her musical abilities. She has been touring on and off since graduating high school. Faced with the choice between music and college, she signed a record deal and hasn’t looked back.

On NK/AH, Vu showcases her array of musical talents. She wrote, sang, and produced every song on both EPs. Still, the release leaves listeners wanting more, especially in the context of her label debut. She layers reverb, synths, and lo-fi vocals in an attempt to create a unique sound, but falls short. Songs on NK/AH often blend together to the point where they’re easily forgotten. Vu’s singing is her strong suit, with her deep and powerful voice, but on songs like “Reflection,” her vocals are distorted, losing their force.

Still, songs on NK/AH show Vu’s potential to become a full-on popstar—or rockstar. “Passenger” starts with a driving drum solo before she brings in bouncy piano chords to soften the edge. “Order” notably never lessens its intensity, as Vu lays heavy vocals and world-weary sentiments over an incessant grunge guitar riff. The track culminates with a sparse drum solo and Vu delivering a pulsating, melodic cry.

One of the EP’s most powerful moments is when Vu passionately screams the second chorus of “Outside,” breaking from the song’s saccharine vocals. This sonic explosion adds new meaning to the phrase, “I don’t really wanna wake up / Oh there’s nothing to wake up to.”

Vu says she tried to include a variety of genres within each EP. “I have maybe two modes, or three,” Vu said. “I have the indie pop songs, and the garage-y songs, and the slow songs. So I kinda wanted [the EPs] to be sort of balanced in that way.”

On Anne Hathaway, Vu prefaces “Order” with “Insider,” the longest track on either EP and one of the few strong songs not already released as a single. In sharp contrast to the harsh ambience of “Order,” “Insider” allows for gentle, honest introspection. With circular note progressions and higher pitched vocals, the song incorporates elements of “Actress” and “Outside” for a slower and ethereal success.

However, in an effort to balance Nicole Kidman’s first three stand-out tracks, Vu closes the EP with two that are aggressively slower in tempo and melodically simplistic. The chorus of “Everyone in the Room” features a monotonous drawl, making the whole song feel anticlimactic. Vu ends with “Worm,” a stark track continuing the EP’s downward momentum, similar to how Anne Hathaway fizzles out with the controlled desires of “Fighter.”

While NK/AH exhibits some growing pains, listeners gain valuable insight into Hana Vu’s growth as an artist. Singles like “At the Party,” “Actress,” and “Outside,” are unlike anything currently within the mainstream indie-pop genre. The experimentation with different sonic textures on these EPs can only create excitement for what her future works will sound like. As Vu says, “I grew up, I’m growing up, I’m learning, I’m absorbing things and going through stuff like any normal person does. I think just inherently, the more I learn, the more is implemented into my music.”

Trailer Takes: Colossal, Raw, and The Lost City of Z