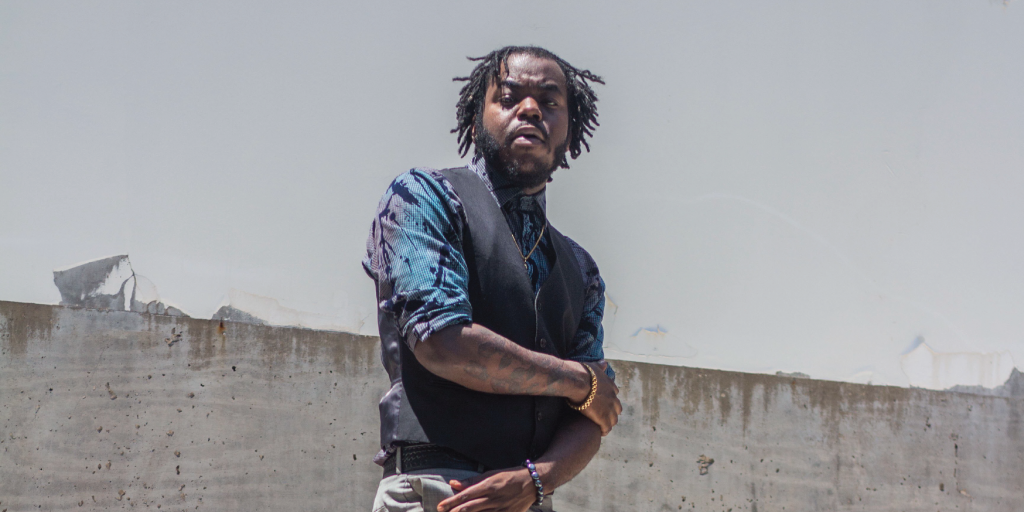 The U.S. Department of Education published a letter on Sept. 22 threatening to revoke funding for the Duke University and University of North Carolina (UNC) Consortium for Middle East Studies. The letter criticized the program for sponsoring an outdoor concert by rapper Marco Pavé, described as “a Millennial Muslim from Memphis” who conducts hip-hop and social justice workshops. The Department of Education leveled the charge that by hiring Pavé, the Duke-UNC program had failed to use their funding to “ensure the security, stability and economic vitality of the United States.”

Now, Pavé, born Tauheed Rahim II, is Georgetown’s first hip-hop artist-in-residence. Since his inaugural Sept. 6 discussion in McNeir Hall, Pavé has worked with the departments of Performing Arts and African American Studies to organize Critical Frequencies: Live from the Southern Hip-Hop Stage, a series of discussions designed to explore hip-hop’s influence on entrepreneurship, culture, fashion, politics, social justice, and the music industry. Some Critical Frequencies events include an Oct. 4 discussion on sneaker art and its ability to critique societal injustices, as well as an upcoming Nov. 15 panel exploring African American entrepreneurship within the art industry.

Being an artist-in-residence allows Pavé to focus on producing new music from his office in New North while receiving financial backing from the university. “I’m just free to learn and explore all types of musical capabilities that I have, that I haven’t tapped into,” he said. During his residency, Pavé hopes to work directly with students on their music and have them engage with the rich history and legacy of hip-hop.

“I’m planning and building a ton of events on campus that really explore hip-hop culture and really explore critical things that people can dive into and put their teeth into and understand more about this country, but through a hip-hop lens,” Pavé said. When asked what he hopes students will learn from Critical Frequencies, Pavé said, “I want people to understand where [hip-hop] comes from and not only be consumers, but be students of it.”

For Pavé, hip-hop has played an essential role in the creation of modern American life. He believes hip-hop has moved beyond simply being a music genre and into the realm of a cultural force. “Without hip-hop, everybody’s lives would be boring,” he explained. “The way we dress, the way we talk, the way we communicate with our friends is all through hip-hop.” Because of this, Pavé not only aims to produce music for people to enjoy, but also to learn from.

Issues of equality and identity are prominent themes in Pavé’s work. He expresses his background as an African American, Muslim, and millenial through his music, which he views as a platform to discuss social justice and empower young people to share stories about their own lives. Prior to becoming artist-in-residence, Pavé worked as a Memphis Music Initiative teaching fellow to educate middle and high school students about hip-hop music, culture, and activism. He has released several singles, a 2015 EP called Perception, and a 2017 album titled Welcome to Grc Lnd (pronounced “Graceland”).

Pavé’s path to Georgetown did not come without obstacles. He admitted that the consequences of speaking up for social justice, especially as a Muslim, can be daunting. But despite being scrutinized by the Department of Education, Pavé has not been deterred from his mission. “It makes you be fearful of what the repercussions can be for just speaking out, but that’s all we can do,” he said of the executive letter. “My life is basically to always show people that we have to push back.”

Long before he was performing at universities or drawing the ire of the Trump administration, however, Pavé discovered hip-hop during his childhood in Tennessee. He described how, in the sixth and seventh grade, he would listen to artists like Lil Wayne and Missy Elliot, wanting to follow in their footsteps and learn from their musical styles.

Pavé frequently cites his upbringing in Memphis as a major influence on his approach to music and perspective on society. His early life shaped a major theme of his work: transforming a negative situation into a positive outcome. “Growing up in Memphis was definitely one of the most difficult things I’ve done because I didn’t want to go the traditional route of gang culture,” he said. “I had already done that by 15 years old. For me, I was trying to get away from that.”

He described how escaping the cycle of violence and focusing on his music career was especially challenging for him. “If you’re trying to branch out and do something completely different without any support systems, then it’s going to be totally difficult,” Pavé explained. “The way I built my platform as an artist basically was to challenge the system.”

In addition to his own personal history, Pavé uses music to explore Memphis’ public history. “If you look at people of color in any city, most likely they’ll have a similar story, but Memphis definitely has its own specific style of racism,” he said.

He recounted the city’s historical associations with slavery, Jim Crow, and the Civil Rights Movement. Located on the banks of the Mississippi River, Memphis, according to Pavé, is a city founded on the profits of companies that sold cotton and transported slaves downriver to plantations in the Deep South. After the Civil War, the city was subject to a century of Jim Crow laws and the oppression of African Americans. In 1968, just three years after the passage of the Civil Rights Act, Martin Luther King, Jr. was assassinated in the city, dashing many Americans’ hopes of racial progress and societal reform.

Through his work, Pavé contextualizes Memphis’s place in the history of the struggle for racial justice, discussing how the city’s past connects with the experiences of Americans today. “That’s the shadow we live in, and that’s the reality we live in, because 50 years after MLK, not a lot has changed,” Pavé said.

The music video for “Black Tux,” the lead single from Perception, epitomizes his focus on using his life’s experiences to create socially conscious hip-hop. In the video, Pavé delivers his rhymes inside a crumbling factory in Memphis, symbolizing the structural inequities people of color face in the post-Jim Crow South. The video is interspersed with black-and-white flashbacks that show some of the difficult decisions Pavé had to make on the way to fulfill his dream of becoming a hip-hop artist, including forgoing job opportunities in order to focus on making music. Dressed in the titular black tuxedo, Pavé stands in stark contrast to the decay around him, representing how he has sought to escape the challenging circumstances of his childhood and build his own legacy.

Through his music, Pavé says he wants to give a voice to young people across the country who seek to challenge and overcome issues of systemic inequality and injustice, all while trying to stay afloat and pursue their dreams. “That’s the point of the music. It’s to show people that miracles can happen, show people that the impossible can happen if you just put your mind to doing something that’s outside of what your circumstances are.”

Despite the initial obstacles, Pavé is grateful for what he has been able to accomplish in his career as a hip-hop artist. “I come from a very negative situation from the socioeconomic standpoint, but also from the interpersonal family standpoint, from abuse,” he said. “And I’m sitting here at Georgetown University as an artist-in-residence today.”

Darren Jian Darren is an assistant news editor and a sophomore in the College studying government. Some things he likes are playing tennis, bopping to throwbacks, and cancelling all student loans.

2 COMMENTS ON THIS POST To “Marco Pavé, Georgetown’s First Hip-Hop Artist-In-Residence: A Conversation on Rap, Social Justice, and Self-Empowerment”