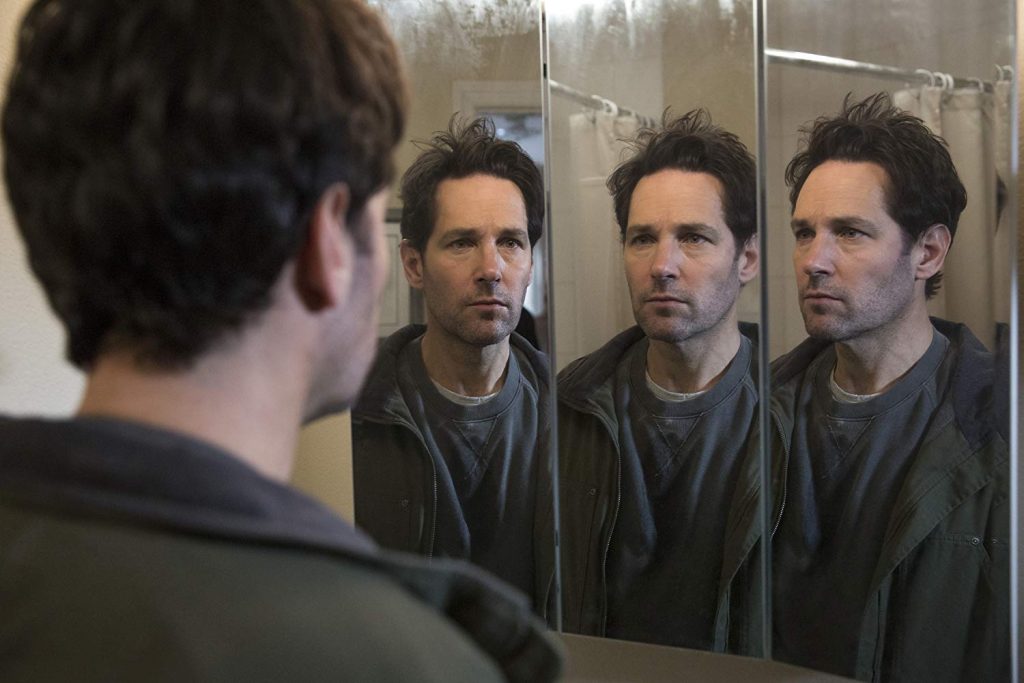 Living with Yourself Doesn’t Seem to Make Much of Itself

Recently, Netflix released Paul Rudd’s new show Living with Yourself. A seemingly unique story with lots of potential, the show follows a man named Miles Elliot (Paul Rudd) who, burned out with his comfortable, suburban life, goes to a strange strip mall spa that supposedly transforms clients’ worlds. Claiming that they will scrub his DNA and give him his best self, they instead clone him and transfer his memory to his clone.

But they don’t kill the original Miles as intended, leading to two of the same person. The two Mileses take advantage of having the other around: the original retreats from his regular work and starts to write a play, while the ever-happy clone starts impressing his coworkers and his wife Kate (Aisling Bea) with his productivity and spirit. Everything is great until the two become jealous of each other. Old Miles detests how amazing his clone is at his job and with his relationships, while clone Miles despises how the original gets to spend his life with Kate. The rest of the show tracks how this animosity between the two affects them over time. It’s also at this point that the show starts to lose its initial excitement and originality.

An unpalatable mixture of cheesy and existentialist, the only good thing in this show is Rudd. It fails to live up to TV series like The Good Place, which so neatly give viewers philosophical discourse and laugh-your-pants-off comedy in one unified package. Audiences can see the plot twists from a mile away, and the writers leave so many loose ends that never become resolved by the finale. For example, what happened with the FDA? What happened to the Hillston CEO who sent Miles the threat? Even crazier, how will the two Mileses and Kate raise their child together? The show seems to think that audiences will just let go of these things, but they instead end up leaving them unsatisfied. Considering how Netflix hasn’t approved it for a second season, this season’s finale could be the end of the show, meaning that we may never get an answer to these questions.

No matter how much I dislike the writing on this show, the acting, specifically Rudd’s, is excellent. He plays both characters, who are similar, but so different in so many ways, with such ingenuity and hilarity—the nuances of each character’s personalities and body language are very clearly presented in every scene. Probably my favorite scene in the entire show was when the clone starts behaving like the original Miles in order to trick his wife. Rudd playing the clone pretending to be the original Miles is so spotless that it is almost scary. Only Paul Rudd could have pulled off such a feat.

The writers have so much to work with in this show, but they fail to utilize their premise and actors effectively. They could have done so much more with this show had they tried. If you really like Paul Rudd and need something vaguely not boring playing in the background while you work, then this is the show for you. Otherwise, steer clear.

Living With Yourself Paul Rudd The Good Place

Chetan Dokku Chetan is a freshman in the College who has no idea what he wants to study. He loves TV shows and TikTok and is an assistant editor for Halftime Leisure. 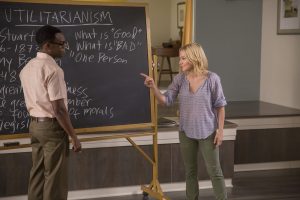