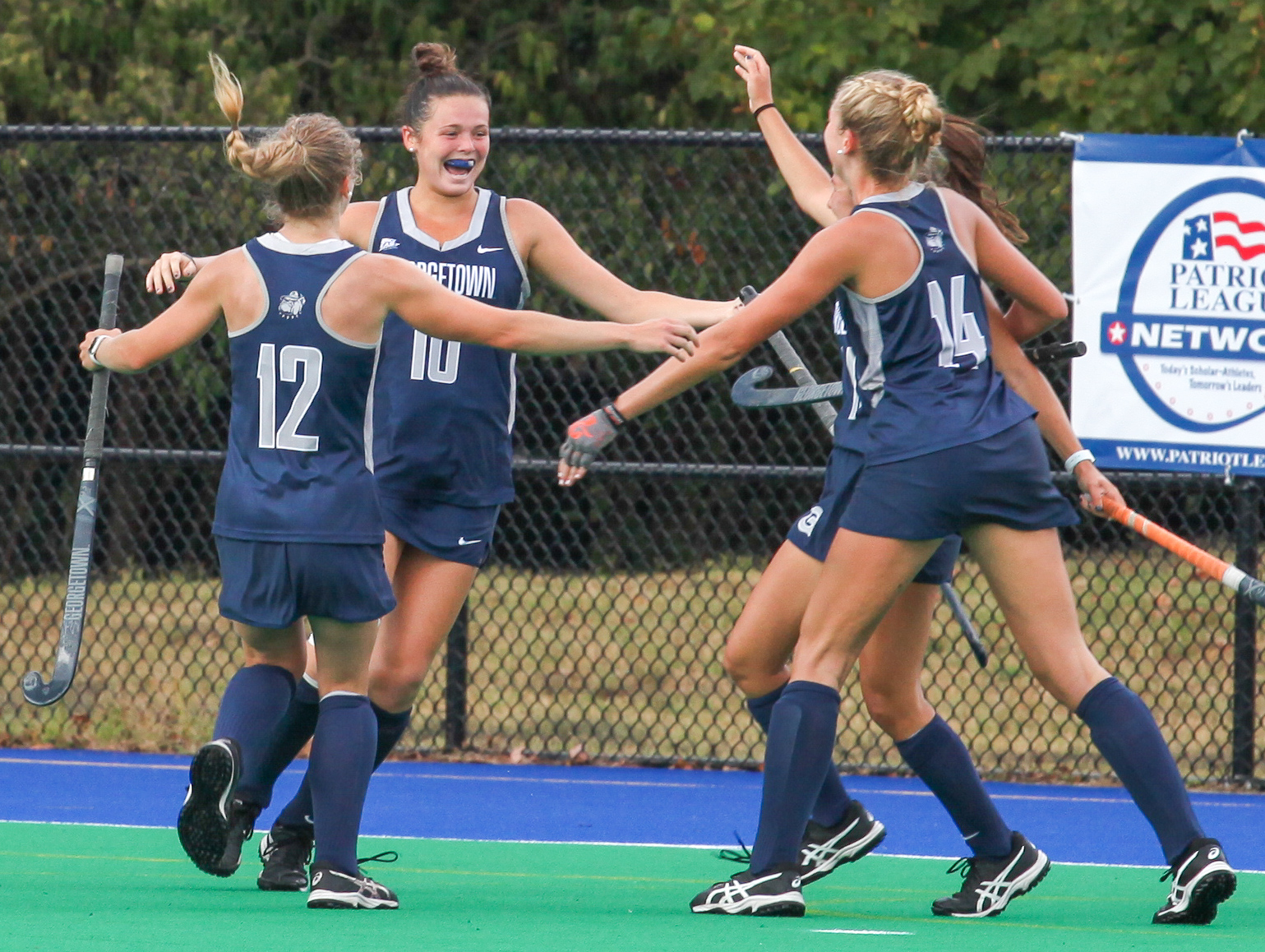 Senior midfielder Michaela Bruno nearly shocked the Huskies with a great opportunity in the first minute of the game but her shot was saved. In the fourth minute, junior midfielder Jessica Dembrowski took UConn’s first shot, but GU’s defense came up with a block. Three minutes later, Hoya sophomore goalkeeper Ciara Weets was called in to make her first save of the game. In the ninth minute, sophomore forward Maddy Wray scored off of a Dembrowski pass to give the Huskies the lead.

In the 16th minute, UConn earned their first penalty corner, but freshman back Claire Jandewerth’s shot was blocked. The Huskies earned another penalty stroke in the 18th minute but Weets came up with a great save on Jandewerth’s shot. In the 22nd minute, Bruno took the Hoyas’ second shot of the game, forcing UConn redshirt sophomore Cheyenne Sprecher to make the save.

The Huskies started the second half hot, with freshman midfielder Sophie Hamilton scoring off of a rebound. The Hoyas were able to slow down UConn for most of the third quarter, but the Big East champions stepped on the gas with four minutes to go, enjoying three penalty corners and three shots in that span. Sophomore midfielder Abby Gooderham put the game out of reach with another goal, in the last nine seconds of the third quarter.

UConn continued to pepper the Georgetown goal with shots in the fourth quarter, but the Hoya defense held strong. Georgetown countered in the 53rd minute, as junior forward Cami Osborne nearly found the back of the cage, but the Hoyas’ final shot of the game ricocheted off the post. The Huskies earned another penalty stroke in the 58th minute, with senior forward Svea Boker converting this time around. 19 seconds later, Boker scored the fifth and final Huskie goal of the game off of a breakaway, handing Georgetown its thirteenth loss of the season.

Two days later, the Blue & Gray took a short trip across Connecticut to take on Sacred Heart. In the Pioneers’ previous game they fell 3-0 to Rider (12-6, 5-1 NEC), adding another loss to what had already been a poor season. The Hoyas looked to snap this trend by starting the game strong, with Osborne taking a good shot in the fifth minute that was ultimately blocked. Just 16 seconds later, Georgetown earned a penalty stroke, keeping the pressure on Sacred Heart. Senior back Emily Fraser stepped up to take the stroke, finding the left side of the cage with her shot, giving the Hoyas their first lead in a game since October 13th. With a minute left in the first quarter, Bruno sent her shot wide of the cage. GU’s defense held the Pioneers shotless in the first quarter.

In the 19th minute, SHU earned their first penalty corner, but the Pioneers were unable to take a shot. A minute later, the Hoyas charged down the field and Osborne’s shot was blocked by SHU’s defense. In the 21st minute, Weets made her first save of the game and Hoya junior back Ali Cronin was given a green card. With two minutes left to play in the half, junior back Anna Farley played the ball upfield to Bruno, who scored with a lofted shot into the top right corner, giving the Hoyas a 2-0 lead. Bruno almost found the back of the cage 13 seconds later but her shot sailed wide.

Bruno continued to put pressure on Sacred Heart’s back line, hitting the post four minutes into the second half. SHU senior forward Colleen McAninley’s shot in the 48th minute, required another save from Weets. A minute later, senior midfielder Marlene Koellner was given a green card. With five minutes left in the quarter, freshman forward Domenica Rehmann took the final shot of the quarter for the Hoyas but the Pioneers’ defense blocked the shot. SHU freshman forward Mia Katterman picked up a yellow with 32 seconds left.

Georgetown continued to attack the SHU goal, with Osborne’s shot being saved by redshirt sophomore goalkeeper Alyssa Stevens. A minute later, Cronin had her shot, coming off of sophomore midfielder Halle Gill’s penalty corner, blocked. Bruno was shown a green card with a minute left in the Hoyas’ victory.

The Hoyas finished the season 6-13. Their win against Sacred Heart snapped a 10-game losing streak and ended the season on a much needed win.

Live stats are available at guhoyas.com. Follow @GUVoiceSports on Twitter for coverage and continuing coverage of fall sports at Georgetown. 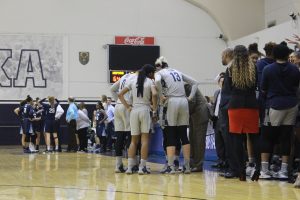