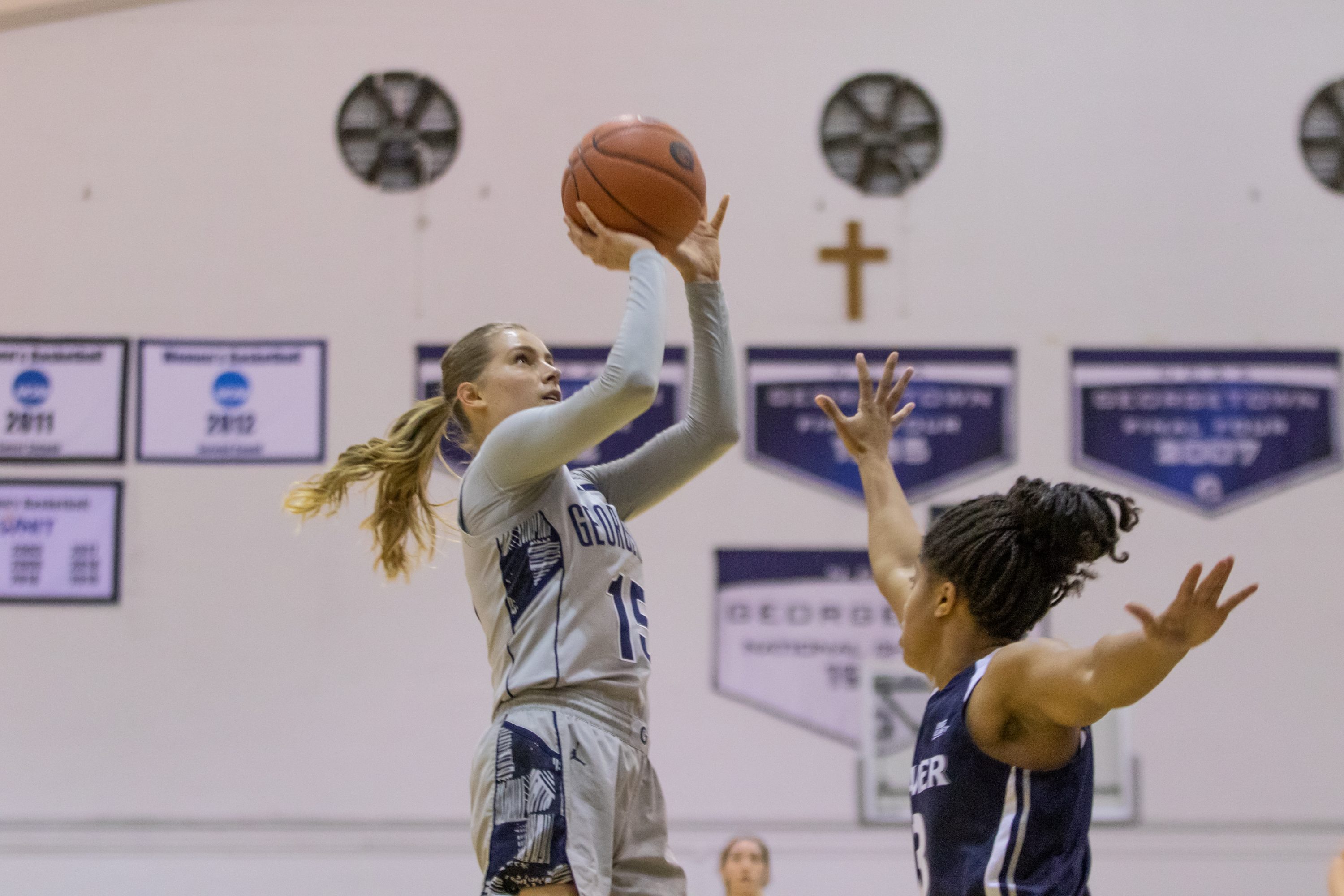 On Friday night, the Georgetown women’s basketball team (4-17, 1-9 Big East) fell at home to the Seton Hall Pirates (13-8, 6-4 Big East), 61-47. Sophomore guard Nikola Kovacikova led the Hoyas’ effort, notching a double-double with 20 points and 12 rebounds. For the Pirates, senior guard Alexis Lewis also recorded a double-double with 18 points and 10 rebounds. The Hoyas held the advantage for most of the first half, but were eventually overpowered by the Pirates’ offense.

“She did a great job of playing aggressive on both sides of the ball,” Georgetown Head Coach James Howard said of Kovacikova’s game. “She needs to keep doing that if we are going to win games.”

After three straight turnovers on the game’s first possessions, Kovacikova hit a three from the wing to begin the scoring. On the following possession, she dished to senior forward Anita Kelava who sunk a short jumper. Following a Kovacikova miss, senior forward Shadeen Samuels converted a fastbreak layup to get the Pirates on the board. The Hoyas were able to get out to a 10-4 lead early on, cemented by another triple from Kovacikova, this time on a fastbreak. Field goals by senior guard Marvellous Ogasie-Eresie and graduate student guard Taylor Barnes helped maintain a steady lead, but 3-pointers from Lewis and freshman guard Mya Jackson allowed the Pirates to cut the margin to 16-12 at the end of the first quarter.

The second quarter started out quickly. Seton Hall’s junior guard Desiree Elmore made a second-chance layup, answered by a mid-range jumper from Barnes. Pirates freshman guard McKenna Hofschild drilled a three for her first points, bringing Seton Hall within 18-17, but Kovacikova replenished a three-point margin with a contested layup. Barnes and freshman guard Lauren Park-Lane traded threes before a media timeout, but both teams then went cold for the rest of the half, stumbling to a 25-25 halftime tie.

By the intermission, Kovacikova led all scorers with 12 points, and had notched a first half double-double with 10 rebounds.

Right out of the break, Kovacikova continued her strong game with a contested triple, but Seton Hall responded by rattling off a 7-0 run to force a Georgetown timeout. The Pirates then scored four more unanswered until sophomore guard Cassandra Gordon hit a three to stop the bleeding. The Pirates kept the pressure on, however, and consecutive triples from Lewis put them up 44-31 with 2:38 left in the third. Kovacikova hit from deep to cut the deficit to 10 in the final minute, but Elmore sunk a layup quickly thereafter to take a 46-34 lead into the final quarter.

Opening the final quarter, Gordon hit a quick three to bring the margin to nine, but the Pirates refused to slow down, stretching the lead to as large as 16. The Hoyas were never able to mount any comeback effort, as the Pirates controlled the remainder of the game.

The Hoyas return to McDonough on Sunday at 2:00 p.m., looking to bounce back in a matchup with St. John’s (13-7, 6-3 Big East). The game will be streamed on the Big East Digital Network. For continued coverage of women’s basketball and all Georgetown sports, follow @GUVoiceSports on Twitter. 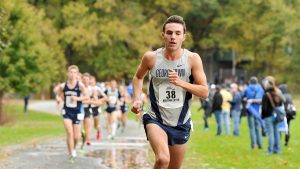 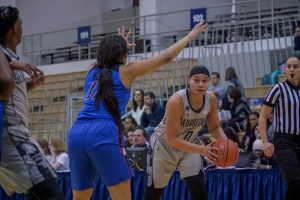 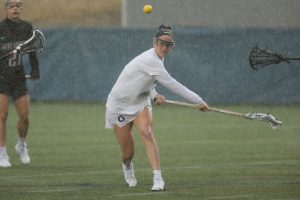