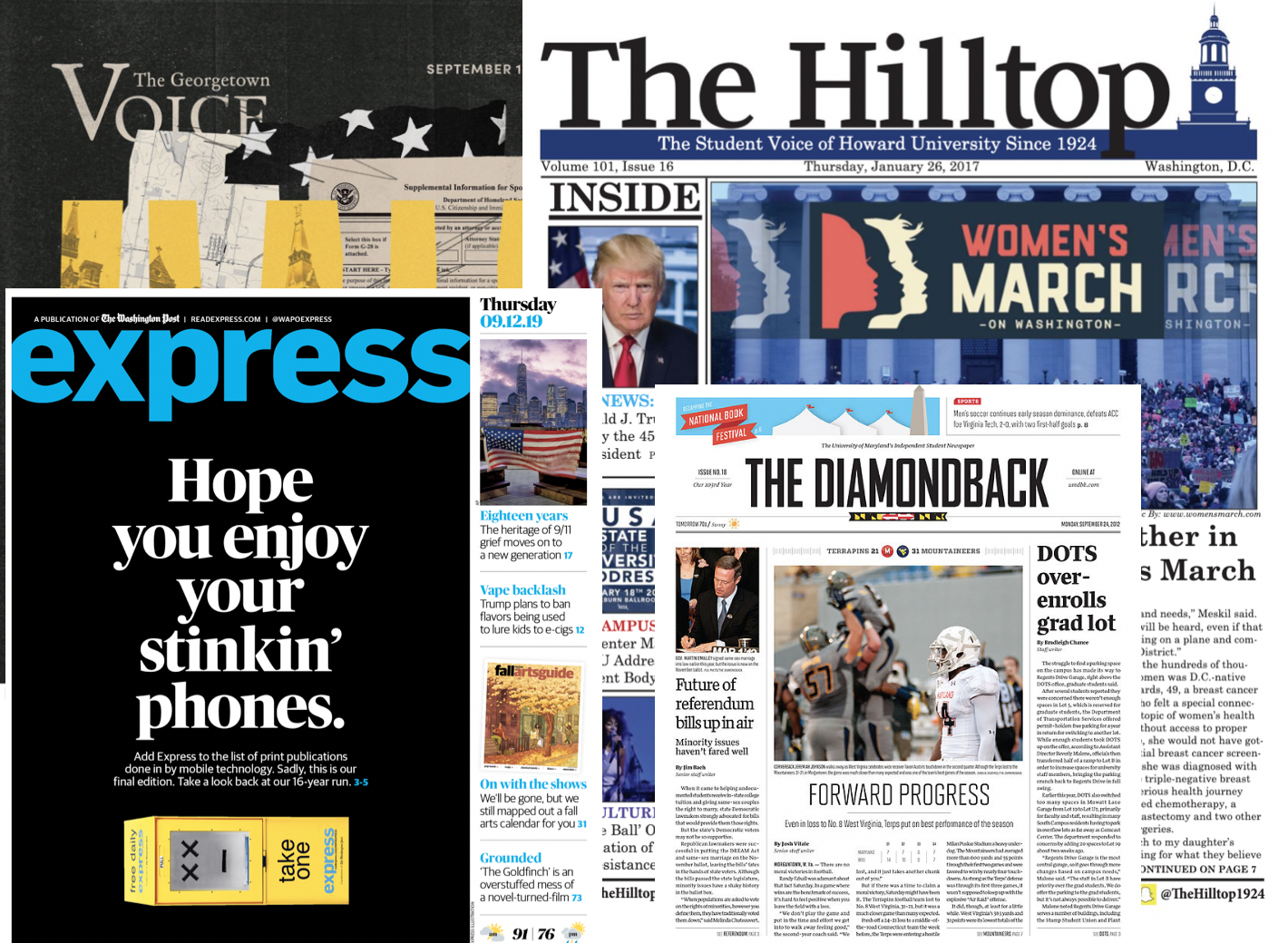 The Washington Post, The Diamondback, The Hilltop, and Jacob Bilich

It’s no secret that newspapers across the country have been going out of print at alarming rates. In our own backyard, The Washington Post’s Express stopped printing on Sept. 12, and The Diamondback, the University of Maryland’s student newspaper, ended its print run as of Sept. 30. Most recently, The Hilltop, Howard University’s student newspaper, was forced to suspend print publication following serious financial difficulties.

In 2015, the Voice began printing bi-weekly as opposed to weekly. Further, we were forced to cut our print circulation from 4,000 copies to 1,000 in 2017 following a 39.5 percent cut to the budget allocated to Media Board, the advising and funding structure for Georgetown student media organizations. As our editorial board wrote at the time, “We are not perfect. Much of what we do is not world-changing, but we work hard to tell and give voice to valuable stories.”

As anti-media sentiment and financial obstacles to publication increase, we believe that student print media is even more essential now than ever.

The Hilltop is an 89-year-old newspaper, which has not gone without a print issue to kick off the school year since 1965. This cut in their print run was an abrupt, unexpected decision, precipitated by the fact that the paper reported a nearly $280,000 budget deficit at the close of the 2018-19 school year. Two $50,000 checks to cover The Hilltop’s operating costs were not deposited by university administration into the paper’s account, and no Howard employees can explain the mix-up, according to The Hilltop. The paper had already been around $70,000 in debt, but the abrupt jump has not been explained by the university to Hilltop staffers. To continue with a weekly print run, The Hilltop would need to generate $60,000 in annual ad revenue.

The Hilltop also lost its longtime business advisor to an unexpected layoff in 2018, after Howard’s Cathy Hughes School of Communications’s budget was cut. While the paper’s budget mixup is due in part to university staff transitions, it also points to a larger deprioritization of Howard’s student media.

The Hilltop, founded by author Zora Neale Hurston and anthropologist Louis Eugene King while they were students, has a rich and valuable history of providing an outlet for student journalists on Howard’s campus. The fact that it has had to radically alter its printing capabilities, at least in part due to clerical errors and administrative miscommunications, points to the fact that maintaining its print run was not a priority of the university.

Howard is a historically black university established in 1867. The university’s historical impact as a black college makes it even more significant that student writers have a voice, and that is now being reduced due to the shift from print to online publication.

It is essential that college students across the country are able to pick up student papers to stay informed of what’s going on on their campuses. Unlike online content, print editions of newspapers can spark the curiosity of those who wouldn’t have read them otherwise. When you see the cover of a student newspaper every time you walk into a building, you can’t help but pay attention.

Student newspapers are the only ones to cover the day-to-day controversies and challenges of student life, but they are also in a unique position to speak truth to power. If a university is consistently called out for inappropriate behavior, there is more pressure for change. In 2018, amidst a system glitch that Howard students feared would prohibit them from registering for on-campus housing, a student emailed University President Wayne Frederick to express her concern and ask for a solution. The president replied, “Your tone and tenor is inappropriate,” and directed her to the “appropriate offices to handle this matter.” In situations like this, it’s essential that there is a student newspaper on the ground to cover events as they unfold and to hold an administration accountable.

Printed editions also produce a set of paper archives that are integral to the school’s history and can be saved for posterity. While online archives can be maintained, chronological paper volumes create a more accessible and permanent record of campus.

Working for a university publication also offers students opportunities for greater engagement with on-campus events and unique contact with administrators. Through reporting, student writers gain knowledge on events and issues they otherwise might not be acquainted with and in the process expand their own role in on-campus discussion. Without robust student journalism, universities lose some of the most engaged and invested students in their communities.

Student journalism is not only beneficial to on-campus readers but provides uniquely valuable skills to the staffers who dedicate time to university publications. Print journalism provides students with pre-professional experience, allowing them hands-on learning in the print process. Student journalism provides students the opportunity to develop their own individual voices and publish their own work for a wider audience, and the ability to do it in print adds an important dimension.

While students can benefit from publishing articles online, the added component of print allows staffers the setting to expand their journalistic skill-set from writing and editing to design and layout. At the Voice, the design of our publications is integral to our identity, and would be severely limited with a solely online format.

Print journalism is also valuable to prospective students. The fact that printed publications are hard to miss helps touring students seeking to discover if Georgetown is the best university for them and a place they can call home. Outside the admissions pamphlet, how do prospective students know what actually goes on on campus? Paper editions provide a realistic look into Georgetown dialogue, community, and life. It’s important that students learn about a university in a way that is not manufactured by the administration itself. Campus newspapers refuse to infantilize their readers, providing a comprehensive look at life on campus. The visibility of print journalism makes it harder to ignore students’ voices, especially if what they say disrupts the university’s carefully curated narrative.

Not only do student journalists shed light on campus events for their university communities, but their reporting can often provide jumping-off points for national coverage. In the past year, Georgetown student journalism alone has been essential in breaking national news stories like the college admissions scandal, the GU272 referendum, and the proposed Maryland solar project.

While some argue that switching to online-only publication reduces costs, this is not strictly true. Print editions invariably cost more to produce, but they also provide more valuable advertisement space to generate revenue. Publications across the country, student or otherwise, have struggled to monetize online space, and as of now, relying solely on online ads is unsustainable.

As student journalists ourselves, we can attest to how deeply we are invested in our print product. We spend hours poring over every word on every page, searching every line for typos or design mistakes. We stay up so late and put in so much work in service of a product that is bigger than ourselves, a product that has a university-wide impact. Seeing our names in print provokes a sense of pride in the journalism we create. In a time where journalistic endeavors are at risk of being pushed entirely out of tangible existence, we reject the systematic devaluation of print journalism and affirm the value that print production adds to student voices. 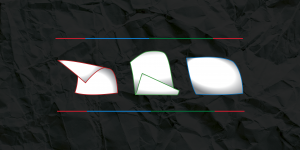