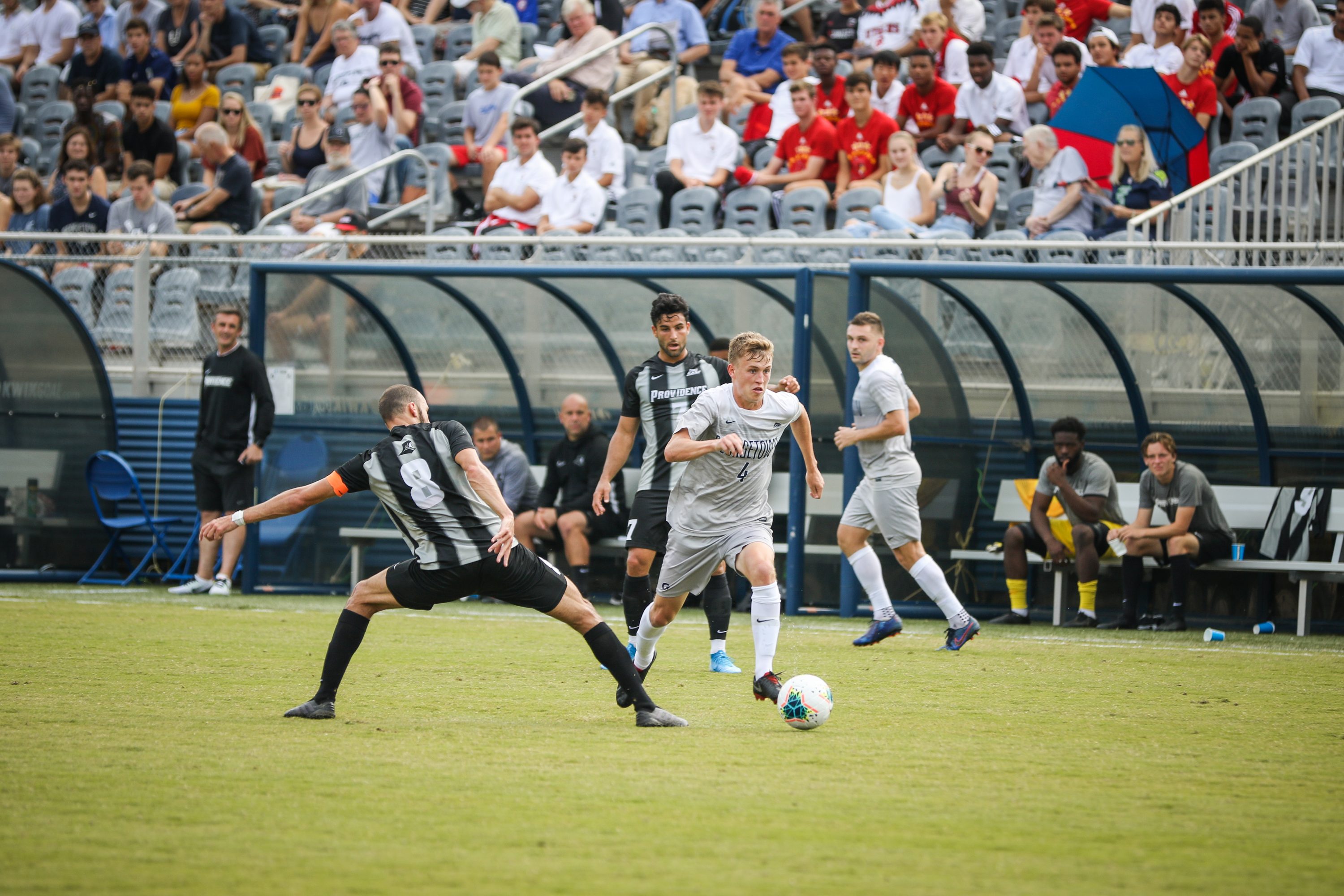 The Georgetown men’s soccer team is 90 minutes away from its third straight Big East Tournament championship, to be decided Sunday at noon on Shaw Field. Standing in their way are the red-hot Providence Friars, winners of six straight matches. Meanwhile, the No. 3 Hoyas haven’t quite played up to that billing of late, having been tied in their last two matches after 120 minutes. The Blue & Gray bested Providence 2-1 at home on Sep. 28, but the visitors have looked a changed team of late ahead of what promises to be a fascinating match.

Georgetown (14-1-3, 7-0-2 Big East) saw a frenetic start to their semifinal matchup against Butler on Wednesday. After GU sophomore midfielder Sean Zawadzki blazed a ball through traffic to open the scoring in the third minute, the Bulldogs pegged them back just four minutes later on the counterattack. Both sides would settle in after Butler nearly went ahead with a shot that rang off of freshman goalkeeper Tomas Romero’s crossbar, but the Hoyas found their go-ahead goal when senior forward Achara earned and converted a penalty kick early in the second half. However, an impressive low, driven shot from Butler senior forward Brandon Guhl in the 70th minute would set up extra time, after which neither side could find the winner. After penalty kicks began with both sides succeeding on their first three attempts, two Bulldog misses set up sophomore midfielder Dante Polvara, who smashed his penalty down the middle to book the Hoyas’ place in Sunday’s tournament final.

The Friars (14-5-0, 6-3-0 Big East) conceded for the first time in three matches when St. John’s went ahead in the 14th minute in their semifinal match. Sophomore midfielder Paulo Lima, PC’s leading scorer, expertly glanced a header into the far corner of the net off of a corner to level the game in the 50th minute for his sixth goal in as many games. Providence had the Red Storm under siege for most of the second half, outshooting the hosts 13-4 in the frame, and finally went ahead in the 87th minute when redshirt senior forward Trevor Davock did well to win the ball down the right flank and square towards the box, where junior midfielder Davis Smith was on the spot to slot home a rebound and seal the match for the Friars.

When the two sides met in late September, the Friars acquitted themselves well against the then-No. 2 Hoyas, outshooting the hosts 11-5. However, GU was the more efficient outfit, getting all five of their shots on target while PC only managed three shots on goal. Junior forward Derek Dodson gave the Hoyas the lead from the penalty spot in the 48th minute, before senior midfielder Foster McCune finished off a Dodson cross to put the Hoyas ahead by two. The Hoyas would be pegged back one goal in the 80th minute, but prevailed.

While Georgetown has won the Big East Tournament two years running, this is Providence’s first visit to the tournament final since 2014, when they won the only conference title in program history. The match will be televised on Fox Sports 2 with live stats available at guhoyas.com. Follow @GUVoiceSports on Twitter for coverage of all sports on the Hilltop. 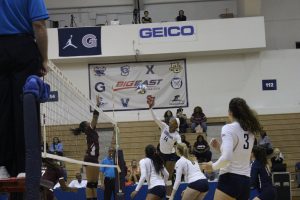 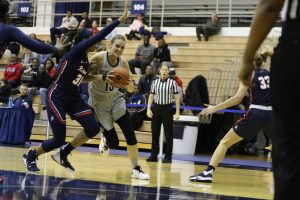