Directed by Olivia Wilde, this coming-of-age movie perfectly balances raw, unrequited love with hints of a happily ever after. Molly (Beanie Feldstein) and her best friend Amy (Kaitlyn Devers) want to have one night that epitomizes the “cool” high school experience before they graduate. Throughout their chaotic evening, both Amy and Molly gain the confidence to talk to their respective crushes. Booksmart masterfully incorporates a diverse variety of storylines in an honest, humorous fashion. As one of the few movies of 2019 to do justice to an LGBTQ+ plot line while simultaneously destigmatizing some of the very real struggles high school seniors encounter, Booksmart is a great example of why more female driven movies need to be accepted by Hollywood. – Anna Pogrebivsky

Parasite is a film best experienced blind. Directed by genius filmmaker Bong Joon-Ho and set in South Korea, the story follows the impoverished Kim family who become employed by the egregiously wealthy Park household. A satirical heist turned suspenseful thriller, the film explores the brutal, cyclical nature of poverty with a visceral plea for class solidarity in the cruel face of capitalism. It became an unexpected hit, breaking barriers as an international film by finding widespread box-office success. With haunting performances and a nail-biting story that’ll stick with you long after the credits roll, Parasite is not just one of the best films of 2019, but of the decade as a whole. – Dajour Evans

3. Once Upon a Time In Hollywood

Featuring truly fantastic performances from Brad Pitt and Leonardo DiCaprio and the best production design of the year, Once Upon A Time In Hollywood is a beautiful love letter to Old Hollywood. It’s essentially a hangout movie, following the lives of a washed up actor, his stuntman, and their neighbor, Sharon Tate, in the days leading up to the Manson murders. Director Quentin Tarantino channels his three decades of experience as a filmmaker into a meticulously crafted vision of late-1960s L.A. Surprisingly, he adopts a more mature and reflective tone, saving his typical bombast for an explosive final sequence. The result is almost melancholic, an ode to both a bygone era and a future that sadly can never be. – Steven Frost

Lulu Wang’s comedy-drama beautifully tackles the complexity of Asian American identity, and captures the often-difficult experience of putting family before self out of love. The Farewell tells the story of Billi (Awkwafina), a Millenial New Yorker, and her immigrant family returning to China to visit her grandmother (Zhao Shuzhen) who is dying of lung cancer. Determined to prevent Nai Nai from learning about her fatal condition, the family stages a fake wedding so everyone can gather to say goodbye. Billi struggles between American values urging that she tell Nai Nai the truth and Chinese values prioritizing that she take on the burden quietly so as not to ruin her grandmother’s last living moments. Viewers are challenged to consider this “good lie”: Is it better to live with the knowledge of impending death, or to live in blissful ignorance? – Jaden Kielty

Avengers: Endgame is the culmination of 10 years of blockbuster films, and easily the most epic Marvel movie to date. The follow-up to 2018’s Avengers: Infinity War, it delivers on its weighty task of wrapping up the 22-movie narrative now lauded the “Infinity Saga.” Determined to undo Thanos’s (Josh Brolin) snap, which decimated half of all life in the universe, the remaining cast must band together one final time to bring back the fallen heroes. As the final performance from Robert Downey Jr. and Chris Evans in the franchise, the movie provides an immensely satisfying conclusion. Endgame successfully resolves not just the Thanos storyline, but also the character arcs of each of the six Avengers fans have loved and followed for over a decade. – Orly Salik

Jordan Peele’s second horror film, Us, dives even deeper into the genre than 2017’s Get Out, creating a world in which eerie doppelganger “tethers” ascend from an underground realm to enact revenge on and replace their above-ground counterparts. Star Lupita Nyong’o plays doppelgangers Adelaide Wilson and Red flawlessly, the maniacal tether being one of the most striking performances of her career. The scariest aspect of Us is the feeling it produces that its events could happen in real life—science fiction underlies the horrific reality within this picture, with bone-chilling concepts and sinister imagery that are sure to haunt viewers long after the credits roll. – Olivia Martin

Perhaps the most controversial film of the year, Joker offers a raw and eerie origin story for the iconic supervillain. Directed by Todd Phillips and starring the legendary Joaquin Phoenix, the film follows Arthur Fleck, a failing stand-up comedian slowly descending into insanity as his reality crumbles. His transformation from lank-haired introvert to grinning nihilist in a dapper red suit is both disturbing and remarkable. Though at its core a psychological thriller, the film highlights key societal issues, including the treatment of mental illness, the effects of isolation, and the prevalence of violence. There are no vats of chemical waste nor heroes to oppose here: Fleck could be anyone, and this is perhaps what should frighten us most. – Sara Blomquist

Jojo Rabbit is a rare film: one that tackles both comedy and tragedy successfully when discussing life under Hitler’s regime. Ten-year-old Jojo Betzler (Roman Griffin Davis), a member of the Hitler Youth, makes sense of the changing world around him with the help of his imaginary friend, a satirical version of Adolf Hitler (Taika Waititi) himself. As the war comes to a close, the boy finds out his mother has been protecting a young Jewish girl, Elsa Korr (Thomasin McKenzie), in their home, and he is torn between his Nazi identity and his relationships and moral compass. Griffin Davis’s incredible performance makes the movie especially compelling. Jojo Rabbit is sure to bring audiences both laughter and tears. – Olivia Martin

With multi-talented leading man Taron Egerton at the wheel, Rocketman follows Elton John’s journey to super-stardom, through his childhood and rise to fame. While much of the film is exhilarating, as John experiences love along with phenomenal career success, there are starkly somber moments as well. Rocketman doesn’t shy away from John’s fraught familial relationships and history of substance abuse. The movie offers up blunt honesty, but blends it with magical realism that leaves audiences intrigued, saddened, and all the more aware of who John is as an artist and as a person. Rocketman allows the man behind the music to shine through as brightly as his iconic bedazzled Dodgers uniform. – Emma Chuck

Equal parts heart-warming female friendship flick, thrilling crime drama, and provocative exploration of sex and wealth in American society, Hustlers aims for several notes—and hits them all. The all-star cast of Hustlers alone earns the groundbreaking film a spot on our list. Led by the unlikely duo of Constance Wu and Jennifer Lopez, the film follows the true story of a group of strippers in their attempts to make a living using innovative means, including creating their own cocktail of drugs and charging the credit cards of would-be clients. Bringing viewers into the world of the strip club and all its politics, the film manages to honestly tell the tale of its protagonists’ rise and fall from glory, all while literally asking the audience: Given the opportunity, would you not hustle? – Annemarie Cuccia

More: Avengers: Endgame, Best of 2019, Booksmart, Hustlers, Jojo Rabbit, Joker, Once Upon A Time In Hollywood, Parasite, Rocketman, The Farewell, Us 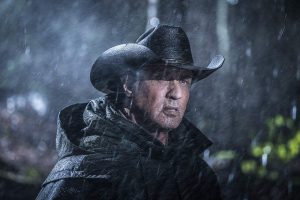 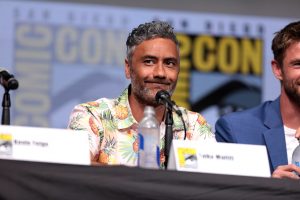