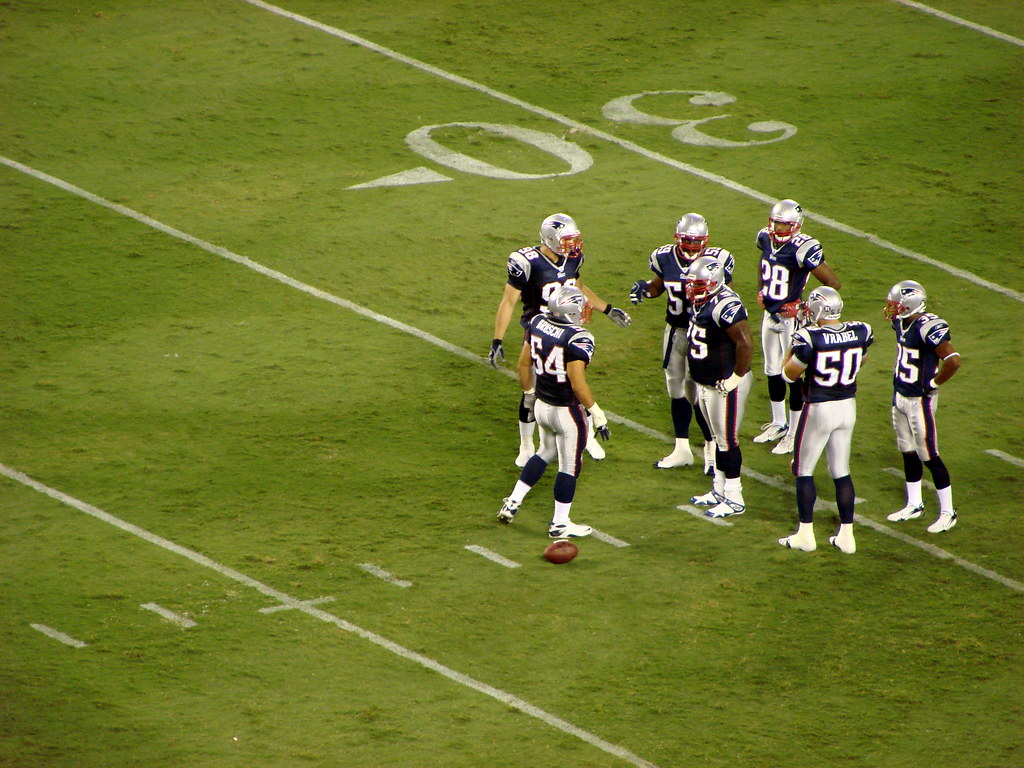 The start of December marks many upcoming events, including the end of the fall semester, the hope of a snow day, and the final month of the regular season for the NFL. The final month of the season means that fantasy football leagues around the country are also entering their playoff seasons. Whether there are high stakes or just competition for bragging rights on the line, many are hoping for the chance to make it into the playoffs of their league. Now with my league entering the playoffs, I thought it would be interesting to share my first season of fantasy football.

Back in September, some of my friends created their yearly fantasy league. Having never made a team before, I was unsure what to expect, and decided to jump in. The season began with the draft where we all gathered in my room to build our teams. Of the twelve people in the league, five knew the ropes and gave the rest of us advice on how to go about constructing our teams. The draft went more or less as expected with the more advanced players calmly building their teams while the rest of us scrambled to piece together a lineup. Looking back, while the draft was an important starting point for a good season, it was not the sole determinant for the success of a team. The draft order of my team has not proven entirely indicative of the success of individual players, with some surprising busts and stars. My 6th overall pick, David Johnson, has not scored more than 2.5 points since Week 6, while my 174th pick overall, the Patriots defense, racked up an astonishing number of points, especially early on in the season. After the first seven weeks of the season, the Patriots defense would have ranked as the sixth best QB, fourth best RB, third best WR, and best TE in terms of points scored each week.

Interestingly, the one member of our league who autodrafted their team (and has not changed the lineup since day one) ended the season with a record of 7 – 6, placing their team in the middle of our league standings. This suggests that a computer made strong picks during the draft — better than many inexperienced players such as myself. Even with multiple injuries and bye weeks impacting players up and down the lineup, the team was able to win seven games. However, a large factor in this success was also the fact that more than half the league had never played before, leading to unchanged lineups and injured players remaining in for the week. One thing that quickly became apparent is that how your opponent performs is almost equally important as how your own team performs. You can have the second highest scoring team in the league for a week, but if you are playing the week’s highest scorer, it will go on your record as a loss. This can mean ending up with the same result on the week as a team that scored half the number of points. Luck does matter. I was lucky over the course of the first few weeks to not have any injured players or weeks where multiple players in my lineup had poor performing weeks, as well as not facing any team with a breakout week greater than my own team.

Around halfway through the season, during Week 7, Matt Ryan was injured on a sack and scored just 2.6 points on the week compared to scores of over 30 in the two weeks prior. Until then, I had been making very minimal changes to my weekly lineup and had not even explored picking up additional players. With injuries and bye weeks beginning to impact my team, I realized that I needed to learn how to replace players who were injured, performing poorly, or on a bye week. While it was something I probably should have learned at the beginning of the season, it was not too challenging to pick up the basics. In the future, I will hopefully remember to actively modify my lineup from the beginning of the year in order to be better prepared for bye weeks as well as the inevitable injuries and weeks facing tough opponents.

I felt that even if I did not always have the closest eye on the day to day happenings in the NFL, the fantasy football system is built so that you can still do well if you watch your lineup and work to improve or at least maintain its performance each week throughout the year. However, paying closer attention to the league inevitably brings knowledge that helps to improve your team. Being able to look in the app at the past weekly performance of a player to see how they have done or if they have had injuries is useful in deciding who to play and who to sit. However, then being able to look at the matchups from each week and know if the opponent had a weak defense, or if a receiving target in front of your player was out injured that week, leading to a surge in points, is even more useful. This is something more knowledgeable players than myself can do. Now entering the playoffs, it is perhaps unsurprising that three of the four teams entering the playoffs are those of people who have played in the past. Call it beginners luck, but the fourth team to make the playoffs is mine. I enjoyed playing for the first time more than I anticipated, and while I by no means am now an expert at fantasy football I would like to think I have learned at least a little from this first season that I will be able to use in future years.