The Jets are the worst New York football team this year…which is saying something.  Wasting away at the bottom of the AFC East at a measly 2-8, the Jets need to make some moves.  They began to address their serious talent deficiency with a trade for Percy Harvin, but the Jets’ woes go deeper.  This has not been the only disappointing season in recent years.  Percy Harvin won’t change that the Jets haven’t made the playoffs since 2010, their last winning season, and will fail to reach the postseason again this year.   Substituting Vick for Geno Smith won’t change that the Jets have had two winning seasons in the past six years.  I have never been a Rex Ryan fan, and this year I thought he deserved the boot more than ever.  But after taking some time to pore over the books, I found some stats that might change the way we think about one of the biggest personalities in football.

We all knew Rex was talented as a defensive coordinator, but his personal accolades as a head coach are just as impressive.  Since taking the helm in 2009, Rex has held firm as an elite coach when it comes to receiving fines.  In fact, during the Jets victory over the Steelers, Rex beat the odds to take home a hefty $100,000 fine, putting his name up with the all time greats.  During his tenure as coach, he has lost a total of $225,000 as what NFL officials now refer to as a “repeat offender.”  His numbers and consistency are truly impressive.

Rex has also showed off his prowess handling the offensive side of the game.  He inherited a 16th ranked offense when he took over in 2009.  Since then, Rex was able to move them up all the way up to 11th, once, in 2011.  Besides 2011, they’ve hovered right around 25th in the league, but consistency counts for something, right?  He finessed a tricky quarterback situation with Sanchez and Tebow, by substituting Geno and Vick.  Talk about thinking outside the box.  This season the Jets are on track to finish dead last in offense.  But don’t you worry, if they keep Rex on board, I have no doubt he can move the Jets back up to 25th next year.

Rex’s overall coaching record of 44-46 is not representative of all he brings to the table.  From bizarre tattoos to ridiculous championship guarantees (Namath-esque in everything but the outcome), it is clear that Rex’s skills at handling the media are beyond compare.  His nuanced responses always keep the focus firmly on the game at hand.  He knows when it’s appropriate to take the blame for the various self-described “ass-whippings,” like Week 3 against the Chargers, and when to put the blame entirely on his own players, like the other 45 losses.  Despite the constant media buzz, Rex has always charmingly shrugged off the big stories, by providing even bigger stories.  Again, his creativity is without precedent.

I know the future for the Jets may look bleak, but history shows that New York can always count on Rex Ryan.  His record may not be great, nor is his attitude, but he’s got other things going for him. He has a .500 success rate on challenges, so that’s not bad I guess.  I’m sure there are other positives…they’ll come to me eventually.  I believe that if the Jets give Rex the chance, he’ll continue the great tradition he started six years ago of exciting quarterback predicaments, thrilling .500 seasons, consistently unproductive offense (and I stress consistent here), and plenty of loudmouth fines.  Why on Earth would we relegate someone like that to his more natural, experienced, talented, capable, practical, qualified, and competent role as a defensive coordinator? 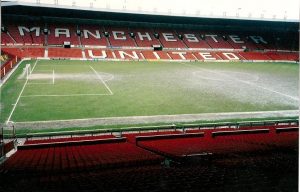