The Golden Globes kick off the 2019-2020 awards season this Sunday with a show that promises to be as problematic as usual. Netflix dominates with a whopping 17 noms this year, with their film Marriage Story leading in 6 categories. After last year’s debate on whether films from streaming services should be included, it seems Netflix doesn’t plan on bowing down anytime soon.

Overall, these nominations are atrocious. The exclusion of not just female directors, but of female driven and led stories is absolutely unacceptable. Look at films like Queen & Slim, for example, which according to black female director Melina Matsoukas, Golden Globes voters didn’t even bother to attend screenings for.

This isn’t surprising. But it’s still incredibly frustrating. Films like The Last Black Man in San Francisco and Luce both featured incredible performances from black leads, yet are completely excluded from the nominee pool. It is 2020, and women and creatives of color are still being unacceptably and indefensibly pushed out.

Here’s a closer look at this year’s quite controversial set of nominations.

The first thing that stands out when looking at the film categories is the blatant disregard for female directors: the Best Director category does not have a single female nominee. It’s baffling, for example, to see a film like The Farewell be nominated for one of the top prizes, Best Foreign Language Film, yet have it’s director Lulu Wang be excluded. Why does the Hollywood Foreign Press Association (HFPA) hate women?

Bong-Joon Ho and Martin Scorsese’s inclusion for Parasite and The Irishman, respectively, are the only two that I can confidently celebrate. The HFPA would be remiss to give this award to anyone other than Ho. Which, unfortunately, means it’ll probably go to Phillips or Tarantino.

When looking at what is essentially three separate Best Picture categories for Drama, Musical or Comedy, and Foreign Language Film, it’s hard not to feel exhausted. First at the completely arbitrary distinction between categories, but then at the nominees themselves. Joker is  nominated for Best Drama for God knows what reason. The Two Popes, a film that has been under the radar up until now also managed to sneak it’s way into Best Drama as well. Yet films like Little Women (as well as it’s director Greta Gerwig) are notably excluded. I’d bet on Marriage Story taking the prize—something I wouldn’t be opposed to.

It’s nice to see Dolemite Is My Name and Rocketman get some love in the Musical or Comedy category. Dolemite is a delightful film bolstered by solid direction and outstanding performances. I didn’t expect Knives Out to be nominated but I’m pleasantly surprised. Booksmart and Uncut Gems erasure is disappointing to see, particularly for the female-led and directed Booksmart. Once again I must ask, why does the HFPA hate women? This award is Once Upon a Time in Hollywood’s to win. I’d rather it go to Dolemite.

Portrait of a Lady on Fire and Parasite are two of my favorite films of the year, so seeing them in the Foreign Language category was welcomed. Parasite deserves to win and I think it’ll get it. However, these films shouldn’t be only allowed to compete in this category to begin with. It’s exclusionary and frustrating, especially when you consider the Golden Globes website has this category placed far below the other Best Picture categories.

Where is Lupita Nyong’o? It’s hard to tell whether she would have competed in musical/comedy or drama, given Us is a horror film (note the arbitrary category distinctions once again). But, regardless, she deserves to be included for giving one of the best performances of the year in a dual role. Awkwafina and Cynthia Ervio are the only women of color to be nominated in the lead categories and, frankly, Awkwafina is the only one deserving. Constance Wu’s exclusion this entire awards season so far for Hustlers has been one of the greatest mishaps in my opinion. Am I frustrated? Absolutely. Am I surprised? Not at all. At least Beanie Feldstien got recognition for Booksmart.

In the supporting categories, I’m pleased to see Laura Dern for Marriage Story. She is a force. I wish Marriet Wever would also get some love for her Marriage Story performance. Her comedic timing was incredible—as was Keke Palmer’s in Hustlers. No Zhao Shuzen for The Farewell. Disappointed.

Eddie Murphy! Antonio Banderas! So pleased to see them get the recognition they deserve for two incredible performances. Not seeing Adam Sandler for Uncut Gems, however, was upsetting. Eddie Murphy deserves to win in the musical or comedy category, but I fear it’ll go to Leonardo Dicaprio. Taron Egerton could potentially sneak in there given his biopic role that awards season loves to see men play (see Rami Malek’s Bohemian Rhapsody (2018) sweep last year). I wouldn’t be too mad, he was actually quite good—but come on. Murphy deserves this.

In the lead Drama category it’ll probably go to Adam Driver or Joaquin Phoenix. I’d much prefer Driver. I have not seen Ford v Ferrari, but I’m tempted to root for Christian Bale just to hear his speech. He gives the best speeches and every year that he wins awards everyone gets collective amnesia and forgets he’s British. It’s great.

Where is Jharrel Jerome’s nomination? That is an Emmy award winning actor who gave the best television performance of the year and he was excluded. In fact, where is When They See Us at all? Not a single nomination for the limited series. Meanwhile Kit Harington is still getting nominated for his wooden, stiff, boring performance in Game of Thrones. Whatever. That’s all I have to say. I don’t care about the rest after that. Happy for Billy Porter though. And Succession. That’s such a good show.

I don’t think I’ll be tuning in to the Golden Globes this year. These nominations bore me with their complacency and exclusion of some of the best voices in film this year.

I’d much rather support the work of women like Alma Har’el, director of Honey Boy, who leads a platform called Free The Work, aimed at boosting work from and getting diverse and underrepresented creators hired in Hollywood. That is the work that deserves to be celebrated.

The Golden Globes kicked off a nonstop month of awards season on a terrible note. I’ll be covering most of the season from nomination previews to show recaps. Let’s hope things start to change for the better, lest we have a repeat of last year’s award season. 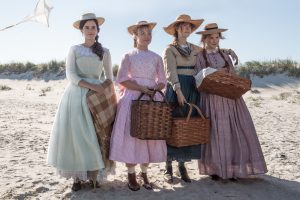 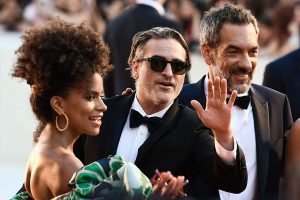