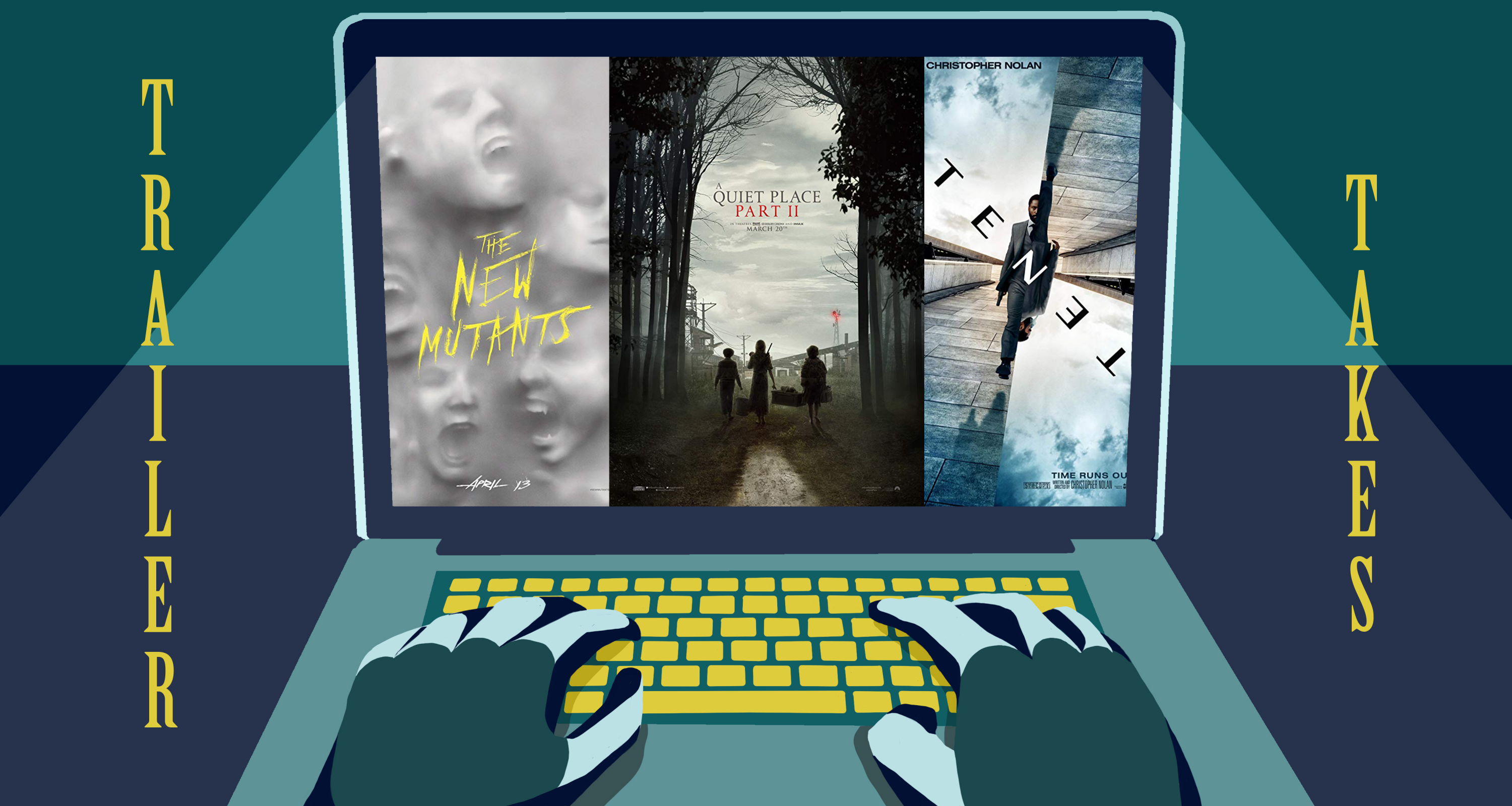 Bella: I never thought I would see an X-Men-esque movie that feels so much like a horror/thriller movie. Although other X-Men movies have held a darker tone, this feels uniquely creepy. Especially the scene with Blu Hunt’s character arching off the lab table with quick cuts as if she’s in a possession film. This already has me interested in the film, though, I had also been interested in Dark Phoenix (2019) and we all heard how that went. I am doubtful, however, about how interesting this movie could possibly be. From the trailer, you can already tell what the basic plot is: probably evil scientist is holding teenage mutants captive for some type of sinister research that the group will come together to escape from. As someone who hasn’t read any New Mutants comic books, I’m unfamiliar with the outcome of this ‘coming together’, but if I had to guess, it will result in the formation of a superhero group that will go on to try to do good together, which is certainly nothing new. The only thing that intrigues me is the creatures scattered around this facility which are completely unknown to me as someone who’s only watched X-Men movies, not read any comics, and done a little research into the comics’ most popular characters when I was around 14 years old. The special effects seem decent, but from the look of the “wall” surrounding the facility, it could go very south, very easily. Hopefully though, this won’t be as big a flop as some other X-Men ventures in the past have been *cough* Duct taped mouth Deadpool.

Anna: Clearly I am not very well acquainted with Marvel movies because when I first saw the title of this film, I was expecting a nice trailer featuring my four favorite turtles. Within the first 15 seconds, I got the feeling that Donatello was not going to be making a feature in this film. The way the trailer is structured, with its daunting, chilling musical score, dark atmosphere, and surprise shots makes it  clear that this film is not your usual Marvel superhero film. This is a thriller, borderline horror? As seemingly Marvel’s first foray into the horror/thriller genre I am genuinely interested to see how this film will come out as well as how it will be perceived by the general public. The film does boast a few all star actors, Maisie Williams and Charlie Heaton, but also presents some fresh faces. I definitely would be intrigued to see this film in theaters as its dramatic cinematics, and gasp worthy scenes seem deserving of the big screen.

Juliana: The New Mutants is being released after more than two years of delays, and, honestly, I’m just glad I’ll finally be able to watch it. In case you were very confused by this random mutant movie, The New Mutants is based on one of the many “spin-off” X-Men teams, and the film exists outside of the Marvel Cinematic Universe (which roughly translates to “the ones involving Robert Downey Jr.’s Iron Man”). I feel like anyone who has been actively waiting for this movie’s release has some sort of niche claim to it. Personally, I’ve been waiting to see Roberto da Costa a.k.a Sunspot (Henry Zaga) because it’s not every day that Marvel casts a Brazilian actor to play a Brazilian superhero. Being from Brazil, that’s what I like to classify as a Pretty Big Deal. However, with that in mind, I would like to acknowledge that this casting has reportedly been called out as whitewashing, one that (based on the trailer) seems to have resulted in a complete re-write of Roberto’s origin story. I have many conflicting feelings about this, ones that I can best summarize with a comment I made to my friend: “Damn it, Marvel, I wanted more Brazilian representation, but not like this.” Rants aside, I am happy that The New Mutants is giving screentime to a relatively unknown but incredible set of characters (especially Anya Taylor-Joy’s Magik, who looks phenomenal), and I am digging their new horror spin to the comic book film genre. For the sake of promoting more original takes and exploring lesser-known characters on the big screen, I really hope this movie lives up to its hype and shows fans that the two-year wait was truly worth it.

Bella: I enjoyed A Quiet Place, but I seriously don’t know why this sequel has been made. Yes, the first movie ended with the family armed and ready with the daughter, Regan’s (Millicent Simmons), cochlear device to take on the monsters of the film, but I don’t know how this world is supposed to get any more interesting. From the looks of the trailer, it seems like the family is still trying to escape and fight against the monsters, though, at the beginning, they seemed abnormally comfortable driving around that small town which makes me wonder what happened in between the first movie and this one. That was the only interesting thing I took from this preview of the film. I am slightly curious, however, to see how Emily Blunt is supposed to keep that baby quiet, and I don’t think an oxygen mask is truly going to cut it. All in all, I don’t see what John Krasinski is going to add to this world besides possibly explaining the origin or purpose of these creatures. Hopefully that dude with the bandana who seems to know something will give us more info.

Anna: How timely, over break I watched A Quiet Place (2018) on a plane. I was not thrilled, but thought: hey, maybe A Quiet Place II will be better (even though sequels are never better). However, this trailer left me confused, concerned, and frustrated so I can’t expect much from the film. I was left thoroughly confused because the trailer kept hopping between different time frames, from the first day of the monster attack to current time. It was hard to understand which time frame was being shown since there were no clear cinematic cues to suggest a time leap such as variation in color palette or change in music. I was severely concerned because I did not see John Krasinksi’s character. (Spoiler: after a short google search I realized I had fallen asleep at then end of A Quiet Place and missed his death… oops!). Finally, I was frustrated because like most sequels there was seemingly no additional plot or climax to this movie besides points already provided in the original film. While I am intrigued by the man who saves Emily Blunt’s character and her kids, there are really no other bits that pulled me in enough to persuade me to see this movie.

Juliana: I haven’t watched A Quiet Place (2018), but I remember the general idea from all of the promotional material that came out two years ago. There’s a surprising amount of noise in this trailer, especially in the first part, which makes me think that we’ll be having some pre-monster invasion flashbacks in this one. We also get to actually see the monsters in this trailer, which I think is exciting. The sequel, however, seems to be leaning heavily on the trope of the actual horrors of a post-apocalyptic world being the humans and not the monsters. I don’t necessarily mind that—they can still develop a good script out of this—but it just feels a bit disappointing and less original than the first film. That being said, I genuinely couldn’t tell if Cillian Murphy’s character was just flat out evil or going for a redemption arc of sorts, so maybe the movie will have some unexpected twists after all.

Bella: I can tell this movie is going to be a lot of fun to figure out, but as of this moment, I truly do not know what is going on in this movie. From what I saw, our main character seems to be training for something; the after-life is mentioned, and a lot of things appear to be moving backwards, even at the same time that other things are moving forward (the water crashing backwards into the ocean instead of the boats was pretty great). Additionally, they’re trying to prevent the world from ending in a worse way than nuclear holocaust? Sounds to me like a lot of good drama, but also an extremely complicated storyline that will confuse the audience for the majority of the movie. If anyone is capable of pulling off a movie that has a lot of confounding elements, it’s definitely Christopher Nolan. I’m very excited to see this movie and all the audience reactions that come along with it.

Anna: I have not been this confused by a trailer since that time I reviewed the Spongebob Movie (2020). This trailer gave me The Good Place reimagined by Stephen Hawkings vibes. The concept of living in an after “place” is brought up and there is clearly some terror that John David Washington’s character is trying to defend the world against. There is also appears to be an aspect of reversibility introduced as some sort of superpower allowing Washington to rewind a specific scene. Freaky! I am intrigued by the seemingly star studded cast including Robert Pattinson and Clemence Poesy (hello Fleur Delacour!) Yet, I do get the sense that this film is going to be a bit like watching Inception (2010) in the sense that your brain will still be attempting to piece together the beginning credits, when the end credits roll. Good luck to any who attempts to decode this film!

Juliana: This is one of those trailers that I feel like I have to watch at least three trailer breakdown videos and two theory ones to feel even remotely qualified to tell you about this movie’s plot. I don’t think this is necessarily bad from an audience’s perspective; it is just frustrating from the point of view of someone who now needs to write about it. From what I could grasp, the film is gonna lean heavily on the idea of time, perhaps even time travel. This should result in a freaking awesome result, given how Christopher Nolan tends to play around with time in his movies. John David Washington’s character is clearly the protagonist of this, but I do not understand if he is dead or not. Is there an afterlife after all? That’s one of the many questions I was left with. The only thing I can tell with certainty is that this film is clearly part of what I’m calling the “Robert Pattinson renaissance,” and, honestly, I’m here for this weird phenomenon. 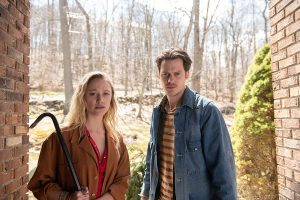 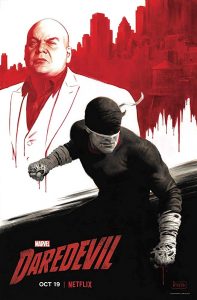