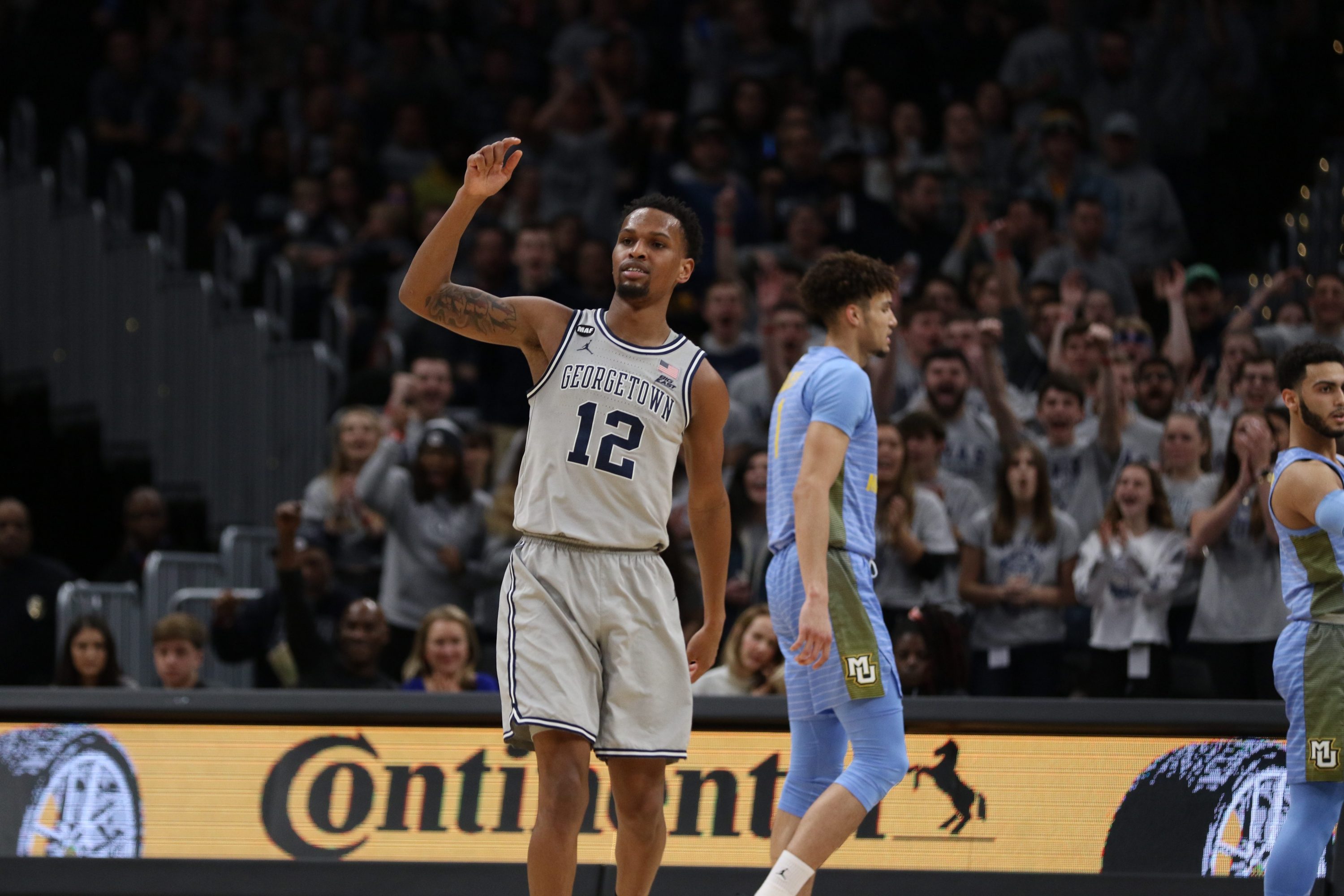 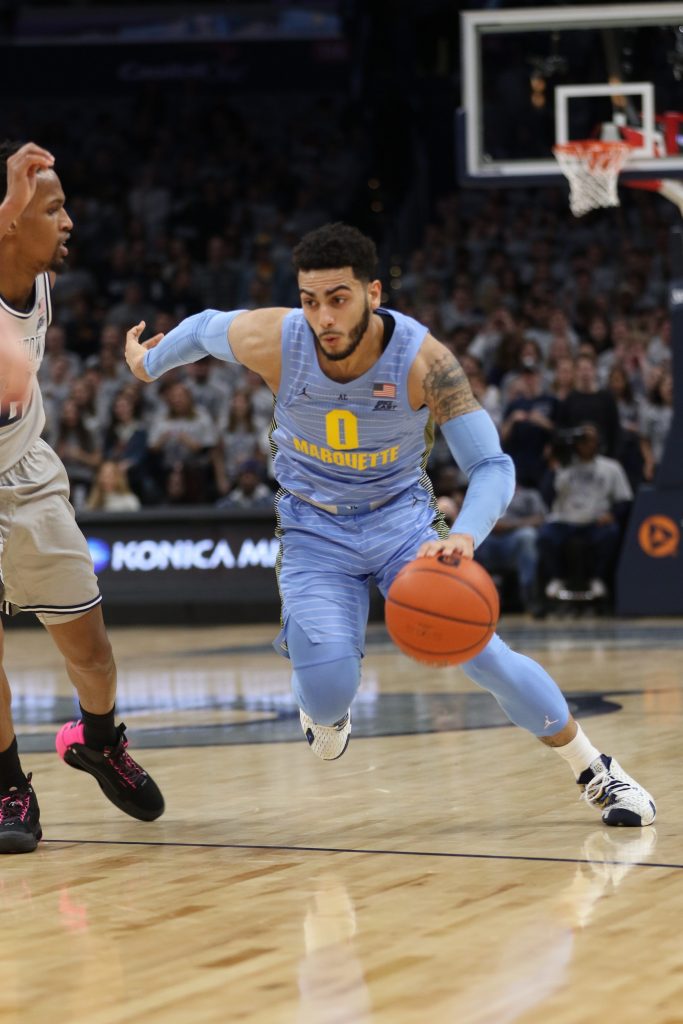 Photo by John Picker/The Georgetown VoiceIn an electric atmosphere, Georgetown (12-6, 2-3 Big East) and Marquette (12-5, 2-3 Big East) competed in Big East play this Saturday. Despite strong play from Georgetown’s senior center Ömer Yurtseven and an impressive 50 percent shooting percentage from three, the Hoyas faltered in offensive rebounds. Yurtseven, who had only made one 3-pointer so far this season, was 2-of-3 from deep, and notched yet another double-double on 22 points and 11 rebounds. Sophomore guard Mac McClung led the Hoyas in scoring with 24 points, and also grabbed six boards. The lack of rebounding gave Marquette’s senior guard Markus Howard an opportunity to score a game-high 42 points and lead his team to an 84-80 victory.

“Georgetown did not make it easy on [Howard], but he is a very unique and special player,” Marquette Head Coach Steve Wojciechowski said.

“When we play against a team like this, we can’t give them 13 offensive rebounds,” Georgetown Head Coach Patrick Ewing said of the rebounding battle.

Marquette redshirt senior guard Sacar Anim and Yurtseven both came out strong to start the game, with Yurtseven making two 3-pointers and finishing an alley-oop from McClung. Anim benefited greatly from the attention on Howard and had two open looks from three, of which he made one. Marquette took an early lead behind an 8-0 run powered by Howard, who made two 3-pointers in the stretch leading up to the first timeout.

Going into the under-8 timeout, both teams had been neck-and-neck. Georgetown was dominant in scoring in the paint throughout the first half, but floundered in defending the wings. Both teams ended the first half strong, with Georgetown making seven of their last eight shots. Despite a better field goal percentage, Georgetown fell behind 42-36 going into the second half. Georgetown’s lack of 3-point shooting was apparent, with only three made in the first half.

Georgetown had a fast start in the second half, outscoring Marquette 10-4 behind Yurtseven and McClung. Tied 46-46, a Marquette timeout reset the momentum of the game and two buckets from Howard helped the Golden Eagles regain the lead. Improved defense stifled Marquette’s 3-point shooting; this, compounded by poor free throw shooting by Marquette, allowed Georgetown to come back into the game and take a 54-53 lead. Going into the under-12 timeout, Yurtseven was 7-of-11 from the field and acted as the fulcrum of the Georgetown offense. 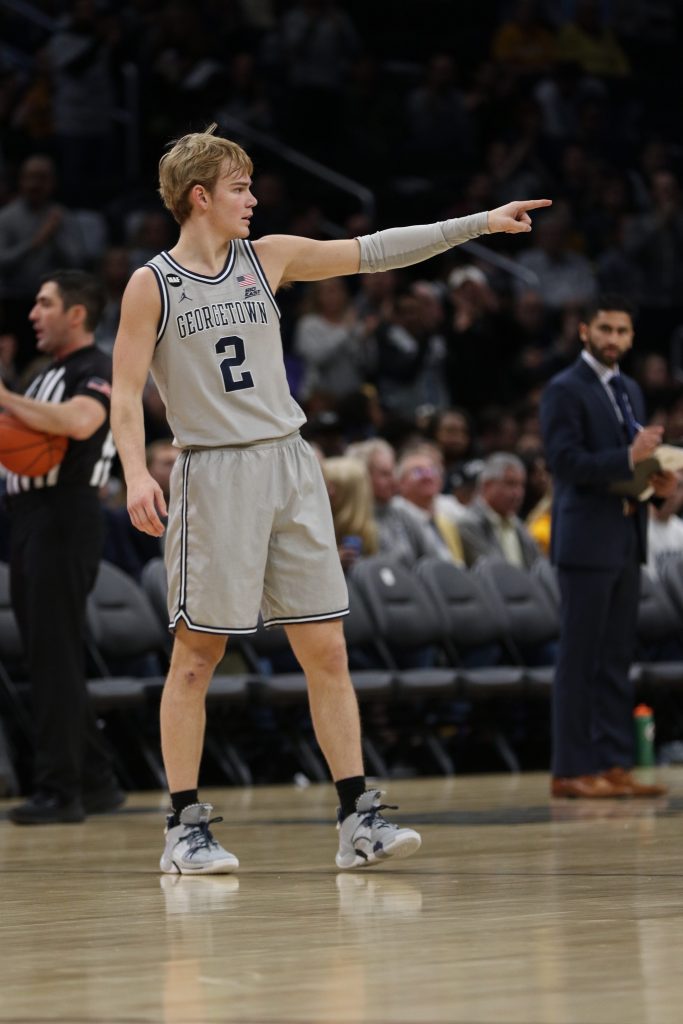 Photo by John Picker/The Georgetown VoiceDespite great improvement in 3-point shooting and rebounding, Georgetown’s centers Yurtseven and freshman Qudus Wahab accumulated four and three personal fouls respectively. A McClung 3-pointer kept Georgetown afloat during a poor stretch and stimulated strong offensive play from Wahab. Unfortunately, Georgetown had no answer for Howard as he began to catch fire and spearhead Marquette’s 6-0 scoring run. Going into the last two minutes, Blair made three free throws, scoring his first points of the game and tying the score 76-76 with 1:29 left to play. A 3-pointer and a free throw brought Marquette up 80-78 with 28 seconds left to play, and McClung got two free throws and a chance to tie the game up but missed a shot. With 9 seconds left to play and the ball in Georgetown’s hands, the Hoyas were unable to bring the game back.

“If you were sane coming into the Big East season, your sanity is going to be tested on a daily basis,” Wojciechowski said of the conference’s toughness. “The Big East is the best conference in the United States, period. That makes it fun, but it also makes it incredibly difficult.”

The Hoyas will look to get back into the win column on Wednesday when they travel to Cincinnati for a bout with Xavier (12-6, 1-4 Big East). Tipoff is set for 6:30 p.m. and will be televised on Fox Sports 1. For continued coverage of men’s basketball and all Georgetown sports, follow @GUVoiceSports on Twitter. 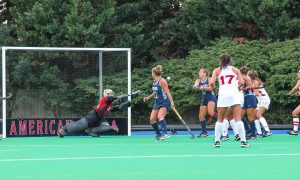 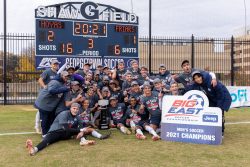