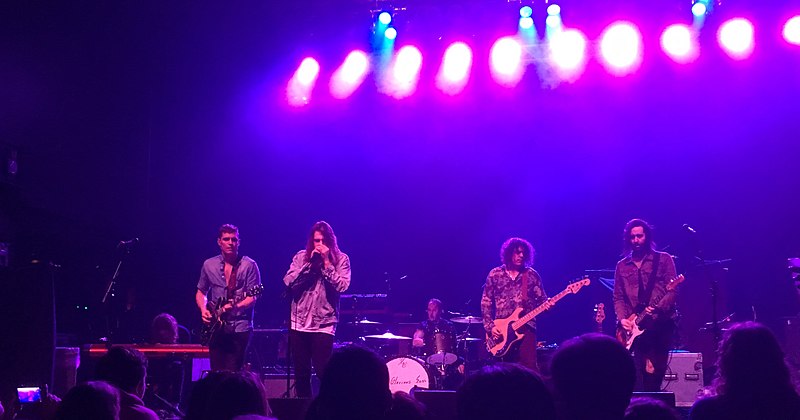 Ontario rock outfit The Glorious Sons will bring their gutsy rock sound to the 9:30 Club on Friday, January 24th in support of their latest release, A War On Everything.

Known for stomping anthems including “S.O.S (Sawed Off Shotgun)” and “Everything is Alright” that balance sweeping choruses and acoustic melodies, the six-piece hit the studio after a wildly successful tour supporting their sophomore album, Young Beauties and Fools (2017). The resulting September release, A War on Everything, manages to capture the momentum of their previous tour and showcase it in a precise mix of old-school rock ‘n’ roll and fresh-faced conviction. Instead of smoothing out their sound to better fit arenas and larger venues, The Glorious Sons went back to the raw, gritty sound that garnered them fans in the first place. On the band’s website, frontman Brett Emmons describes their approach to recording the new project, “We had no interest in glossing things up or trying to make a slick arena rock album. In fact, our approach was just the opposite. We went into the studio with the intention of trimming the fat whenever possible.”

In an age where old-school rock purists often chant the hackneyed refrain “rock is dead,” The Glorious Sons help lead a youthful movement set on proving just the opposite.

Savannah Benko Savannah Benko is a freshman in the College who thinks that she likes economics. She hopes that her love of martial arts, rock ‘n’ roll, and her killer Pinterest board will help her amount to something in the future.

The Two Popes: What You Need To Know Before The Oscars
Quiz: Which Baby Yoda Are You?