The latest trilogy of Star Wars movies has wrapped up on a divisive note, so it’s time for Disney to start looking for where to take the franchise next. Enter The Mandalorian, a flagship TV show for a franchise that’s been defined by its theater presence and numerous toy lines. Thankfully, this show charts a possible course for future installments—one which returns to simpler roots coupled with the strengths and weaknesses that come with such a shift.

The influence of Spaghetti Westerns are obvious throughout the show. This can be seen in everything from the rousing score to the environments, which vary between harsh wilderness, far-removed towns, and seedy locales for the underbelly of society. The plots of characters within the show often fall into archetypes of the genre, filling out stereotypical roles such as how the Mandalorian (Pedro Pascal) embodies the gruff protagonist or the Child is presented as the symbol of innocence.

These influences don’t make the show formulaic or distractingly cliche. Rather, the great execution of these tropes creates an entertaining ride that wets the viewer’s interest for more. The overall theme of a fading, morally compromised man trying to redeem himself by protecting the future creates a sense of progression through the season-long improvement of interactions between the Mandalorian and the Child. This theme is ever-present in the background as the Mandalorian burdens himself with attempting to pay the bills by taking odd jobs, which inevitably run into some catches. It retains the feeling of a Star Wars story throughout its season due to endearing characters, a sense of adventure, and a barrage of strange creatures and environments that are portrayed through special effects created with a cinematic level of expertise.

The costuming and set design are incredibly effective, expressing a rugged, almost forgotten world where Stormtroopers have dirty armor, robots are worn down, and buildings are built solely for functional purposes. It can occasionally appear silly in motion (the head tails of episode six spring to mind), but it rarely draws the viewer out of the experience. The Mandalorian’s ship is a perfect example of this atmosphere: an outdated spaceship that must be constantly repaired by the protagonist and shows numerous dents in its hull. It serves as both an important asset and hindrance, with the protagonist often having to use his own expertise to overcome shortcomings when combatting more technologically advanced opponents.

The show establishes the protagonist’s skills almost from the first scene, then proceeds to constantly challenge him by handicapping him or putting him up against adversaries with more power. This allows the protagonist to consistently feel like an underdog, but also incredibly strong when he’s able to fight on even footing. His progress to victory feels earned by having multiple scenes leading up to the climax, ramping up the tension along the way and increasing the audience’s investment in the conclusion. Moments, such as episode eight’s two main action scenes, present the audience with fighting sequences that switch between tense and empowering moments.

As with most projects with large fanbases, there are certain elements which are meant to please fans. Compared to other attempts (especially in the Star Wars franchise), these references and callbacks are woven into the story whilst being impactful. New lore and easter eggs aren’t distracting for newcomers since their purpose in the story is easy to ascertain. An example of this can be seen in the show’s handling of Tusken Raiders. Initially introduced in the first Star Wars movie, the inclusion of these characters in episode five is a nice callback to the films, yet serves an important of showcasing the differences between how the protagonist and a new bounty hunter react to challenges.

Overall, the show is an entertaining ride, and a strong contender for why Disney+ is a viable option in the streaming space. It’s engagement in tropes may put off those that were expecting an experimental story, but the amazing technical work and endearing stories should make for an enjoyable experience. It’s possible that this is the best space Western TV show since Firefly, if that genre is particularly interesting for you. Even if this genre isn’t your cup of tea, The Mandalorian might change your mind as it takes you to a galaxy far, far away. 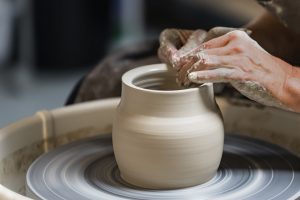