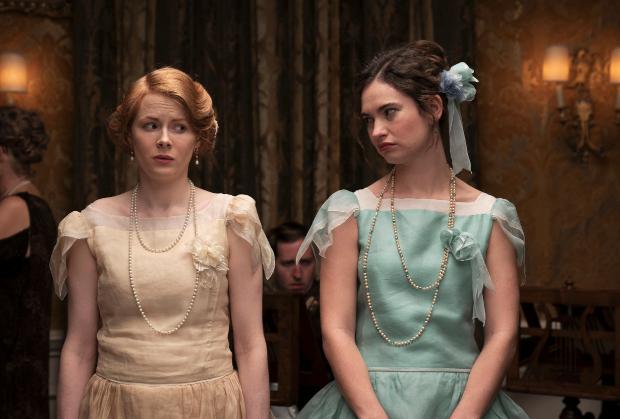 To be honest, you only need to watch the scene in the first episode of Emily Mortimer’s The Pursuit of Love, in which Lord Merlin (Andrew Scott!) sensually dances to “Dandy in the Underworld” by T. Rex at the protagonists’ coming-out ball to decide whether you want to watch the show. This one scene gives an accurate snapshot of the caliber of actors and lavish style to expect in the latest adaptation of Nancy Mitford’s bestselling novel, which stars Lily James as Linda Radlett and Emily Beecham as Fanny Logan and premiered on Prime Video on July 30th. Filled with brilliant performances and lush visuals, this miniseries provides a witty, entertaining critique of the English upper class in the interwar period while (at times, clumsily) touching on the unfair societal expectations for women in this era.

The miniseries, narrated by Fanny, begins in the interwar period at Alconleigh, the family estate belonging to Linda’s father Uncle Matthew (Dominic West). Fanny’s mother (Emily Mortimer) leaves Fanny to be raised by her sister as she embarks on a life of short-lived romances which give her the nickname “the Bolter.” Fanny lives with her aunt, receives an education, and spends the holidays at Alconleigh with her cousins the Radletts. There, she and the other children spend their time hunting, being hunted by Uncle Matthew, and dreaming about growing up and escaping Alconleigh. Fanny’s bookish (she literally meets her future husband at a bookstore) personality serves as a foil for Linda, a fickle, daydreaming romantic who has essentially spent her entire life stuck in Alconleigh because Uncle Matthew detests educated women. Linda yearns for the day of her coming-out ball so she can fall in love, marry, and leave her draughty prison of a home.

The show’s greatest strength is its cast, notably its star Lily James. James plays her part to perfection, lighting up the screen with her expressive, tender portrayal of a young woman just trying to find love in a world she is ill-equipped to handle. Emily Beecham brilliantly captures how love and jealousy are not necessarily incompatible emotions, especially given the complicated and unpredictable relationship between Fanny and Linda. In terms of the rest of the cast, Dominic West and Andrew Scott provide a large chunk of the material for the show’s critique of the decadent, detached lives of the upper class in this era—West as a bigoted, cruel aristocrat obsessed with hunting and Scott as a hedonistic Bright Young Thing who promotes avant-garde art at his country estate and dyes pigeons in neon colors. Both are hilarious.

Additionally, the series’ vivid imagery and distinctive style complements the stellar cast and quickly immerses the viewer into the English high society of the interwar period. Mortimer effectively incorporates quick black and white film reels, photo montages, and bold cursives that stylishly orient the viewer to the era and the characters’ lives. Similarly, the opulent costumes and the set design of luxurious homes portray the lavish lifestyles of the principal characters. It’s hard not to be thrown into the show and even harder not to be hooked.

The main issue with The Pursuit of Love is it’s failed critique of the ways in which a woman’s pursuit of love in this age was received by society. Throughout the series, characters caution Fanny and Linda about turning into the Bolter, a woman who chose her own happiness over societal norms that would have required her to stay at home and raise children. Yet, the only one who seems to regret their choices is Fanny, who lives a conventional life colored only by Linda’s irresponsible adventures. By the end of the series the viewer is left confused about the message the show is attempting to get across regarding this issue.

Overall, The Pursuit of Love offers a quick, hilarious escape into the charming lives of Nancy Mitford’s beloved characters. Just don’t think too seriously about its message. 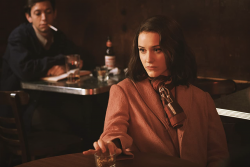 The Marvelous Mrs. Maisel: Is she still so marvelous? 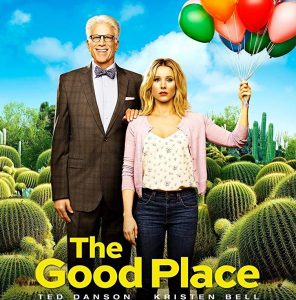