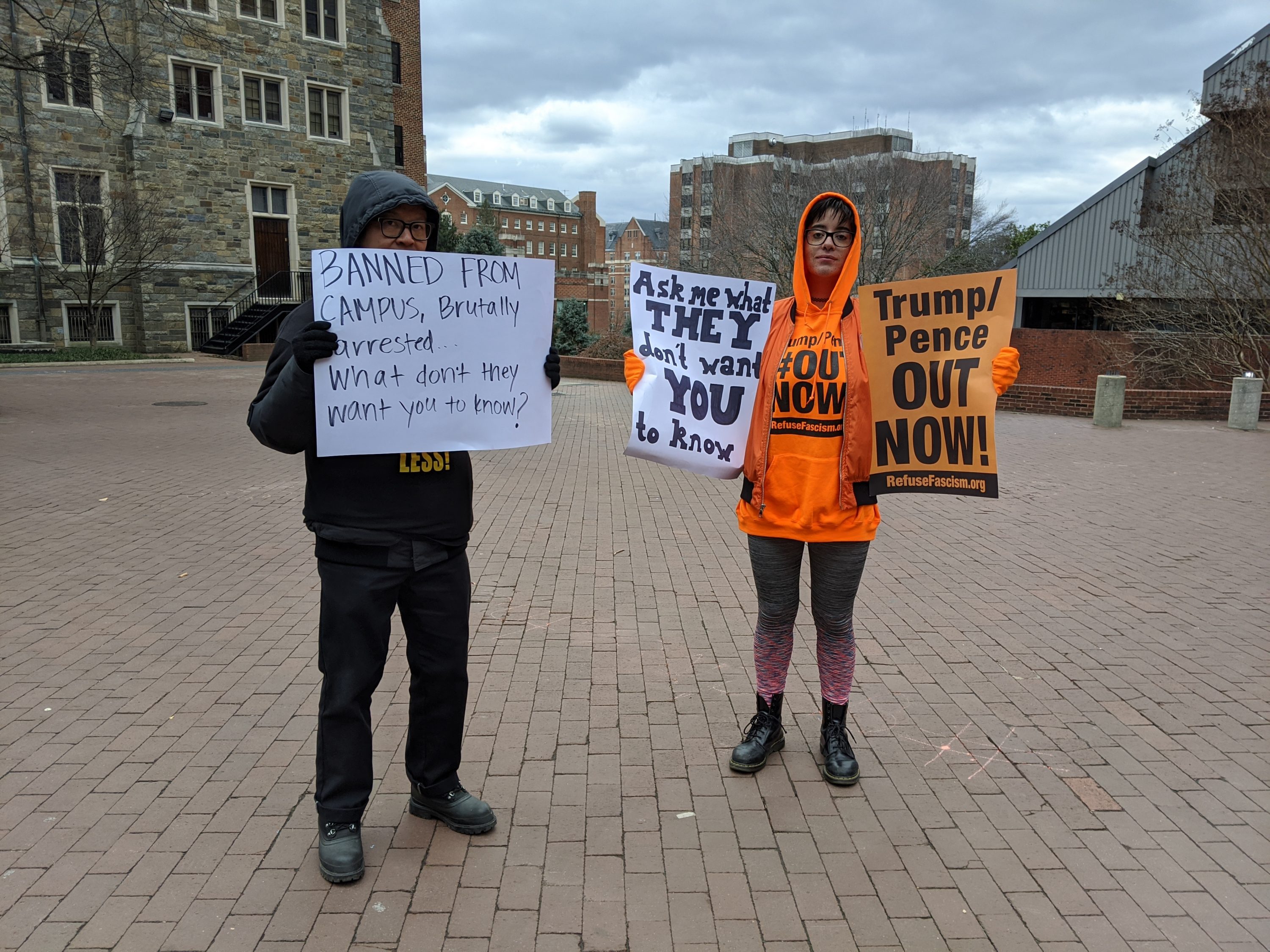 Protesters from the group Refuse Fascism returned to campus on Tuesday Jan. 28 after GUPD arrested two members of their group in Red Square on Monday.

Like the previous day, the protestors’ mission was to garner interest for a protest against the Trump administration near the Capitol Building on Wednesday.

While several members stood in Red Square, Luna Hernandez and Bo Logan stood outside the front gates to campus. After their arrests Monday, they were held in jail for several hours, Hernandez said. They were charged with unlawful entry and given a court date in February.

Nonetheless, they were back on Tuesday. As students and others walked through Red Square, other members of the group chanted “Trump, Pence, out now.” The protesters, wearing orange and carrying signs, offered flyers and stickers and asked students what they thought about President Donald Trump’s trial.

They used the language of “revolution” to describe their goals. They advocated an end to the Trump administration’s “regime,” which they called “fascist.” The protest on Wednesday, their flyer says, will urge the Senate to remove the president—along with his entire administration, including the vice president—from office.

Eclipse Valkyrie, one of the protesters, said that she had come in from California for the protest at the Capitol. They came back to Georgetown, she said, because the arrests represent a key component of the oppression which they charge the government with perpetrating.

“People being arrested for free speech is a fucking problem,” she said. Valkyrie and Hernandez both described the arrests as “brutal.”

In a statement on Monday, a Georgetown University spokesperson wrote that campus police officers told several protesters from Refuse Fascism to leave campus on Monday. After they refused, GUPD arrested them.

“They didn’t tell us to leave,” she said. “They told Bo and I that we could stay on campus, we just couldn’t give flyers out.”

Standing just off campus, from which she has been banned, Hernandez described her and Logan’s arrests.

“Out of the blue, the police came,” she said. Hernandez said she offered to comply with GUPD’s order that they leave campus. “I said, ‘OK, we’ll leave.’ And he said, ‘No.’”

When officers came to arrest Hernandez, she says they “knocked her to the ground.”

The university spokesperson wrote that “any allegation of use of force is taken seriously and would be reviewed according to a standard process.” 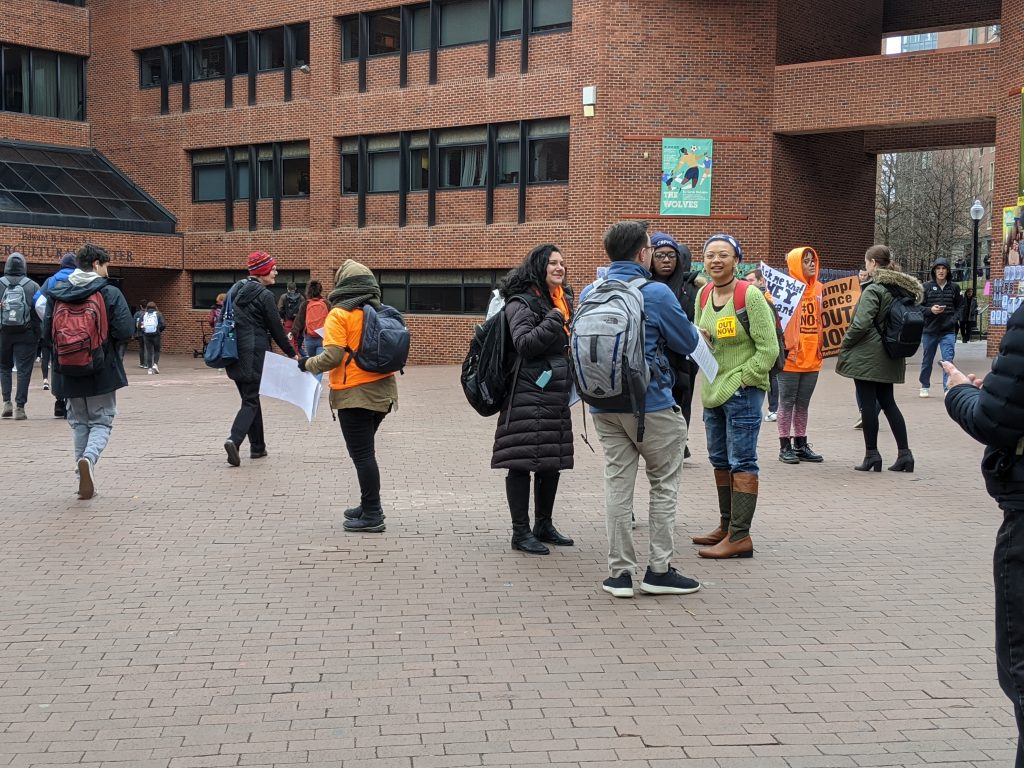 On Tuesday, however, GUPD did not interfere with the protest because it was sponsored by a member of the university community.

As John Hess (COL ’21) was walking out of class, he saw the protesters and GUPD in Red Square. He approached them and offered to sponsor the protest.

“GUPD was talking to these guys and trying to throw them off campus,” he said. “I think it’s important for students to hear this, about a protest going on tomorrow.”

When she was done looking at Hess’s GoCard, a GUPD officer told the protesters that they were welcome on campus only as long as Hess was with them.

As Hess got to know his guests on campus, one of the protesters offered him a pair of hand warmers. Hess accepted them and put them in his pockets.

Hess said that he would stick around until his next class, an hour and a half later, and that he would ask his professor to excuse him so he could stay in Red Square longer. 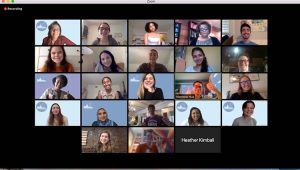 Students at Georgetown step forward to take up the #OUTNOW demand in the face of Campus suppression: – #OutNow Live From D.C.