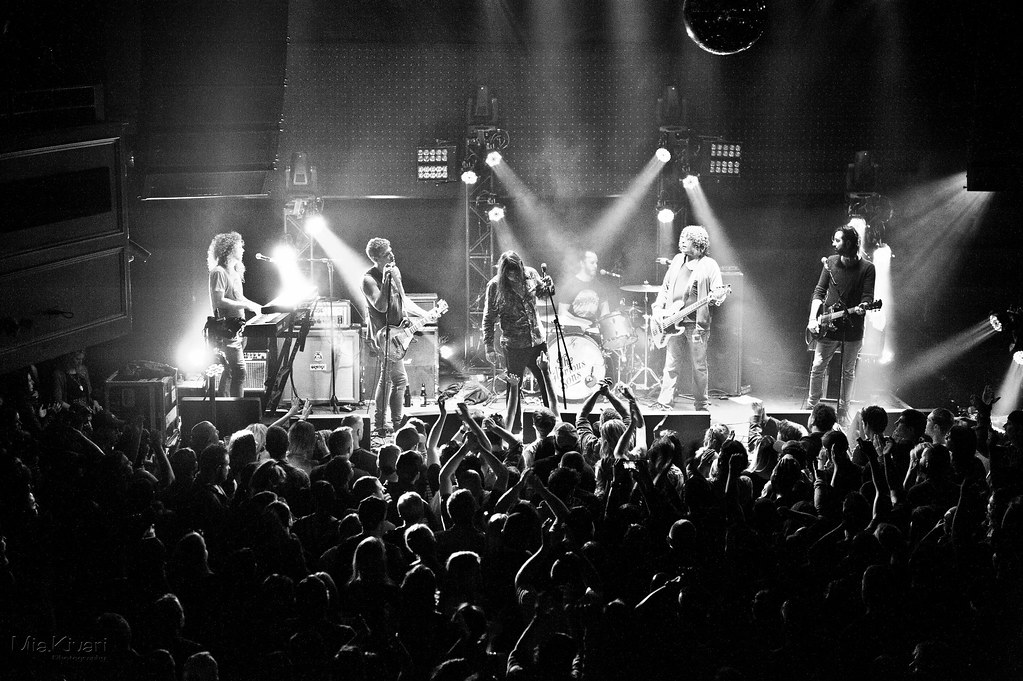 Picture a guy that looks like a young Bob Dylan (after going electric) crossed with Timothée Chalamet sporting a Peaky Blinders haircut. Now picture that same guy, covered in sweat, holding a worn-in electric guitar, and standing atop a bass drum—all while a drummer slams on the kit right behind him. Our young Bob Dylan is Des Rocs, a New York native whose catalog of distorted rockabilly blues and riff-driven rock ‘n’ roll snagged him the opening slot for Ontario rockers The Glorious Sons on their A War On Everything Tour. Rocs and his backing band didn’t just play to warm up the crowd, though—the Jan. 24 show at the 9:30 Club easily could have been their own. They sounded crisp and loud, Rocs commanded the stage with energy that reminded me of a young Bruce Springsteen, and the crowd responded by tuning in and grooving out with the band rather than ignoring him and waiting for the headliners to make their way on stage. Rocs channeled his passion for rock ‘n’ roll into a dynamic performance, closing out his set covered in sweat and leaving smiles plastered on the young rock fans filling the crowd.

Less than 20 minutes later, Canadian six-piece The Glorious Sons graced the stage, offering their signature blend of gritty classic southern rock and youthful songwriting to the crowd. While Des Rocs’ set had the vigor and energy of a young Springsteen, The Glorious Sons’ performance oozed both the southern stylings of Lynyrd Skynyrd or The Marshall Tucker Band, and the catchy sing-along style of ’90s rock darlings Oasis. Entering the stage clad in long coats, graphic tees and flaunting hair only a Van Zant could rival, the audience could immediately discern that this would be quite a different performance—one chock full of rosy lyrics that encourage singing along with wide eyes and a stupid grin. Without a doubt, The Glorious Sons returned to the 9:30 Club on a rainy Friday night for a few hours of old school rock n’ roll rhapsody.

Opening with fan-favorite “Everything Is Alright,” vocalist Brett Emmons unleashed his bold, raspy voice on the mass of 20-and 30-something adults. Moving through the setlist, Emmons and Co. delved into material from their newest album, A War On Everything, with “Wild Eyes,” a track featuring lyrics much darker than the bright riff which has become the soundmark of the entire song. About halfway through the set, five members walked backstage, leaving guitarist Chris Koster alone in the spotlight. Koster approached the center microphone and delivered the unexpected—a solo rendition of Pat Benatar’s 1983 smash “Love Is A Battlefield.” Arguably rivaling the legendary solo covers of John Fruciante, Koster produced one of the show’s most surprising, memorable moments. The remaining members of the band soon returned to the stage for another triumph, getting the entire audience to sing the chorus of their 2017 anthem, “S.O.S. (Sawed Off Shotgun).” Throughout the song, Emmons playfully teetered on the edge of the stage, frequently interacting with the audience at the barricade.

So how could this Canadian band with some southern-rock tendencies follow up an enthusiastic performance of one of their biggest hits to-date? In a way that only the tightest of bands could—with another surprising, rousing cover, this time including the entire group. Following “S.O.S. (Sawed Off Shotgun),” The Glorious Sons surged on with their rendition of Fatboy Slim’s 1998 classic “Praise You” (caveat: “Praise You” is one of those songs that no one ever remembers who sings it or what the title is, but everyone and their grandmother has heard it. Simply put, it’s a perfect “car commercial” song.)

You know when a band is perfect for a certain song? Say, for example, Arctic Monkeys and “I’ll Melt With You” or the Red Hot Chili Peppers and “Higher Ground”? “Praise You” is that song for The Glorious Sons. Combined with their specific musical approach, the track swells into something far greater than a catchy keyboard tune.

On the back end of the set, the band dug out deep-cuts including “The Union” and “Mama” to play alongside selections from A War On Everything, like “A Funny Thing Happened” and “Kingdom In My Heart.” After closing out their main set with their thumping, harmonious version of a ballad, “Thank You For Saying Goodbye,” the six-piece promptly exited the stage before returning for a simply sublime encore, playing a similar mix of old favorites and fresh, raw anthems.

Late that rainy Friday night, two bands of young rockers descended upon the 9:30 Club and jammed out with a packed audience, each proving one thing in particular: rock ‘n’ roll is alive and well. 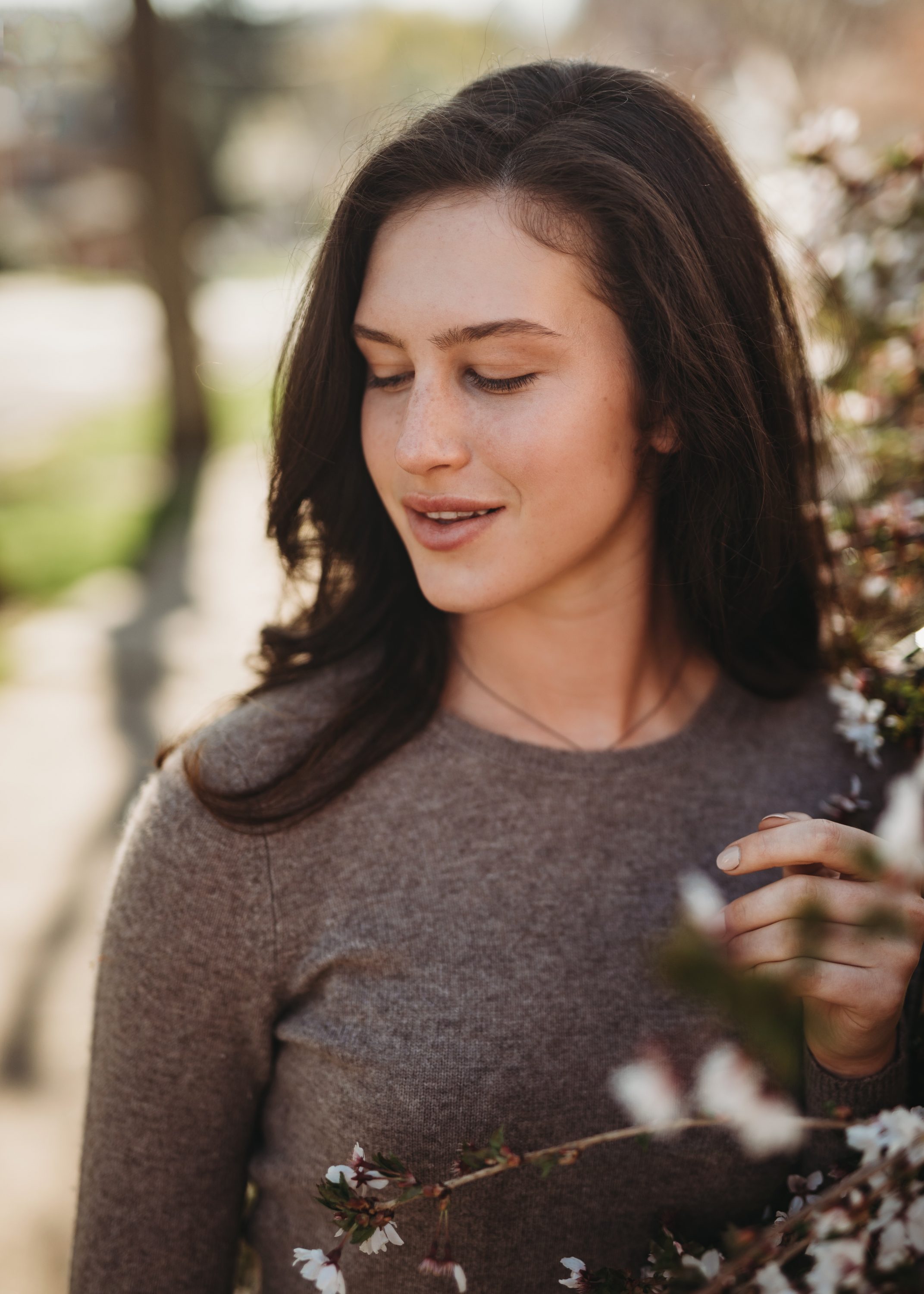 Savannah Benko
Savannah Benko is a freshman in the College who thinks that she likes economics. She hopes that her love of martial arts, rock ‘n’ roll, and her killer Pinterest board will help her amount to something in the future. 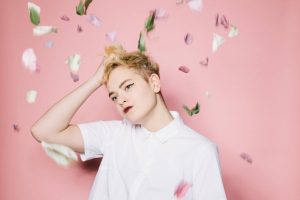 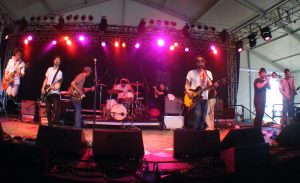 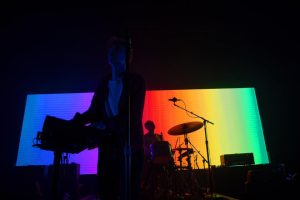