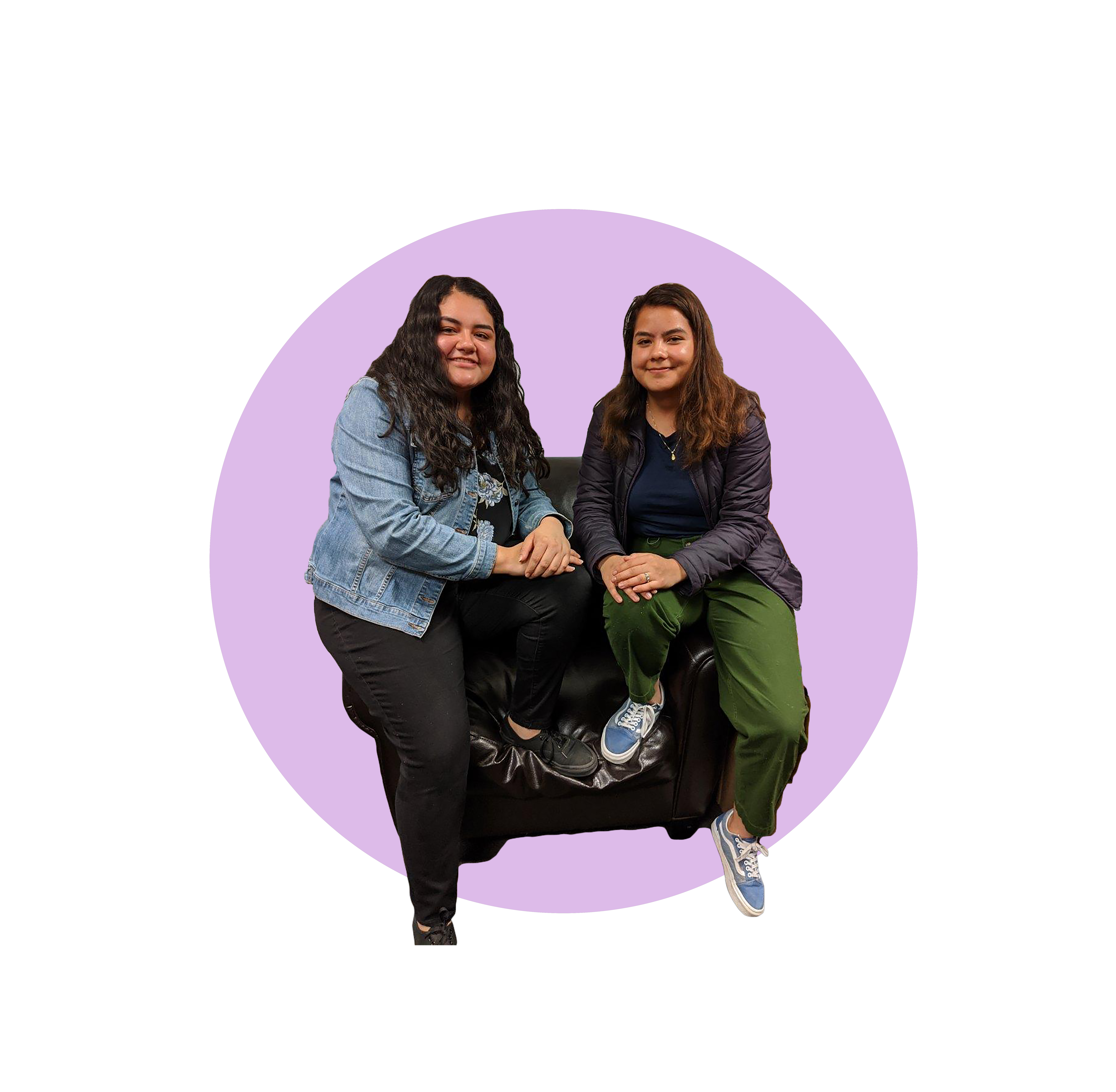 After meeting with all three tickets in this year’s GUSA executive election, this editorial board is endorsing the ticket that truly inspired us. Arisaid Gonzalez Porras (COL ’21) and Anahi Figueroa-Flores (COL ’21) have spent their time at Georgetown mobilizing the campus’ immigrant community and its allies through their leadership of Hoyas for Immigrant Rights (HFIR). The pair is fierce, determined, hard-working, and daring. If, like us, you want to see fundamental change in GUSA, this is the ticket for you.

Year after year, ticket after ticket promises to partner with student activists, only to deliver symbolic statements of solidarity and unfulfilled attempts. But what if the executives were the activists? Gonzalez Porras and Figueroa-Flores have the experience, the wherewithal, and the connections to facilitate tangible, unignorable activism efforts. The pair is upfront about their lack of GUSA experience, but we view this as more of an asset than a detriment—so long as they’re prepared for a rapid learning curve heading into the job. Because they would not be entering the role with a deep, ingrained knowledge of GUSA’s inner workings, they are well-positioned to re-imagine its structure entirely.

They bring unconventional ideas to the table—a cabinet composed entirely of women of color, a possible sit-in in President DeGioia’s office demanding action on the GU272 referendum—that could shake up GUSA. The impact of the executives of Georgetown’s student government leading such advocacy efforts would set an important precedent both for future GUSA teams and for the student body and administration in general. With a support staff that has some GUSA experience, they could better navigate the bureaucracy and begin to take action with as little lag time as possible once they take office.

The duo’s primary goal is to bridge the gap between the students deeply embedded in GUSA’s inner workings and the students who couldn’t tell you what GUSA does if you asked. Many candidates have promised to bring more people into GUSA, but the Gonzalez Porras-Figueroa-Flores ticket is the only ticket that convinced us they could.

Gonzalez Porras was a participant in the Community Scholars Program and is a member of the Georgetown Scholarship program. She is also a Patrick Healy Fellow and a Baker Scholar. Figueroa-Flores works at the Center for Multicultural Equity and Access as well as the office of Student Affairs. She also helps to organize Hoya Saxa Weekend, an accepted students weekend for prospective students of color. In these roles, they have forged deep connections with a diverse body of students from all across campus.

With a focus on outreach to incoming students, they could hopefully create a cultural shift that could fundamentally change the kind of people who believe they can lead in GUSA. Only six women and one woman of color have ever been GUSA president. GUSA must change. It is inaccessible, hierarchical, and exclusionary, and only a radical, inspiring duo like Gonzalez Porras and Figueroa-Flores could jumpstart that process.

In our on the record interview, Gonzalez Porras recounted the story of when she and Figueroa-Flores studied for their Problem of God final while sitting in at Sen. Bill Nelson’s office, advocating for the rights of undocumented people. The duo rebuilt HFIR from the ground up and this year served as president and vice president; last semester, their efforts peaked in a walkout involving over 150 students. These impressive activists may not have GUSA experience, but in our opinion, they have all the large-scale organizing experience, leadership, and determination they need to be successful executives.

Gonzalez Porras and Figueroa Flores told us they want to lead with their identities as undocumented, Latina women. They made it clear they will prioritize the interests of undocumented students on campus more than any of the other tickets. In their view, the student body should have the power to influence the university administration, and they want to mobilize underrepresented, marginalized students in new and innovative ways.

We support their desire to learn how GUSA works in order to create a different blueprint for the organization. This editorial board stands behind the idea of creating an all-women of color cabinet, but also recognizes that as a stipulation it would exclude students who could contribute valuable experience. We believe if the executive were to announce a declared fraction—even a majority—of their cabinet would be women of color, deliberately adding voices that have historically had a very small presence in GUSA, their administration would be very successful.

If Gonzalez Porras and Figueroa-Flores are elected, students may not see as many smaller, logistical changes to campus that they might from a Nico Ferretti (SFS ’21) and Bryce Badger (MSB ’21) administration. Ferretti and Badger’s policy goals are specific and feasible. They emphasized that their main role is to get the students already doing advocacy work into a room with the right administrators to put their plans into action. The campus would be in good hands under Ferretti and Badger’s leadership, and they have run a well-organized campaign supported by the rank and file of current GUSA leadership.

However, given the apathy the student body feels towards GUSA, we believe it is more important to set new precedents than accomplish incremental goals within the same system. If Ferretti and Badger do not win the election, we are certain many of their policy points will still be enacted because the people spearheading those initiatives won’t stop working on them. Ferretti and Badger have the tools to get things done, but Gonzalez Porras and Figueroa-Flores have the vision to create long-lasting change. Ferretti and Badger are great candidates for the GUSA we have, while Arisaid and Anahi are the right ticket for the GUSA we hope to see.

Joshua Marín-Mora (SFS ’21) represents a midpoint between the two other tickets, as he possesses both GUSA experience and loftier ideas. However, we are uncomfortable endorsing a ticket with only one candidate, as we do not yet know who Marín-Mora might name has his vice president.

If you are tired of “GUSA as usual,” vote for Gonzalez Porras and Figueroa-Flores. As Gonzalez Porras said herself, “I’m so tired of administrators or politicians thinking they have more power than us and thinking that we’re just random students that are screaming and yelling with no effective reason. If these are our needs, then you should be listening to them, because ultimately we make up Georgetown.”

From The Voice’s “Trump Official Forced To Leave Immigration Event” (https://georgetownvoice.com/2019/10/11/trump-official-forced-to-leave-immigration-event/)
In an email to the Voice, President of Hoyas for Immigrant Rights Arisaid Gonzalez Porras (COL ’21) gave the protesters her “unconditional support” and called the freedom of speech claim “tiring.” In response to those believing McAleenan should have been allowed to speak, Gonzalez Porras questioned if the same principles were also applied to everyone involved.

Freedom of speech is tiring? Can’t be bothered by people defending the FIRST Amendment, which is first for a reason, a reason that is self-evident in today’s hyper-PC and hyper-sensitive discourse? That’s not tiring; it’s terrifying. Gonzalez Porras supports the (dangerous precedent of) limiting dissenting viewpoints, especially right-leaning ones. Where is the freedom of speech for the hundreds (if not thousands) of conservatives on Georgetown’s campus who are beaten and intimidated into silence by people like Gonzalez Porras?

This Family We Love

The Commission interviewed a considerable number of people who had been close to Oqueli, both members of his family and political contacts, and made all kinds of inquiries in order to obtain more precise information on the official investigations made in Guatemala and El Salvador. It had access to information about many of the possible motives for the double murder. Unfortunately, the most important information needed to conduct an in-depth investigation and answer some of the questions which were suggested to the Commission as a basis for its work could not be substantiated when the Commission requested that it be given access to all the information gathered by the Salvadorian Government on the Oqueli-Flores case. The reluctance in both Guatemala and El Salvador to give the Commission access to the information it requested during its investigation imposed serious constraints on it.