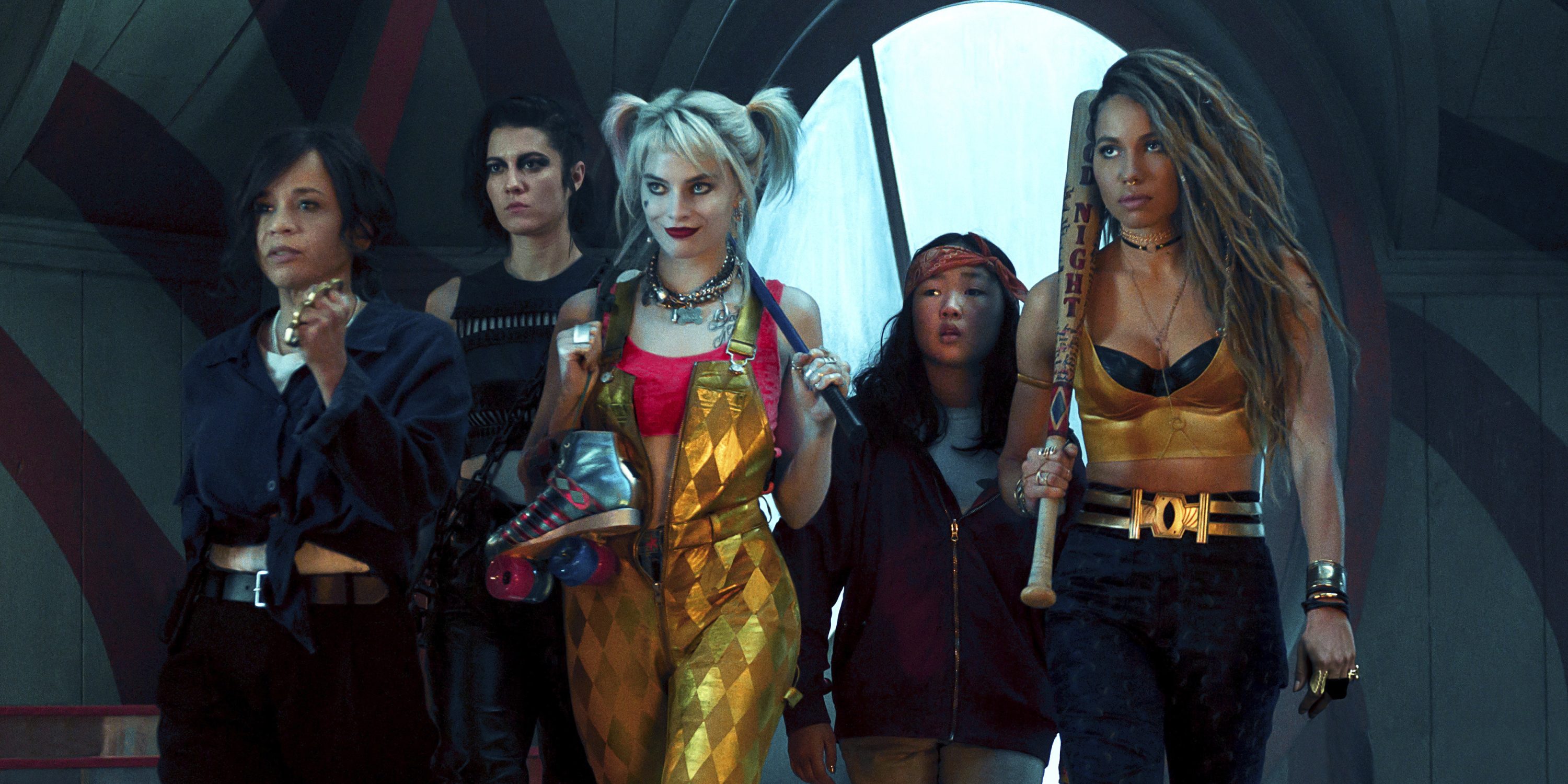 Harley Quinn (Margot Robbie) needs a fresh start. When we are reintroduced to the Suicide Squad antiheroine, she has just been dumped by her “puddin,” the Joker. Cocktail-drunk and heartbroken, she hijacks a truck and drives it straight into the industrial plant where, in a vat of unnamed chemicals, ‘Harley Quinn’—not Dr. Harleen Quinzel, Ph.D., but her alter ego, the sociopathic villainess—was born. It’s a public declaration to all of Gotham that an era has come to an end.

The DC Extended Universe, too, is beginning anew—and with a giant, explosive bang. As Harley leaves ‘Mr. J.’ in her rearview mirror, the DCEU is likewise seeking extrication from its dark and dingy past. Goodbye, boring action set-pieces of Man of Steel (2013), grimy, desaturated cityscapes of Batman v Superman (2016), and silly-looking special effects of Aquaman (2018). Hello, new, fantabulous world of Birds of Prey.

Birds of Prey, though subtitled by the wordy “(and the Fantabulous Emancipation of One Harley Quinn),” is a collective tale about the eponymous girl gang. Harley unwittingly becomes the ringleader of a new flock: hard-boiled detective Renee Montoya (Rosie Perez), bar songbird Black Canary (Jurnee Smollett-Bell), crossbow-slinging Huntress (the criminally underused Mary Elizabeth Winstead), and street pickpocket Cassandra Cain (Ella Jay Basco). These women, the so-called ‘Birds of Prey,’ are the heart and soul of the film.

With the Joker out of the picture, it’s open season on Harley, who has amassed quite a few enemies while under the protection of the crime lord. Freshly spurred on by an inopportune bounty, a string of vengeful evildoers and lowlifes are introduced by their name and ‘grievance’ with Harley (of which they have many). No one is more aggrieved than the big bad himself. Topping off the stellar ensemble, Ewan McGregor is electric as the face-slicing, foppish, Roman Sionis (a.k.a. Black Mask), cramming every ounce of flamboyance he can into his fabulous line delivery of the word “ew.”

Sionis, with the help of his quietly maniacal henchman Victor Zsasz (Chris Messina), is searching for a diamond: a MacGuffin-type object that will lead him to untold fortune and cement his place on the throne of Gotham’s seedy underbelly. In one way or another, all of the ‘birds’ have skin in this game. Their individual stories orbit each other, teasing the eventual team-up, only converging during a final funhouse fight scene. With so little screen time all together, it’s a miracle that their mostly-there chemistry gels as much as it does. But when it works, it really works.

Director Cathy Yan does the impossible—she injects the aggressively serious cinematic universe with a desperately needed air of whimsy. The streets of Gotham, once grim and downright ugly, become unrecognizable in Birds of Prey. Color and glitter fill every inch of the screen, from the vibrant set design to the high gloss costuming and styling—Harley’s signature pink and blue pigtails are back and shorter than ever. Yan brings the tongue-in-cheek referentiality of comic books to the screen with allusions to noir and the golden age of Hollywood, all without ever dipping too far into the absurd.

Birds of Prey is, above all, fun. To match the cartoonish visuals, the whole film courses with high-intensity, kinetic energy, no doubt a product of Margot Robbie’s eccentric performance and the offbeat humor of Christina Hodson’s screenplay. The action, in the tradition of John Wick (2014), is ultra-fun and ultra-brutal, but with a Looney Tunes twist—Harley takes out a bad guy by bouncing a baseball bat off the ground at just the right angle. At the same time, there’s an effortlessly real and grounded aspect to the choreography. In a cheeky nod to the impracticality of genre-typical action scenes wherein women battle with long, perfectly-coiffed curls down and around their face, Harley offers Black Canary a hair tie mid-fight.

Of course, because showing women—including and especially the women of color and queer women of Birds of Prey—onscreen is ‘political,’ the internet has been alight with accusations of the film desexualizing the female characters (good) and being feminist propaganda (even better). Superhero movies in particular, even the often overtly manufactured female empowerment of the Disney-owned MCU, continue to be the epicenter of this endless debate. Here’s what I’ll say, however: The two female-led, female-directed entries into the DCEU—first Wonder Woman (2017), now Birds of Prey—are the lone gems amongst a canon of unsalvageable garbage. Maybe that’s a coincidence. I’ll let you decide.

Reinventing an entire cinematic universe within a single movie is an insurmountable goal. I don’t mean to overstate the flaws of Birds of Prey—plenty of male reviewers have already done that for me—but it is undeniably held back by the genre contrivances of ensemble superhero films. Not every character can shine when there is a world-ending plot to attend to. Birds of Prey did what it could with its 109-minute runtime, but some things, mostly someones, still need fleshing out. Luckily for us, the ending of Birds of Prey is pretty obviously spin-off bait: I’d say that it’s a safe bet that we will be seeing more of these dames, in some shape or form, in the near future. This is just the beginning of an emancipation.