Jesuits And The Church Support Workers — So Why Doesn’t Georgetown?

March 4 marks a year of contract bargaining between Georgetown Alliance of Graduate Employees (GAGE) and the university, but the future of that contract still seems uncertain. Wages, healthcare, benefits, leave, and much more have been left undiscussed for months.  The university says it hopes to sign a contract before the end of the semester, but they have failed to seriously address the economic proposals GAGE passed in August.

Healthcare has been a particular point of difficulty. Early last autumn, GAGE passed a healthcare proposal to allow graduate workers access to the comprehensive plans available to other employees, and only recently it has come back into negotiation. The university’s response has been to say that GAGE’s proposal would require long re-negotiating with health insurance companies. The negotiators believe this back-and-forth with the insurance companies would push contract negotiations past the end of the semester.

If the university knew that negotiations with insurance companies would take months, why wait until those negotiations would put the graduate employee contract past the end of the semester? It seems highly unlikely that the university just now became aware that GAGE’s proposal would require negotiations with insurance companies. If that is the case, it is another troubling indicator of their unpreparedness to bargain seriously over an issue as critical as healthcare. The only other explanation is that the university has long been aware of the time sensitivity of healthcare negotiations, yet remained silent until now. Both possibilities are troubling, given that nearly 70 percent of graduate employees reported delaying healthcare services due to economic constraints and lack of coverage, according to an internal GAGE survey.

In effect, it has been a tactic to trap GAGE to negotiate only on the university’s terms if they want a contract by May. Good faith negotiation relies upon honesty about timelines from the start, so that both sides could work together openly with all information on the table.

Another bargaining session brought about the return of two more proposals from the university that GAGE had passed across the table as early as May 1. The first, a professional development benefits proposal, and the second, an “amendment” to leave policy that bordered on insulting. The university simply reiterated the current university policy rather than including worker-and-family-focused leave contract language, which graduate workers need to ensure the healthy work-life balance central to cura personalis, care for the whole person, one of Georgetown’s central Jesuit values.

While open, honest, and respectful negotiations are the bedrock of just, mutually beneficial employee-employer relations, the moral requirement of any negotiation is also an essential part of Catholic, and more specifically Jesuit, social thought on labor. In the initial negotiation for the GAGE union election, it took some reminding of the university of the words of His Holiness Pope Francis, SJ: “The future of humanity does not lie solely in the hands of great leaders, the great powers, and the elites. It is fundamentally in the hands of people and in their ability to organize,” as well as those of His Holiness St. John Paul II:

“All these (workers’) rights, together with the need for the workers themselves to secure them, give rise to yet another right: the right of  association, that is to form associations for the purpose of defending the vital interests of those employed in the various professions. These associations are called labor or trade unions.” (from On Human Work)

Now, it seems that Georgetown University has forgotten the Catholic and Jesuit support of organized labor and fair labor practices, as though their religious identity and responsibilities only matter when they are not disruptive. But as Jesuit and martyr Saint Oscar Romero proclaimed of the discomfort of truth, “A gospel that doesn’t unsettle, a word of God that doesn’t get under anyone’s skin, a word of God that doesn’t touch the real sin of the society in which it is being proclaimed — ​what gospel is that?” If the university is to truly live its proclaimed Jesuit and Catholic values, they must not only “commit” to honest and respectful negotiations, they must deliver on those negotiations and deliver a fair contract by March 4. 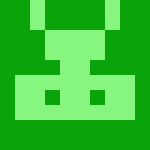 Jeremy Canfield
I am a graduate student employee pursuing a PhD in Physics from Georgetown University. I am passionate about labor-driven social justice, in particular graduate-workers' rights.