You’d be hard-pressed to find this level of support for any policy proposal, but the Double A Grading Proposal has just that: 1,556 signatures. Alongside students at Harvard, Yale, and a multitude of other colleges, many Georgetown students have seen the value of the Double A grading system.

Double A is the most equitable solution to an unequal problem; present inequalities that exist on campus get exacerbated when students have to work from home. Student testimonies show just how much students have to deal with now, stories about financial stressors, mental health, homophobia… These are chilling to read and terrifying to imagine.

In addition to these inequalities, the COVID-19 pandemic has caused a looming fear over many of us. I personally am scared of what is going to happen. I fear for my family, my community, and my country; and this fear increases exponentially with every news update, every spike in the numbers of cases and deaths. I imagine many others are also feeling this sense of anger, dread, and to some extent, loneliness. Moreover, COVID-19 does not discriminate: rich or poor, young or old, everyone is at risk. Already, 30 states have imposed “stay at home orders,” including mine, Indiana. More than 75 percent of the country is currently on lockdown through April. This is truly unprecedented.

The current system, an Optional Pass/Fail system, fails to be equitable. There are two main issues with the Optional Pass/Fail model. First, many graduate schools have already stated that they will not accept a pass/fail class unless it is universally mandated. Second, there is an inherent stigma surrounding a ‘pass’ when contrasted with a letter grade on a transcript. While this option promotes the idea of autonomy, autonomy has never been a tenet of grading systems and the choice concerning whether or not to have a GPA only exacerbates this stigma. Think of yourself as an employer: would you rather take someone with a ‘B’, or someone with a ‘Pass’? Most would pick the B student, even though it is just as likely the ‘Pass’ student did just as well, if not better in the class.

We need a grading system that recognizes the hardships of students at home during this pandemic, no matter what they may be. The Double A system does just that.

The Double A policy, which ensures that all students receive an A or an A-, goes one step further than Universal Pass by addressing the need to show grades for graduate institutions, scholarship eligibility, academic probation, GPA thresholds and so on. This is not a free pass for students; it is an acknowledgement of the perseverance of Georgetown students in uncertain and challenging times. While this policy does create a divide between A/A- students, the difference between an A and an A- is far less significant than the difference between an A and a Fail. Any other system creates a much greater divide between those who can dedicate their time to achieving good grades and those who face an uncertain home life.

Others have brought forward a ‘grade floor’ policy, where one’s grade can only improve from where it currently stands. This policy does not take into account the vast differences in grade distribution throughout the semester in different classes. Some classes may have had 10 percent of grades entered, while others may have 60 percent already completed. This variation leads to different amounts of requirements left over for each student, placing many students at a disadvantage. Additionally, say two students had a B before spring break, and one of them finds themselves in a worse state now. One student is able to increase their grade to an A while the other can only stay at a B. When comparing the two students, it appears that one student is significantly smarter than the other, when it was actually a difference in conditions/resources. This undermines the accuracy of academic evaluation.

Some argue that students will be de-incentivized to work as hard if promised a minimum A-, but this argument is self-defeating. Georgetown students are admitted for academic excellence and passion, and as students, we enjoy learning for the sake of learning. We came to Georgetown to be challenged, not for an easy A. Any of us could have gone to other schools with less rigorous course loads, but we didn’t, because we have the drive to learn. I cannot believe that the vast majority of students will no longer come to class or do their work. If that is the case, then I am disappointed in the students who pay so much money for an institution and an education they do not value. Regardless, the needs of those suffering during this pandemic far outweigh the possibility of unmotivated students.

There are two other concerns that come up when discussing the Double A policy: Latin honors and study abroad. While Double A would affect Latin honors, this is a situation wherein we can afford to advocate for a specific response at a later time. We will push for an equitable evaluation from the administration in calculating Latin honors. We have time to approach and solve this issue; we do not have as much time to solve the greater issue at hand.

Study abroad students are a flaw of every grading policy, as their grades are typically not counted in one’s overall GPA. When it comes to study abroad, the Double A system will apply to Georgetown programs, which comprise about 14 percent of study abroad programs. While the policy would not apply to the majority of study abroad students who are enrolled in non-Georgetown programs, some of those students are now being offered online classes through the remainder of the semester, which would fall under the Double A policy.

No grading policy is perfect. We are in the midst of a pandemic, with the number of cases and deaths rising daily. This isn’t a time to pile on greater stress and competition. We must ensure that none of us will fail in such an unpredictable circumstance. The Double A policy is our best option. It is fair to all, especially those who are disadvantaged by the current system. With this in mind, it is no surprise that 1,556 students have already signed on. 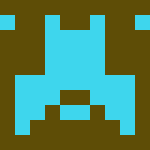 Under your proposal, students who earn an A-, through no fault of their own, may see their GPAs unfairly lowered this semester. Furthermore, graduate schools and advisors have indicated to students that they will accept pass / fail grades this semester, as have fellowship committees. You say that graduate schools will not, while providing no evidence. Here’s some evidence: the Georgetown office of Fellowships, on a call last week with more than fifty students, said that graduate schools and fellowships will not reject pass/fail grades from this semester. I challenge you to support your position with evidence, please.

This semester has a giant asterisk on it. The *most* equitable system is universal pass. To provide for an A/A- system unfairly disadvantages those students who get sick this semester due to Covid, who have parents losing jobs, home, income, and health care to no fault of their own while boosting the GPAs of those who remain unaffected. No one’s GPA should be negatively impacted, and no one should be negatively compared to their peers because of an inability to complete course work. Establishing a hierarchical A/A-/P/F system would certainly do so. There ought to be a system of universal pass. No one’s GPA should be negatively impacted this semester.