How do we keep the quarantine boredom at bay? Cry havoc and let loose the films of Cage. Luckily Amazon Prime has an excellent selection of 10 films starring the most interesting actor of our time, and they’re better in both quality and variety than the selection on Netflix! Here they all are, ranked, so you can pick the best one for your next movie night.

This movie may contain the single greatest acting performance of all time. From the outset, Cage creates a character far removed from the reality of human existence, speaking with an indescribably bizarre accent and enunciating all the wrong syllables. Then he sees a bat, gets turned on by it, decides that it must be turning him into a vampire, and dials everything up to eleven. He starts talking to himself, pantomiming a relationship with an unseen woman, and eating a live cockroach. His eyes bulge from his head, his arms flail, and his neck either over-extends or disappears. When he eventually decides that he has fully become a vampire, he channels Nosferatu (1922), hunching his shoulders, jutting his teeth out, and prowling through crowds of people before breaking and screaming “I’M A VAMPIRE” over and over again. What’s impressive is that on paper the character isn’t necessarily that strange, reading like an occult version of Patrick Bateman in American Psycho (2000), but in Cage’s masterful hands he becomes a singular vision, unlike anything else in cinematic history. At one point he screams out the entire alphabet with such reckless abandon that a simple recitation of the foundations of language becomes a sort of hybrid between rant, manifesto, and soliloquy. It’s a performance equally comparable to Tommy Wiseau in The Room (2003) and Leonardo DiCaprio in The Wolf of Wall Street (2013). Before you read the rest of this list, go watch this beautiful, insane masterpiece—you won’t be disappointed.

For a romantic comedy based off of just the first line of that Dean Martin song about moons, eyes, pizza pies and amore, Moonstruck is pretty great. The movie stars Cher as a young woman who agrees to marry her boyfriend (Danny Aiello), but then falls in love with his estranged brother (Cage). There’s also about seven subplots involving the various infidelities of Cher’s extended family, but they mostly just distract from the magical chemistry of Cher and Cage. Cher (who won an Oscar for this role) is a powerhouse, self confident and in control without resorting to any of the ham-handed clichés that typically define women in rom-coms. Cage, on the other hand, is wild and untamed, manifesting as some sort of working-class animal poet drawn from every conceivable corner of the idealized male psyche. The scene in which the two of them first meet is dramatic cinema at its finest. He rants and raves, lamenting his lot in life, cursing his brother and threatening to kill himself while she tells him to calm down, making it obvious that she is both completely over his bullshit but also falling in love with him. It’s a scene almost Shakespearian in its glory and it elevates the entire film around it.

An early line in this film claims that it is just going to tell you the events as actually happened, implying an objective view into the world of international arms dealers. Of course half an hour later an Interpol agent becomes a main character, proving that entire idea blatantly false (Interpol does not have agents, despite how much Hollywood wants you to believe that they do). Further research reveals that Cage’s character is a pastiche of multiple real-life arms dealers, meaning all the personal life subplots, operational details, and stranger-than-fiction anecdotes are completely made up. As education, Lord of War is worthless, but as entertainment, it’s still a ton of fun. From the brilliant opening sequence, showing the POV of a bullet from foundry to firing, all the way through to the cynical final twist, this film is thrilling— like Goodfellas (1990) but with more tanks. The political commentary isn’t particularly deep, unless you’re surprised to find out that people who sell guns to dictators are bad, but it’s a fun film nonetheless.

For anyone who needs proof that Nicolas Cage was once a well respected actor, here’s a movie he was in directed by Martin-freaking-Scorsese. In it, Cage is an ambulance driver slowly going insane from the chaotic nature of his work. Unfortunately, “slowly going insane” means the conventional, emotionally resonant type of insanity, not the batshit-crazy Cage version of insanity, otherwise this could have been the greatest movie of all time. As it stands, it’s still a really good movie, but it could have benefitted from Cage being let off the chain.

French terrorists have stolen a Russian nuke and are planning on setting it off in L.A., so the FBI tries Cage, who can see two minutes into the future. Their plan is to tie Cage down in front of a television and get the exact location of the explosion from him when it’s announced on the news. Let’s break this plan down, keeping in mind that Cage can only see two minutes forward. In those two minutes, the bomb has to explode, a seismologist has to detect the explosion, process the emotional toll of 8 million deaths, then call its exact location into a news station, the news station has to broadcast the information on air, giving precise details instead of just saying that L.A. has been destroyed, Cage needs to hear the broadcast, pass the information on to the FBI, who then call the local team on the ground so they can go to that location, find the bomb (which is probably not in plain sight) and disarm it. All in under two minutes. The movie never explains how this is supposed to work and the bomb is (spoilers) still not found when the credits role. Otherwise it’s a pretty decent sci-fi action flick.

Cage is mad about his daughter being kidnapped and murdered, so he starts working through the list of people he knows to find out why she was killed. The first thing he does is find his daughter’s teenage friends and threaten to murder them because they didn’t fight back against the heavily armed criminals who kidnapped her. Then he teams up with a bunch of unbelievably muscular dudes to kill a lot of people. Of the many straight to VOD action movies I’ve seen Cage in, this is the only one that tries to turn him into a fighter, forcing him to get physically involved instead of just standing around shooting people. There’s a reason for that. Watching Cage spastically whirl around with a knife pretending to kill people may be among the most unintentionally funny things to be put on screen. Watching him scream in anguish about all the dead people, though, is absolutely wonderful.

This is the only Nicolas Cage movie to be on both Netflix and Amazon Prime. Its precipitous drop from fourth on the Netflix list to eighth on this one should prove just how much better the Amazon Prime selection is. The first twenty minutes are still great, the last two hours are still awful. It’s still about 9/11 though so I’m not going to rip into it too much.

Welcome to International Assassin: The Movie. Cage is a hitman who needs to do one last job before getting out of the game for good. He’s got four rules that have kept him alive this long, and as long as he follows them, he’ll survive the Bangkok job and retire a rich man. By the 15 minute mark he’s already broken half of them. This movie is bland…like super duper bland. If you’ve seen it in an assassin movie before, it’s in this movie. Silly bit of “cool” sounding dialogue, check. Moral quandaries over killing, check. Innocent love interest who balks over the assassins violent career but then is used as a pawn by the bad guys, check, check, and check. Honestly, the movie doesn’t completely suck, but you’d be better off watching literally any other assassin movie, ignoring all the cool parts and mentally replacing the lead with the most boring Nicolas Cage performance you could think of.

I submit that all serial killer movies would be better if they were set in Alaska. Something about the lack of light, bleak expanses of wilderness, and cold, grumpy people really emphasizes the moral murkiness and nihilistic overtones that tend to define the genre. Take, for instance, The Frozen Ground. It’s a thrill-less thriller, utterly lacking in suspense and uncomfortably fixated on the naked bodies of its potential victims, but the ice, snow, and random moose sightings provide enough ambient mood to keep it from being totally unwatchable. Cage turns in an uninspiring mediocre performance, but 50 Cent wears a terrible wig while being held at gunpoint by the least convincing hitman in cinematic history, so there’s that.

So that’s it, all 10 exhibitions of Cage’s acting talents available on Amazon Prime. Now go watch Vampire’s Kiss and just be amazed by the sheer ridiculousness of that movie. 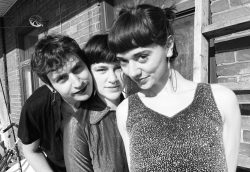 The “Fake Pietro” Problem in WandaVision