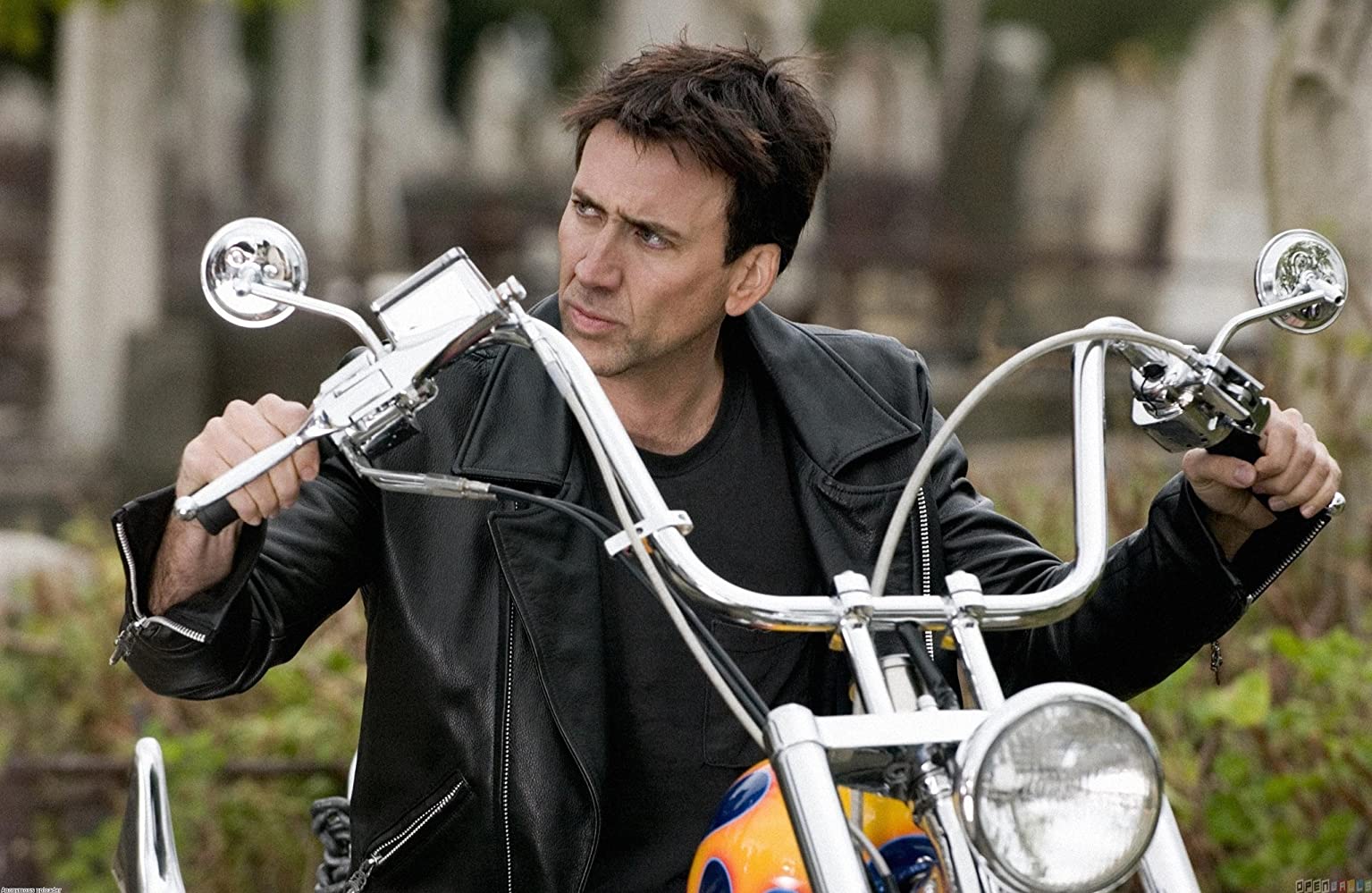 Look, you’re in quarantine and there’s only so many episodes of Tiger King out there. Eventually, you’re going to get bored enough to watch a film starring the man, the myth, the legend, Nicolas Cage. Anticipating this eventuality, Netflix has provided 10* diverse offerings featuring the best over-actor of all time. I watched all of them, so here they are ranked from best to most cringe worthy.

*Technically Cage is also in Spiderman: Into the Spiderverse (2018), which is also on Netflix, but he isn’t the lead so I’m not counting it as a “Nicolas Cage Movie”. Also it’s way too good of a movie for this list.

Weirdest Moment: “I’m going to steal the Declaration of Independence.”

It’s a movie where Nicolas Cage steals priceless American documents because they’re secretly maps to even more priceless American treasures—what more do you want? Despite the bonkers premise and a questionable understanding of how physics, history, and the U.S. legal system work, National Treasure is a ton of fun. It may not be a great movie, but there’s a reason it’s the only movie on this list that I’d heard of before last week.

Hair: Slicked-back do with an excessively bushy cop-stache

explanation for this, and the movie even admits that it tastes disgusting.

The first half of this movie is a weird, if uninspired, dark comedy about two cops (Cage and Elijah Wood) robbing a criminal’s bank vault. Cage gets to do all sorts of odd things, like eating spicy lemons, painting his nose white, and doing the German version of when white people stick an “o” on the end of words to pretend they’re speaking Spanish. Then, the second half of the movie happens and The Trust becomes great. The entire heist is tense, dark, and unsettling, ratcheting up the conflict between Cage and Wood as their personalities start to clash. The weird tics that defined Cage in the first half accumulate into legitimately sociopathic character traits, culminating in a brilliant scene that is not only full-on Cage insanity, but also delightfully terrifying. My response to The Trust can best be summed up by a quote from the film: “I respect you…and I dig you.”

Weirdest Moment: Cage takes a “photo” of his son by smashing him in the face with a rock.

A ram-bird headbutts a rat-dog halfway across the desert! Swarms of skeleton-robins reduce a whale-hippo to bones! A platypus-dodo goes gaga for a sexy lady platypus-dodo! Oh, also rebellious teenager Emma Stone has to find her identity and grumpy rule bound dad Nicolas Cage has to learn to accept new things in a rapidly changing prehistoric world; standard kids comedy stuff. But the giant green murder cat looks so fuzzy! Honestly, just watch this one for the creature design.

Hair: Slicked back do with a tastefully bushy cop-stache

Weirdest Moment: The movie is about 9/11 so I’m going to pass on making fun of it

Cage plays John McLoughlin, a heroic cop who was trapped under rubble when the World Trade Center collapsed on 9/11. Most of the movie is overly sentimental and a bit boring, adding little to our understanding of the event, but the first 20 minutes are fantastic. Focusing on the actions of first responders instead of footage of the event, the opening section of the film emphasizes heroism while still conveying the horror of what happened. World Trade Center knows that it doesn’t need to show the planes crash or the towers fall; the audience has already seen those images and had them burned into their brains.

Trapped in jail, Cage goes into full freak-out mode, transforms into a flaming skeleton and murders all of his cellmates. Then he turns, dramatically points at the only person left alive in the room and bellows “You…INNOCENT.” It’s a ridiculous scene fitting of what has to be one of the weirder superheros to ever get their own movie. Unfortunately, the rest of the movie doesn’t really live up to the pure, coked-out glory of the prison sequence. While Ol’ Saint Nic gets a few chances to go full crazy-Cage as the Ghost Rider, anytime he’s forced to play alter-ego Johnny Blaze, he seems confused about what’s going on around him. Peter Fonda and Wes Bentley show up as the least interesting demons in the history of film, while Eva Mendes plays a generic love interest and drinks a ton of wine. Shockingly, the best performance in the film might come from an unrecognizable Rebel Wilson blithely commenting on Ghost Rider’s edgelord fashion sense.

Cage plays the biggest idiot of the Middle Ages as he tries to decide whether or not the prisoner he’s transporting is actually a witch. On one hand, she’s inhumanly strong, mysteriously knows his entire history, and can summon a pack of demon wolves, but on the other hand, she’s hot. Bafflingly, the script gives all the fun lines to co-stars Ron Perlman and Claire Foy, leaving Cage as the boring straight man. Credit to the production design team though, the oppressively grimey set and costume design keep the film from feeling too much like it belongs on the SyFy channel.

Weirdest Moment: Peter Fonda casually mentions “that spitting incident,” which sounds like it was more interesting than this movie.

The Runner chronicles the life of a Louisiana politician as he tries to balance his flawed personal life with a genuine want to help his community after the Deepwater Horizon oil spill. The caliber of the acting (including a solid, if sadly conventional performance from Cage) and serious subject matter makes it seem like this movie thought it was Oscar bait. If it actually wanted to win awards, however, it shouldn’t have been this boring.

Weirdest Moment: Cage, shot in uncomfortable close up, gives a monologue about war straight into the camera.

This movie is 40% war movie, 40% shark flick, 20% courtroom drama and 100% boring. According to IMDb, the film only lasts around 2 hours, but I think watching the entire Lord of the Rings trilogy in one sitting would take less time. Cage’s boring performance gets buried under about 30 different subplots, including a love triangle between two sailors I could never tell apart and at least two attempts to solve racism. If you want a good cinematic version of this story, go watch Quint’s monologue from Jaws (1975), which does more in three and half minutes than this movie does in about 35472 hours.

Hair: Dyed black and shiny, unlike the greying chest fur

Weirdest moment: Someone tapes a piece of bread on their face to cover a wound when their eye gets shot out.

Turns out that “New Eden,” the place where the rich government sends poor people who “don’t contribute enough to society,” is evil! Shocking, right? I’m pretty sure there was supposed to be a message somewhere in here about environmentalism or immigration or the state of America or something. I’m also pretty sure the plot doesn’t entirely make sense. Honestly, I was too bored to figure any of it out. The only saving grace is Hugh Dillon as the bad guy, who exudes the manic energy Cage should have brought to this low-grade dumpster fire.

Weirdest Moment: There’s about a 5-minute montage of Cage’s character having sex with his girlfriend’s daughter who’s been possessed by the spirit of his dead wife while reading poetry written by real-life Nicolas Cage, including the line “Your peach juice cascaded over and upon my golden cock.”

Oh god, where to start with this movie? In addition to the poetry montage, there’s a scene where Cage has sex while comparing himself to the demon-possessed prepubescent girl from The Exorcist (1973). In another, he gets a hand job while discussing the merits of okra. At one point he refers to himself, positively, as “a man-gator”. He introduces his dead family by holding up a picture and screaming “OOPS, THEY’RE DEAD!” at a woman he just met. I’m pretty sure he was drunk for the entire movie. But before you get the idea that this might fall into the category of so-bad-it’s-good, just be warned that it’s really, really creepy. The basic setup is that Cage meets a woman (Franka Potente) who can bring spirits back from the dead if she’s choked. Cage tries to help her bring back the spirit of her comatose daughter, but accidentally brings back his dead wife into the daughter’s body instead. This is basically just a justification for 56-year-old Cage to have lots of sex with a woman and her 18-year-old daughter. It’s super skeevy. Making matters worse, the daughter spends the entire film in full-on jailbait Lolita mode, while Cage, Potente, and director Maria Pulera make everything as uncomfortable as possible. I felt like I needed to take several showers and maybe visit a priest afterwards. Which is a shame, because amongst the constant skin-crawling grossness there are some absolutely glorious moments of bonkers Cage acting.

So there you have it, every single Nicolas Cage film available for your perusal on Netflix. Tune in next week for a ranking of every Nicolas Cage film on Amazon Prime! Because quarantine is dull, and the only thing getting me through it is insane acting decisions. 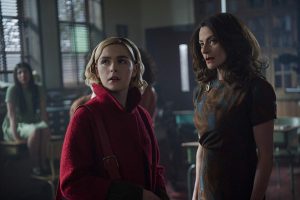