I laughed at this witty exchange, having stopped flipping channels to check out an episode of the Discovery Channel show Destination Truth and the following show with the same host, Expedition Unknown. After Destination Truth caught me with that funny conversation, Expedition Unknown had me entranced. I spent the rest of my afternoon binge-watching it from the comfort of my bed on summer break after my freshman year at Georgetown. The intriguing subjects it covered—Jesse James, the lost civilizations of Latin America, Atlantis, and more—had me hooked. Even more compelling was the host who had first grabbed my attention with his response about the dormant volcano.

Expedition Unknown’s charismatic host is Josh Gates, a professional archaeologist. His quick-witted humor and genuine interaction with others hooked me. Every time he told a pun or yelled phrases such as “KING MUTT!” upon being handed dog bones in an Egyptian tomb, I found myself thinking: “Is this guy seriously a historian—an archaeologist with a degree?!”

Watching Gates changed my perspective on the fields of archaeology and history for the better. Before watching Expedition Unknown, my appetite for absorbing history had hit a dry spell. Since childhood, I’ve been an avid history nerd and loved digging up objects to restore them, especially considering I live in rural Tennessee on land that has been in my family for many generations, with plenty of things hidden in the ground after years of use by the various mechanics and farmers in my lineage. Being able to go outside as a child and dig for hours to find various car parts, farm tools, or miscellaneous items,miscellaneous items, such as vinyl records, dinner plates, and vintage toys, always excited me. I would try to restore them, pondering their history and how it connected with my family. Most historical shows and documentaries, however, feature older, frowningly serious historians and experts. Though history was still an exciting interest for me, I didn’t see a future in the field, as the myths of Indiana Jones were dispelled and I could not see myself hunched over a desk for the rest of my life with a furrowed brow, a constantly serious disposition, and eternally gray hair.

Gates changed that for me. Seeing his humor and unbridled passion alongside that of the scientists, historians, and archaeologists he worked with, inspired me. It made me realize, “Wait, this field isn’t dead…look at all these cool people having a fun time!” While studying and researching are, of course, vital parts of the job, the discovery process is much more invigorating, and seeing adults professionally doing what I loved as a child excited me.

Though there are similar shows where hosts go investigate mysteries or historical events, where some hosts are even experts themselves, Gates is on another level with his authenticity. His quick and clever humor already set him apart, but the way he approaches the craft of investigative archaeology and the respect he gains from others make him, in my mind, more genuine than almost any other host I’ve seen since perhaps Steve Irwin.

The small things he does are what make all the difference, such as his obvious excitement and respect toward the subjects on the show. Like other hosts, he takes the investigation seriously and arrives at a location well-researched. While I’m sure other hosts are interested in their subjects, Gates is effortless when it comes to placing his full attention on what his interviewees are saying and doing. His questions are well-researched, sometimes a bit funny, but always allow the expert consultant the chance to show their real knowledge on the subject at hand rather than only answering rudimentary questions.

Furthermore, if the local expert suggests they should go see a person, place, or artifact to continue the learning elsewhere, Gates’ response is grateful excitement. “Can we?!” or other encouragements to let the person lead the way are his alternatives to the usual TV host response of solemnly nodding and following along.

He also makes sure to engage with locals during investigations, constantly making them laugh, trying out the food, and commenting on what he loves about the cities, even if he’s only passing through. These traits allow him to bond with the people he meets on his travels and maintain respect from the experts he encounters as someone genuinely interested in their work, not only getting a cool shot for TV.

His handling of artifacts is another series of small actions that showcase his genuine love and skill for the craft. Gates carefully holds and examines objects, continuously asking for permission to proceed before taking samples, photographs, and other forms of documentation. No doubt this is from his archaeologist training, but I have never seen such care be taken every single time by a host. It is the culmination of these smaller actions and habits of Gates that set him apart from other historical experts I’ve seen lately.

I quickly became a passionate fan of the show, especially as I began working with Father Desbois and his team, Yahad-In Unum, conducting investigations of the mass graves from the Holocaust in Eastern Europe. I didn’t know just how much Gates’ show would affect my life though.

Around December of 2019, while I was working with Father Desbois, I was majoring in International Politics. Whenever I would mention to my peers the work I was doing on those mass graves in Eastern Europe or the case study of Reinhard Heydrich, a common response was: “Why? That stuff is done and over with. Who cares?” This often felt like a step on my heart, and I found myself feeling unfulfilled and invalidated.

I then came home for Christmas break, feeling exhausted and depressed with my studies. I was burnt out and as an International Politics major, I felt I was not doing justice to my true passions: history and music. I was afraid there was no stable future in those fields.

At home, I started a marathon of Expedition Unknown to cheer me up, when an episode began to air about Nazi mysteries. It was Gates’ concluding monologue that suddenly made everything click. He said, “With the rise of fascism once again happening all around the world, there is no better way to prevent its evils, than to know its full history.” It clicked that the work I was doing does matter, in contrast to those who seemed to consistently question if it did, or had vehemently decided that it didn’t. This validation was all I needed. I transferred out of the School of Foreign Service and to the College to major in History shortly after. Today, I am enjoying my new classes thoroughly in my new major and continue to work with Father Desbois on mass grave investigations. I started writing columns and articles about the correlation of music and history, as I am now unafraid to show my love and passion for the subjects.

It was Gates and his love for history and archaeology that helped me rediscover my true passions. His exciting humor, coupled with his careful research and respect for everyone he meets and works with, showed me another side to the field of work that I had been losing hope for a happy career in. These traits, which make him both an excellent host and archaeologist, also make him an incredible role model in my eyes. Seeing him bring such life and passion into a field on TV for the sake of the field and research itself, and not his own gain, was a breath of fresh air. I would not be surprised if he were to inspire many other kids and young adults to pursue a career in archaeology or a related science, much as he did for me.

Coming into my senior year, I’m hoping to find a graduate school to study archaeology and music production, whichever comes first. Gates has given me so much laughter, inspiration, and knowledge. He would be the number one person that, given the chance, I would choose to have coffee with any day. I highly recommend watching Expedition Unknown for all your light-hearted, but educational and funny quarantine needs. 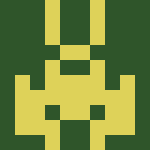