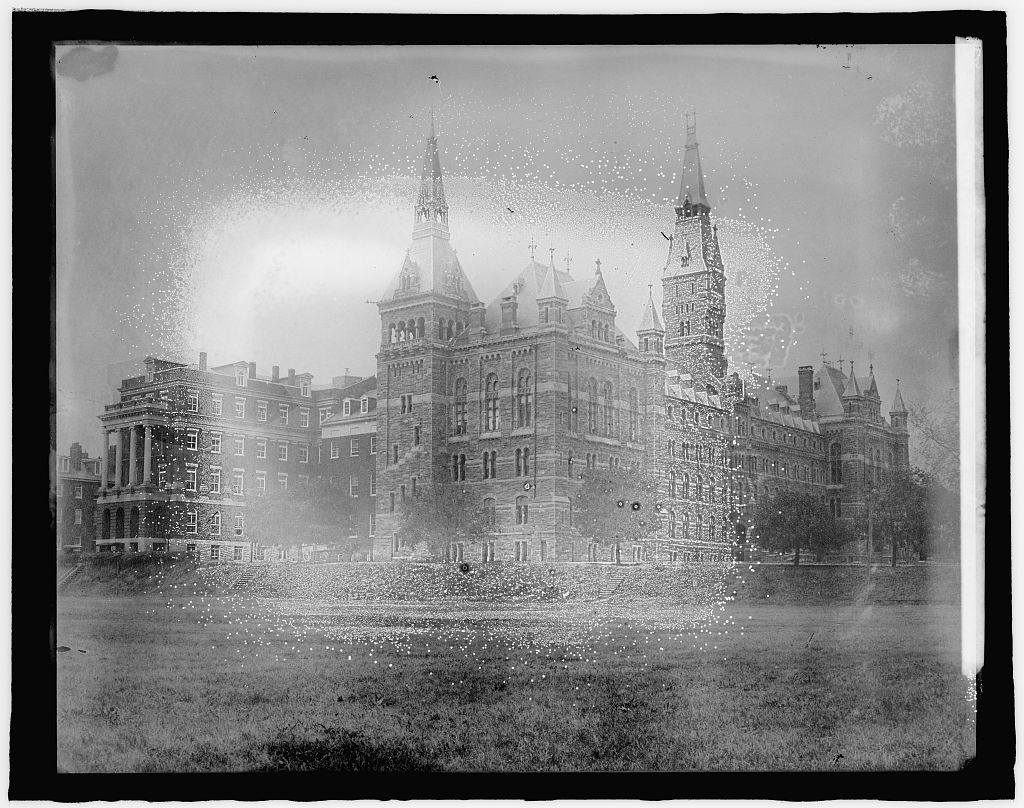 Georgetown did not publicly acknowledge this intimate history with slavery until April 2016, when the New York Times published an article revealing the sale of the GU272 to the public. Since then, the university has consistently mishandled its response to this history, especially with its refusal to instate a student-mandated reconciliation contribution for the descendants of the 272.

We at the Voice have called for the instatement of this fee, but as the students who led the push for greater recognition of the 272 graduate, we also find ourselves in need of something more—a mandatory class dedicated to educating Georgetown students about the tightly-wound histories of slavery and the university.

A monetary reconciliation on its own, if it does come to fruition, is not enough to adequately address the fact that Georgetown University’s existence is the result of the enslavement of hundreds of individuals who were forced to work, without autonomy or pay, to build and operate the institution. The legacy of oppression is so pervasive on this campus it must be openly discussed by students who benefit from the trauma of those enslaved people two centuries before.

This discussion cannot be optional—no student should be able to leave the Hilltop without having grappled with the explicit participation of their alma mater in one of the most despicable practices in human history. In order to ensure all students engage in this conversation, the class on the 272 should be a mandatory one-credit class. Ideally to be taken in a student’s freshman year, the class would educate students on the 272 and Georgetown’s history with slavery and force them to consider how they have benefitted from the practice.

The need for this class is especially crucial as new students enroll at the university. These new students will not have been at Georgetown for the education initiatives provided by the GU272 advocacy team during the referendum vote, and may be unfamiliar with the 272 and the university’s history of slavery. This is unacceptable. This mandatory one-credit class could, if necessary, replace the current domestic diversity requirement, which often fails to provide students with a look at real instances of racial oppression and injustice in this country.

Luckily, a class similar to this already exists—a course entitled “Facing Georgetown’s History” has been housed in the American Studies program since 2016, and includes a curriculum that exposes students to the Georgetown Slavery Archives and the Jesuit’s history with slavery. Past students of the class have described it as essential and suggested some version of it be offered to all students. One descendant of the GU272 who took the class told the Voice last semester, “Our hope is that over the course of four years, every school and curriculum will incorporate this history into their curriculum.”

While we recognize it might take a few semesters for a class of this nature to be crafted and staffed (though the existing curriculum should streamline the process), this should not prevent the university from mandating education around the 272. In the interim, the university should implement a mandatory one-day training, similar to bystander intervention training currently required, for all incoming freshmen. This training could be run by qualified faculty, so as not to place further burdens on students who have already educated and advocated for the 272. Comparable trainings exist in the Center for Social Justice, which asks all its student employees to participate in “Start Talking About Race,” faculty-led biweekly conversations that have students reflect critically on the role race plays in their daily lives, education, and careers.

Though there is no excuse for Georgetown not to implement programs similar to the ones outlined above, until they do, students both new and old should do what they can to educate themselves on Georgetown’s history of slavery. The Voice’s explainer piece, seen later in this issue, is a good way to start. Campus and national media outlets have covered the issue, and Georgetown’s working groups have produced historical reports, which can be accessed on the Slavery, Memory, and Reconciliation website.

Especially as Georgetown continues to fail to listen to the will of the students, it is crucial that students are educated about the GU272. Students must create it for themselves, until the university begins to provide this education.