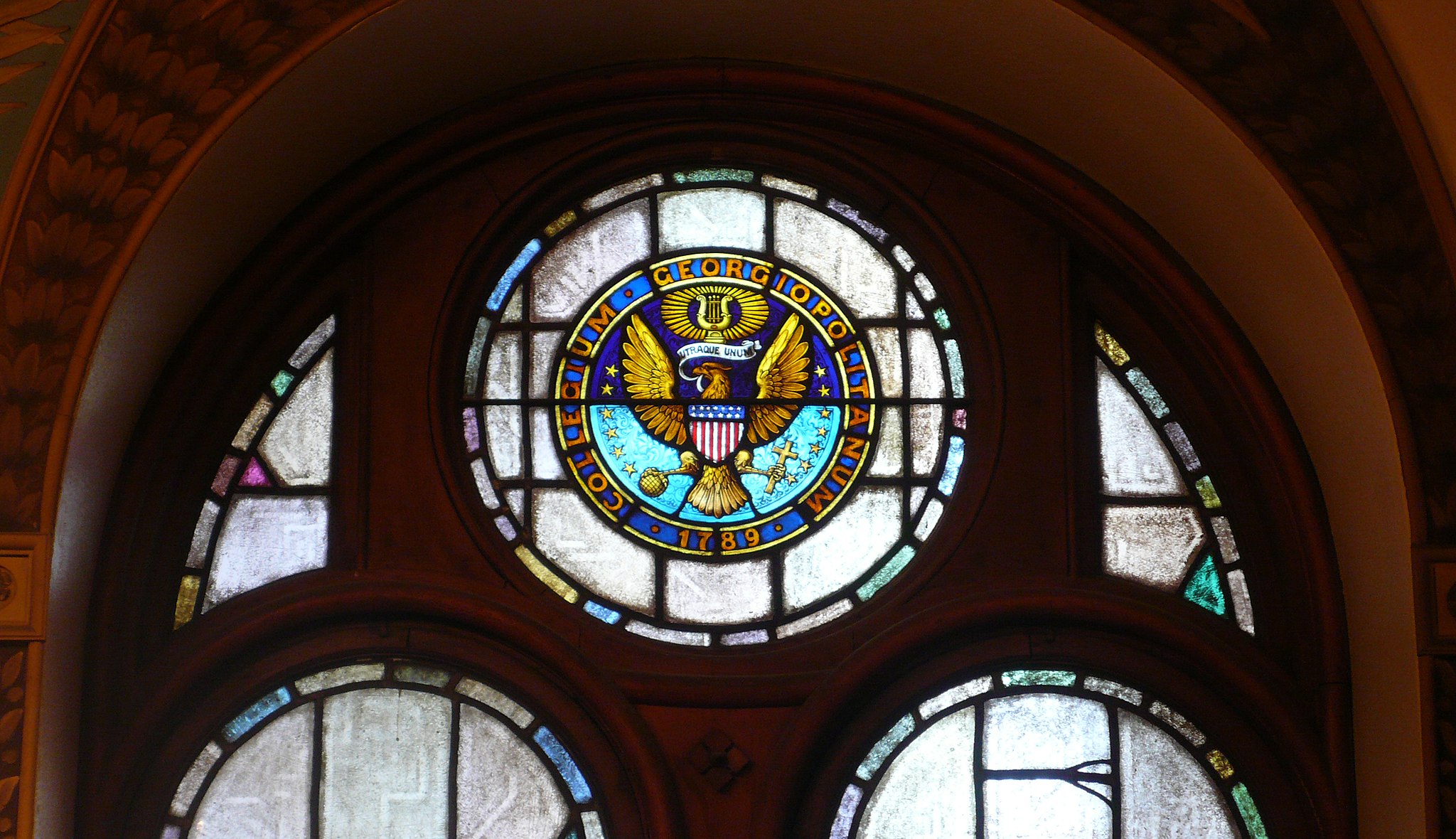 Students at Georgetown have precious few ways to have the university administration hear their voice. In a community with many diverse perspectives, the initiatives that the majority of students support should be given the utmost consideration by the university and, barring prohibitive logistical issues, be immediately implemented.

Sadly, this philosophy of how the referendum process ought to work at Georgetown is far from reality. Of the last four referenda voted on by students, the response to two has shown the university’s blatant disrespect for student voices. The outcome of the GU272 vote has been all but ignored, and the fossil fuel divestment has been rolled out in a manner that overshadowed student advocacy.

On April 12 of last year, the student body voted to create a reconciliation fund for descendants of the 272 enslaved people Georgetown sold to keep the university financially viable. 2,541 students, approximately a third of the student body, voted in support of the referendum. Of those who voted, 66.08% voted in favor. Even with one of the highest turnouts in recent years and clear support from students, the university has shown a clear disregard for the referendum.

Rather than implementing the mandatory contribution of $27.20 with every semester’s tuition that students voted for, University President John DeGioia announced on Oct. 29 that the university would create a fund consisting of voluntary contributions by students and university community members. While the university promised the fund would raise the same amount of money as the policy proposed in the referendum, roughly $400,000, they have not said how this will be done, merely that a plan is being developed for Fall 2020. The lack of student and community obligation would likely translate into less financial support for the descendants.

The fund is undoubtedly a step in the right direction, but it does not begin to fulfill the mission the student body sought to achieve, nor does it respect the wishes of students who voted. The heart of the referendum was to directly require contributions from students who currently reap the benefits of the university having sold slaves. Collecting donations by choice fails to address the root of the issue, the Georgetown community’s responsibility for their role in the reprehensible institution of the slave trade.

The 272 referendum was, on the whole, a fairly modest ask. It required little financial support from the university, mainly administration and oversight. If a referendum with such slight demands of the university, and with such a high level of student support is ignored, what student referenda will be executed?

This semester, student activists from Georgetown Fossil Free (GUFF) worked incredibly hard to put a referendum regarding university divestment from fossil fuels on the ballot. After years of GUFF’s core mission being largely ignored by the university, when students were given the chance to register their concerns, 90.65% of voters, over 2,000 students, voted in support of divestment.

However, on the day of the referendum, while students were still voting, the university announced that the Board of Directors had decided to divest from fossil fuels. Though we, and most students, are in support of that policy change, the university announced the change in the worst way possible. Rather than waiting until voting had concluded, and crediting GUFF with proposing the initial divestment plan and raising support among the students, the university took the legs out from GUFF and every student who voted in support that day.

By failing to acknowledge GUFF’s referendum, or properly credit their nearly ten years of work to advocate for divestment, Georgetown framed divestment as an initiative originating from university administration, instead of the students who worked against the administration to have the initiative implemented. And by making their announcement on the same day as the referendum, the university undercut student voices, signaling they had made up their mind regardless of what students wanted.

“Student referendums help to express important student perspectives but do not create University policy and are not binding on the university,” a university spokesperson wrote in an email to the Voice.

These actions are not in line with the behavior of a university that respects student opinions. The intention of referenda is to take measure of the student body. When these initiatives pass, it is only after hearty debate and consideration by students. Those who vote are informed in their opinions and have reasons for voting the way they do. It is not by whim or accident that we demand these initiatives. As students, we have limited power to affect institutional change at the university. This does not make our view on those institutions less important, nor does it mean we should not be listened to.

We believe the university must actually follow the will of the students they represent. This begins with listening to students—the board should bring in the student activists who support the proposal to present the referendums to them and, when implementing the solution, should engage with the communities it impacts. We cannot expect a panel of billionaires with limited interest in improving the student experience at Georgetown to understand what we as students have asked for without at least speaking to students.

This campus is ours. The purpose of a university is to serve its students, and we as students know what we want. Once we have voted, Georgetown must follow through.