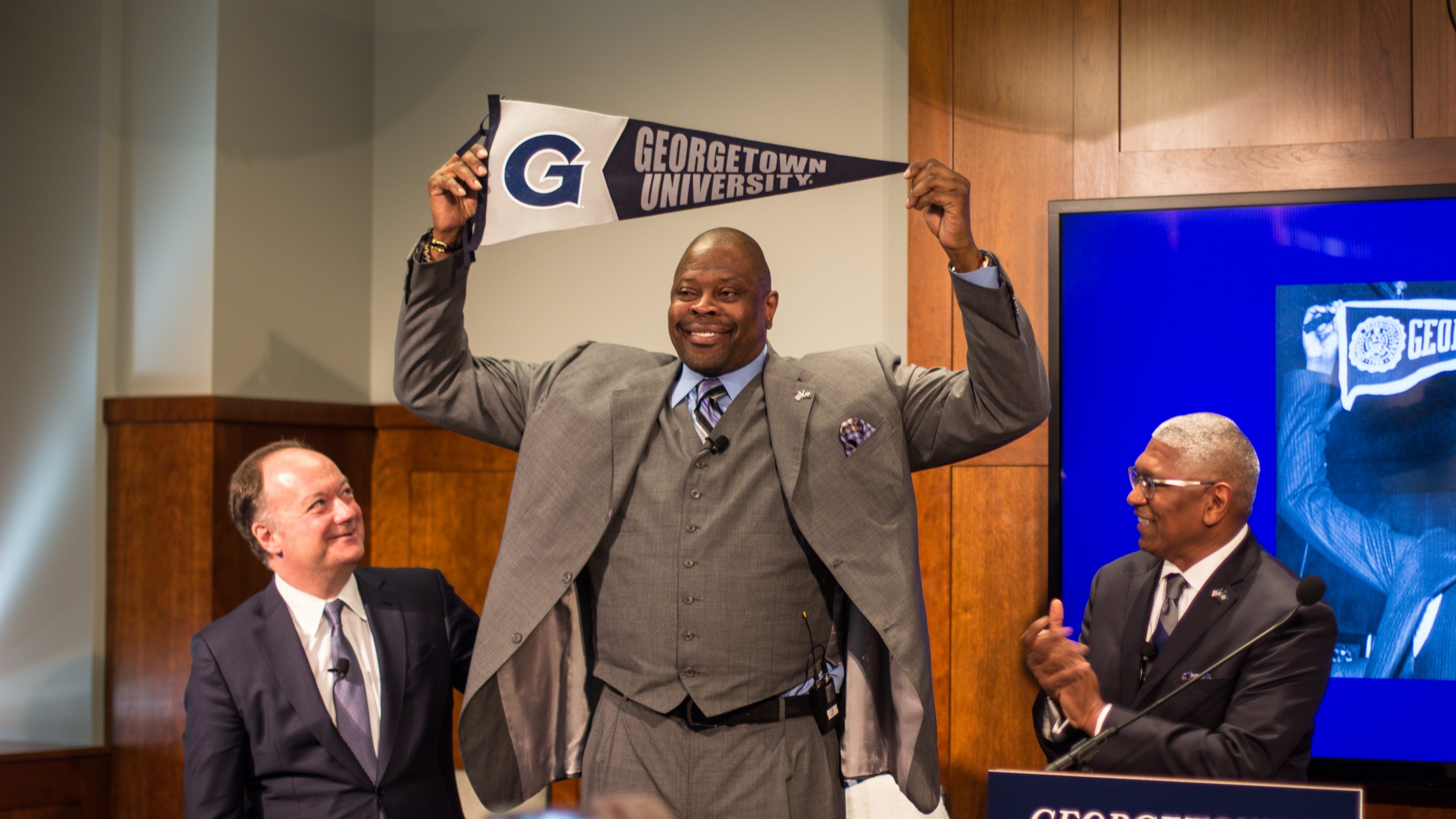 “This is a special day for our university and our men’s basketball program,” DeGioia said. “Thirty-three years after winning the NCAA National Championship, number 33 is coming home,” he continued, referencing Ewing’s collegiate jersey number. 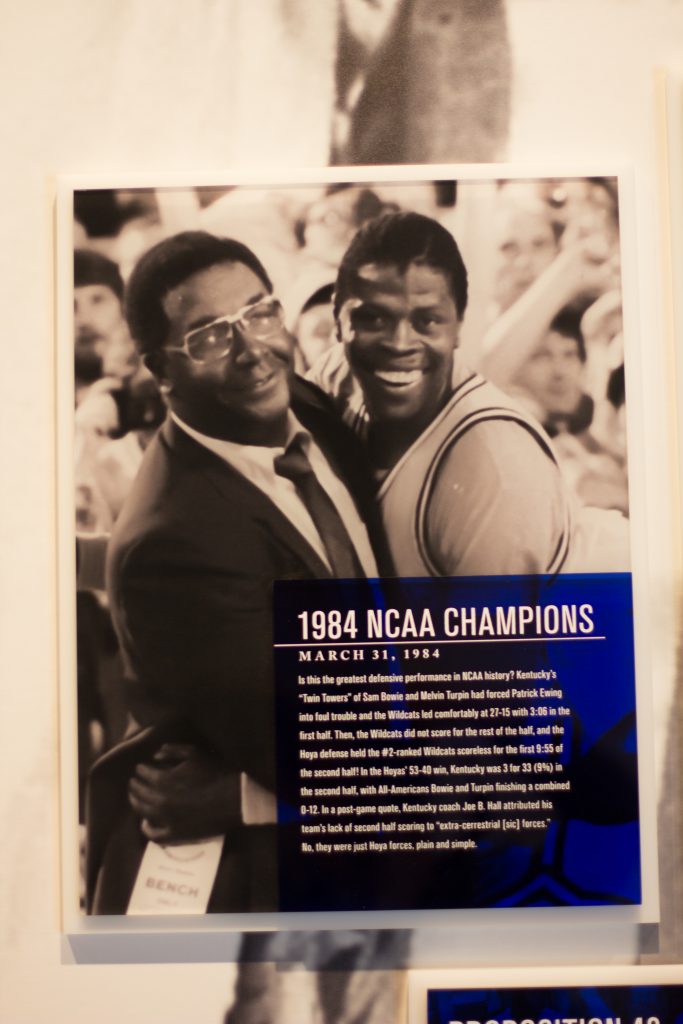 A plaque in the Thompson Center, which displays Thompson, Jr. and Ewing embracing during the 1984 National Championship game. Photo by Alex Lewontin/The Georgetown

After being introduced by Reed, Ewing delivered an opening address in which he recalled his time on the Hilltop and discussed his experience coaching in the NBA. He expressed great appreciation to the university for its contributions to his academic and professional developments.

In particular, Ewing praised his former coach, Thompson Jr., for his role in leading the program to national relevance over thirty years ago. “I’m very honored and pleased to be named head coach of Georgetown basketball,” Ewing said. “We’ve had a rich tradition, led by… coach Thompson. His vision, hard work, and dedication has helped to lift the program to where it has gotten. It’s my job to add on to that legacy. I’m here and dedicated to roll up my sleeves and get to work.”

Following Ewing’s statement, a question and answer forum was held. When asked about why he chose to leave the NBA coaching scene in favor of the college ranks, Ewing replied, “If it was any other university, I wouldn’t be doing this. But, it’s my alma mater. It’s Georgetown. I’m a Hoya. I just thought it was a great opportunity to come back and try to help rebuild the program.”

Due to his lack of experience at the collegiate level, it remains to be seen how the new coach will adjust to the ever-evolving high school recruiting scene. Ewing, however, remained confident that he would be able to recruit effectively. “I’m going to put around myself a great staff, which has the ability to go out and recruit and teach me all the things I need to know,” he said. “This area is the hotbed of talent. If we want to be competitive, we can’t let them get away… It’s all about going out and selling your program, and I think I’m a great salesman.”

Moving forward, Ewing expressed a desire to implement a style of play more similar to that utilized in the NBA. This includes playing more uptempo and shooting open three-pointers, according to Ewing. He also said he plans to implement the aggressive defensive schemes Georgetown was known for in the 1980s under Thompson, Jr.

Ewing’s son, Patrick Ewing, Jr., who is the current director of basketball operations for the team, will be forced to leave his position due to Georgetown’s nepotism clause. The team will now have to search for replacements, as well as assistant coaches to fill current vacancies. No timeline for this process was given during the event.

With the pending graduation of seniors Bradley Hayes (COL ‘17) and Reggie Cameron (COL ‘17), as well as the departure of graduate student Rodney Pryor, who has used all four years of his NCAA eligibility, the team will have just nine out of 13 roster spots filled going into next season.

With so much turnover in the program in the last two weeks, it is unclear what the team’s expectations are entering next season. Regardless, Ewing maintained his belief that Georgetown can return to its former glory.

“We need to get back to the way it was. No one liked us. ‘Hoya Paranoia,’” Ewing said. “When people think about the Big East, they think about Georgetown. Even though we’re not at full strength right now, we’re still Georgetown.”

DeGioia and Reed each gave short remarks regarding the hiring process and expressed their pleasure in welcoming Coach Ewing prior to his introduction.

“Coach Ewing embodies the tradition of excellence that defines our program; a tradition he helped define three decades ago,” said DeGioia.

“We wanted someone who was understood and was passionate about doing things the right way. The only way. The Georgetown way.” 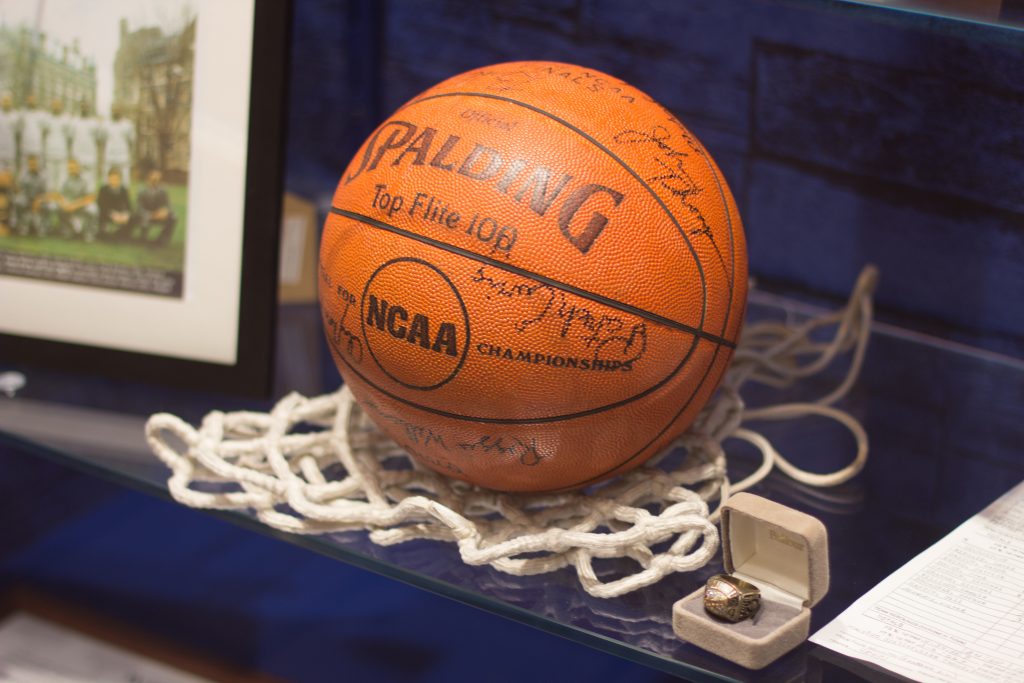 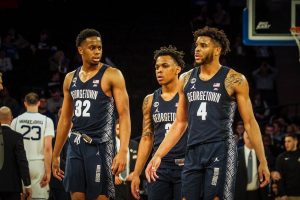 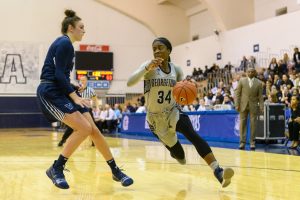 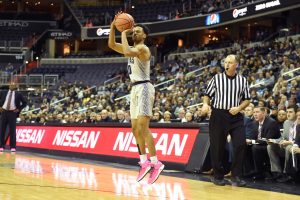