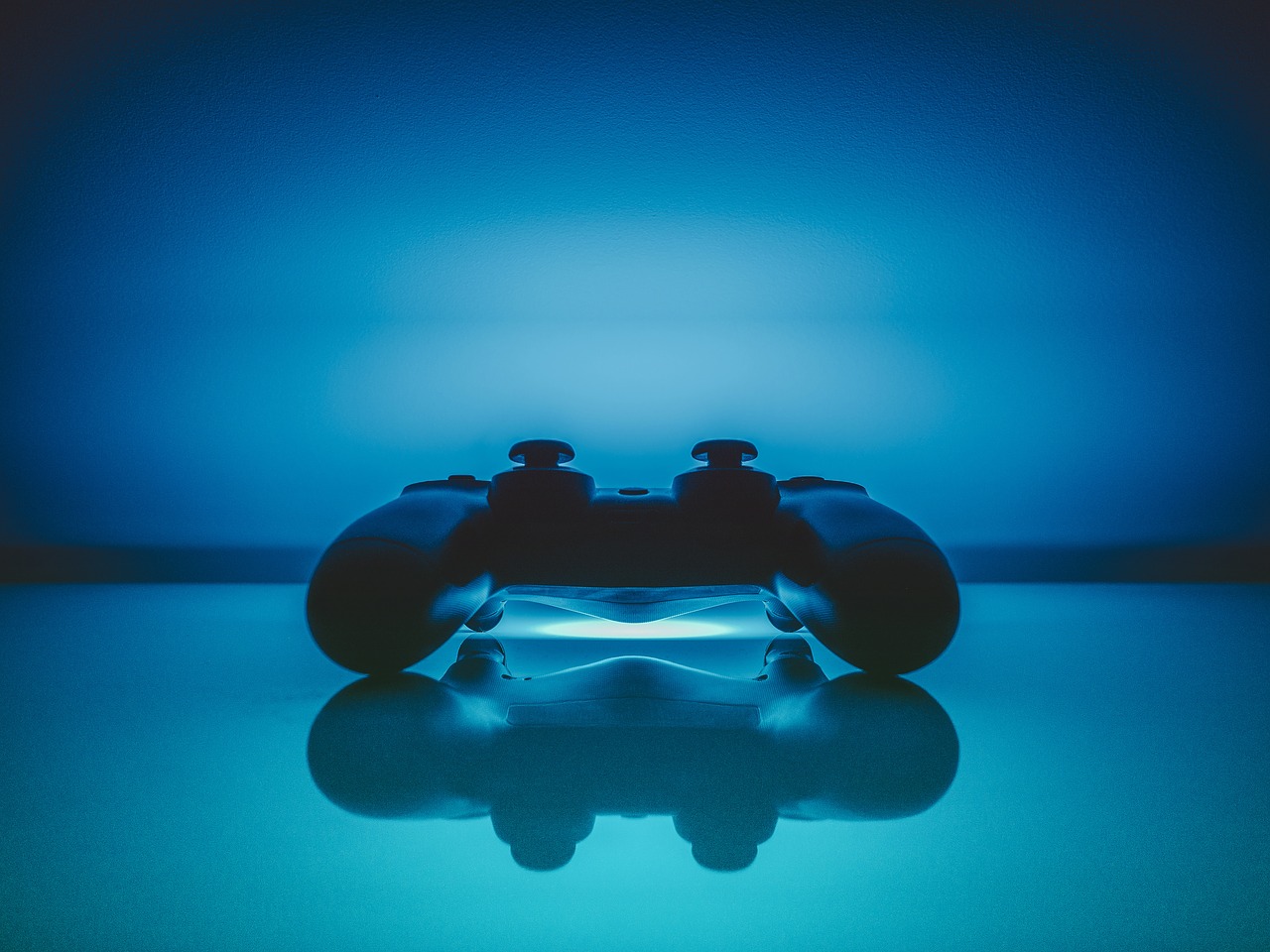 COVID-19 has caused a global interruption of standard social life. Social distancing guidelines along with the closing of most public places have forced many people into isolation. Yet, we are still desperate for human interaction. I, however, have also desperately tried to avoid the awkward silence and shame that follows the dreaded “What have you been up to?” question in an attempt to make casual conversation. I wanted to find opportunities to do something with my friends. In this pursuit, I fell back into a childhood hobby: gaming. This was not a unique experience, as one of the industries positively impacted by COVID-19—through increased sales and market base—has been video games. One of the major reasons for this success is the capacity of video games to provide a virtual outlet for people to socialize and enjoy time with their friends without the responsibility of conversation-making. Here, I hope to lay out some of the games I’ve found to be most effective towards this end, with a variety that is intended to be accessible to both veteran gamers as well as newcomers.

Among Us is reminiscent of a board game dynamic. Players design cute characters and then attempt to solve a series of tasks around a spaceship using simple keyboard and mouse controls. Some of the players, however, are secretly “impostors” that are attempting to thwart the crewmates’ success in completing these tasks by killing and sabotaging them. In order to keep the game interesting, everyone must be completely silent while completing their tasks unless a meeting is called. In meetings, players vote on who they believe is the impostor or discuss what they’ve noticed. Ultimately, the person who receives the most votes is kicked out. If players guess the impostor correctly, they are closer to success, yet, more often than not, people throw out innocent crewmates. This is because in these meetings people will scream, fight, lie, and sometimes they will be so obvious you cannot help but laugh in their face (that’s me. I’m the obvious one). Ultimately, it is the social dynamics during these meetings that make the game so enjoyable, but Among Us also boasts accessible and easy controls with fun gameplay throughout.

Among Us is currently available for $5 on Steam for Windows as well as free for all mobile devices.

The timeless classic. For many, Minecraft is a source of serious nostalgia. Its age and established place in the gaming community, however, does not negate how fun it still is in 2020. For those new to the game, do not be concerned about its childhood associations. Minecraft spawns players in a world built from blocks, each representing different materials and objects, and allows those players to interact with the world however they want. Building, mining, and exploring are the standard tenets of Minecraft gameplay, but playing with friends allows these goals to be advanced. Build an entire city for your friends to live in, or team up to take down the Nether dragon. For veteran players, modded Minecraft servers can also provide new and dynamic gameplay options. Having existed in the gamer circuit for over a decade now, Minecraft has an extensive community of players developing custom content (“mods”) that can be added to the base game. Add computers, magic, or even just make the water texture look prettier! The process of acquiring these mods is explained here. Regardless of who you are, and what you want from a game, I firmly believe you can find a way to enjoy Minecraft.

Minecraft is currently available with varying price points for consoles and computers here.

Perhaps one of the most significant game releases recently has been the new competitive platformer Fall Guys: Ultimate Knockout. The game currently dominates most gaming streams and videos online as gamers fight to achieve the elusive first place. This win is so difficult to achieve not because of the difficulty of its platforming, where players simply jump and walk around different maps and challenges, but because of the added competitive component where players can grab and throw each other around. What could have been a simple walk up a hill instead becomes an intense and enraging battle to simply survive. Filled with bright colors and cute designs, Fall Guys will entice you back in as much as it frustrates you, and eventually you, too, will find yourself throwing people off of flying fruit with great joy. Whoever achieves that first place in Fall Guys by being the last to survive and first to reach it to the end can experience a feeling of accomplishment that is borderline unparalleled.

Fall Guys is currently available on Steam and for the PS4 for $19.99.

Civilization is one of the perfect ways to show off to your friends just how smart you are. Players pick a civilization and compete to expand and grow over the course of an accelerated history. The different paths to victory demonstrate the diverse ways in which players can approach Civ: you can spend time building and investing in your armies to conquer other empires, develop a successful and widespread religion, or even make scientific advancements to achieve nuclear weapons. If you’re a history or politics nerd (this is Georgetown, so I’m sure most of you are), Civ will also appeal to you from an academic perspective. Mechanics allow players to develop city infrastructure, build world wonders, and design political ideologies, and consequently, players learn about these facets of civilizations.

Unlike the quick and competitive dynamics of other games on this list, Civ is instead more of a slow burn, providing an almost therapeutic outlet as you spend hours calmly making choices and defining your civilization’s journey through time. That is, until you have barbarians and all of your friends trying to take your capital. If you and your friend group enjoy thinking, learning, and quietly focusing, Civ could be the game for you.

Civilization 5 and 6 are both available on Steam as well as on most console platforms.

Many members of our current generation may have grown up with shooters, and others may have grown up afraid of them. Call of Duty and Fortnite have dominated the discourse of gaming since the mid-2000’s. Riot, the creators of League of Legends, has recently launched their addition to the tactical first-person shooter genre. With gameplay similarities to Counter-Source: Global Offensive, players make up teams of five that compete to either diffuse or set off a bomb, while the other team tries to prevent them from doing so. Teams compete to be the first to win thirteen rounds. What distinguishes Valorant from other mainstream shooters, however, is its colorful and diverse character designs. Referred to as “agents,” these characters also possess unique abilities that allow them to build walls, set off poison gas, heal their teammates, and much more. This dynamic gameplay allows players of all experiences to enjoy the game, as newer players can opt for agents in the support class with easier mechanics and less pressure on skill, while more experienced players can show off with the flashy “duelist” class. If you feel up for arguing with a bunch of twelve-year-old boys, or have friends that grew up playing classics like Call of Duty, Valorant could be a great choice.

Gaming should not at all be limited to those who can handle the online competitive environment. The Jackbox game series, also available on Steam, instead provides a more accessible, private, and conversation-based dynamic. Only one person needs to own the game, as others can simply play from their phone. Each pack of the game contains four different game options, ranging from trivia to stand up competitions. Its most famous game, Quiplash, allows players to input their responses to prompts where victory is achieved by being voted, quite simply, the “funniest.” This freedom of input tied with a victory system dependent on comedy is what makes the Jackbox series so enjoyable. Games can consist entirely of inside jokes or absolute absurdity and can easily become a drinking game at the desire of its players. Ultimately, Jackbox is what you make of it, and is fantastic for anyone looking to enjoy first and foremost the company and personality of their friends.

Six Jackbox game packs are available for purchase on Steam with varying prices. 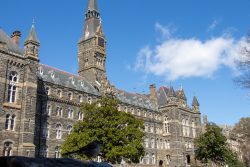 Students are going back to Georgetown. Here’s what it will look like.