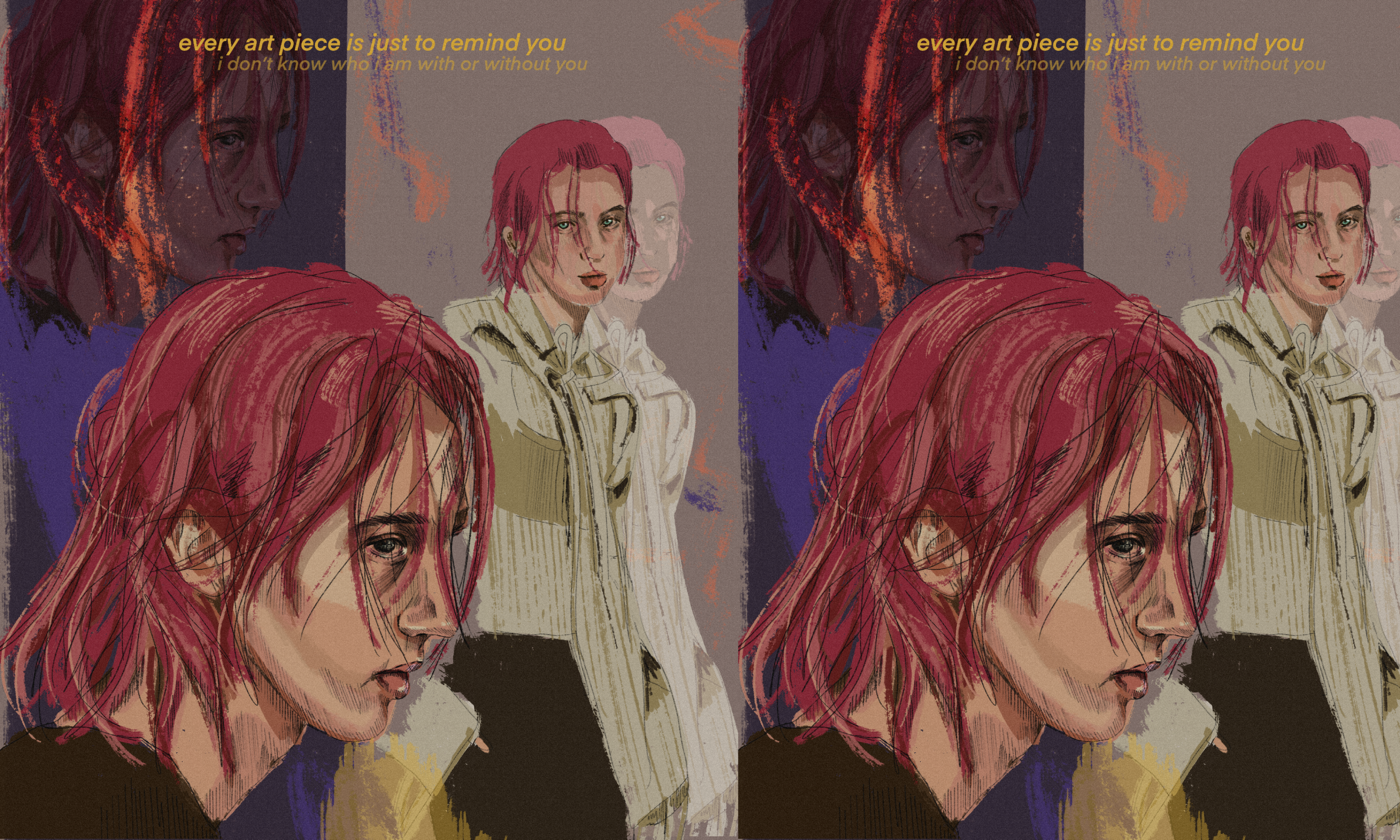 Troye Sivan’s latest EP, In A Dream (2020), contends with harsher realities and darker feelings than ever before. Since the release of his lush tribute to love, Bloom (2018), Sivan has matured as an artist. His newest work is his most vulnerable yet, as he sings about weakness, hope, and emotional turmoil. Flourishing with gorgeous pop melodies and intimate lyrics, In A Dream is Sivan’s best record so far.

The six-song EP begins with the single “Take Yourself Home,” which Sivan teased and released in April during quarantine, somewhat on a whim. Although the song most obviously discusses his move from Los Angeles to Melbourne, it also hints about depression and, unsurprisingly, the coronavirus pandemic. His concern about the events led to his announcement that all proceeds from his merchandise would assist COVID-19 relief funds.

The track begins chillingly, with soft strumming and oohs in the background. Sivan’s entrance is just as haunting, as he admits wearily, “I’m tired of the city, scream if you’re with me / If I’m gonna die, let’s die somewhere pretty.” The start of the EP presents classic Troye: pop sadness, made by lingering velvety vocals and a punchy beat. Rhythmic thumps in the background start churning, like heavy steps toward his destination. Sivan pours out his thoughts in a declaration to his audience but also to himself: “If I’m gonna waste my time, then it’s time to go / Take yourself home.” That determined need to preserve and protect himself dominates the song as each chorus passes and joins a jaunty trumpet-like effect.

Frustration and determination reach their zenith in the last repetition, when the song enters into an instrumental outro. Initially, it meanders a bit aimlessly, until multiple voices begin to rise. The background vocals are eliminated by a bouncing, techno beat before weaving together. While the funky component is interesting, it does feel strange in contrast to the softer, heartfelt songs of In A Dream.

One example of such a song is “Easy.” While the snazzy, chill beat can trick listeners into skimming through its lyrics, don’t let the tune fool you. Upon closer attention, something more troubling is at work—a tale of cheating within an already fracturing relationship, with Sivan defending himself for trying to hang onto whatever shred was left.

“You went away to find something to say / I went astray to make it okay / And he made it easy, darling,” Troye calmly rationalizes at its start to a “Take On Me”-esque instrumental. Reverbs on each “darling,” with which he addresses his partner, reach out to comfort and placate his listener right before Sivan erupts into the passionate (and playful) chorus, crying out, “This house is on fire, woo! / Burning the tears right off my face / What the hell did we do?” The exclamation during a dire situation is ironic and right in line with Sivan’s wit.

He grapples with the consequences of his actions in the resounding musings of the song; however, he finds it difficult to fix what was already somewhat broken: “Now I’m vulnerable, so sad and alone / But don’t cry for me, ’cause everyone knows / You reap what you sow, my darling.” Even though he is not quite innocent in the disintegration of their relationship, the music pleads for it to stay glued together. Layered and harmonized vocals repeat “He made it easy / Please don’t leave me,” sorrowfully and desperately. The transition between “Easy” and the next song, “could cry just thinkin about you,” is heartbreaking as Sivan faces the aftermath.

No longer is there a sweet covering over dark shadows. Now, lyrics full of sensitivity hit their mark as Sivan’s sweetly wistful voice whispers them through the speakers. “Every line I write is something about you / Every guy I want looks something just like you / Every book I read, I only read for you,” watery vocals mourn in the 53-second song. The brief interlude is a direct address to an ex-lover, and the pain lingering in the heart of the singer is evident. The heavy, catchy beats of the prior two songs transition to a more stripped vibe and, just like Bloom’s final song “Animal,” Sivan never shies from sharing his simple truths.

The track perhaps skirts around the rumors that Sivan is now single after his breakup with model Jacob Bixenman, but the deep well of emotion in “could cry” is tangible. As the song struggles with the contradiction of simultaneously coping with and remembering that something is ending, his soft echo relays the dampening nature of his pain. However, Sivan must keep persisting: “I don’t know who I am, with or without you / But I guess I’m ‘bout to find out.” A sing-song sigh gathers listeners and sends them off into the next song, the drastically different “STUD,” but not before allowing them to appreciate the short, sad reprieve.

The razorlike, buzzing instrumental, paired with the croaking effect on Sivan’s usual smooth, light vocals, makes “STUD” less enticing than the other five tracks, yet it fully delivers the feeling of longing for a way to cope. In the track, Sivan attempts to seduce a potential new lover for the night, yet internally he is lost, trying to find his ground: He regretfully admits that he is “searching for something I’m not” while “knowing that you’re not the one.” Maybe he has lost his relationship, but the change will not stop him from seeking out pleasure and companionship, even if it brings only temporary comfort.

The song flip-flops from thoughtful, hesitant questions posed to the “stud” to abrupt, drumbeat-accompanied attempts to woo him. “STUD” feels less internally cohesive compared to the rest of the songs, yet the message is clear that this is a strange, murky time. The production is skilled, and it is a cool song, certainly—but simply not as strong. Sivan is at his most honest in the final verse, when he repeats, seeking validation, “We should do this, right? / You’re into this, right?”

Despite the uneven footing of “STUD,” Sivan hits his stride in the last two songs: “Rager teenager!” and the titular track, “IN A DREAM.” “Rager teenager!” is a song that satisfies any and all young fantasies of having wild and free nights, much like themes in Sivan’s earlier hit “YOUTH.” Unlike “STUD”, the story in “Rager” does lead to the right person, and it is worth it. Sivan, finally comfortable, belts his desires: “I just wanna go wild / I just wanna fuck shit up and just ride / In your car tonight / In your bed tonight.” All at once, he experiences the overwhelming high of infatuation and greets his old friend warmly, his voice deep and rumbling.

Crashing drums build, setting free a roar of joy: Sivan does not want to spend another minute not making the most of what he wants and what he feels. Sparkling, high-pitched notes appear in the instrumental, bestowing upon the song the imagery of a star-illuminated, love-filled night. Excitement glitters through, and bright pulses adorn the last seconds of the song, until it halts quickly, finally ushering in the gem “IN A DREAM.”

Revving starts the song, gearing up the listeners for a fast and liberating celebration of life. Quick whirring and bold, proud thumps pave the way for Sivan to enter. Sivan, restless yet uninhibited, sets the scene for the troubles of his heart. Evoking prior intentions of going home, Sivan slips in another reason, or maybe cause, for leaving: love, or the fading of it.

As he moves away, he creates an all-out dance of a song, expressing clearly the feeling of trying to free himself from whatever, or whoever, holds him back—Sivan himself shows just how danceable it is. He is able to draw boundaries (“But I won’t let you in again / I’m gonna lock the doors and hide my shit”) while, at the same time, revealing his weaknesses (“You still show up in a dream”). The chorus is a work of art as the fever reaches its peak; Sivan’s voice soars to the pounding of drums and more trills, with an earnest guitar entering into the fray as well.

Within the song, Sivan is able to portray the messy humanity of it all perfectly, even within a single verse: “Can you come back? / Wait, I don’t mean that, no. / It’s all just feeling real now.” He protects but torments himself, always alternating between the two. The lyrical depth is a testament to the fact that his songwriting over the years has developed to show himself more authentically. The best part of the song could be Sivan’s dreamy, layered vocals and ad-libs, or the seriously infectious tune, but the combination of the two, merged with masterful production, is what truly creates a gorgeous ending to an already strong EP.

In A Dream ends all too soon, leaving you wanting more. However, the work is still more than complete and fulfilling just as it is. The record embraces deep inner sadness and weariness, while also balancing feelings of love and freedom with heightened skill. Each of the six songs are a journey through and out of heartbreak, and it is a gift that Sivan has invited us along with him. 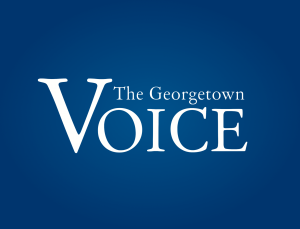