Georgetown has opted to waive the ACT and SAT requirement for applicants to the class of 2025, citing the ongoing pandemic and the widespread cancellation of college admissions tests as unintentional barriers to prospective Hoyas.

While Georgetown still encourages students to submit test scores as part of their application, the admissions process will not penalize students who do not submit SAT or ACT scores. In addition to the flexible approach to standardized testing, Georgetown will allow AP test scores to cover the previously optional, although highly recommended, submission of SAT subject test scores. As with SAT and ACT scores, applicants are asked to submit scores from any SAT subject test scores they took prior to the pandemic, though it is not required.

The university’s decision comes amid a wave of colleges temporarily forgoing the SAT/ACT requirement in light of the pandemic and its impact on testing availability. All eight Ivy League schools, along with around 1,600 other universities, have chosen to become test-optional this year, although many, including Georgetown, have emphasized the policy is temporary and will only apply to the current class of applicants.

Other schools, however, have taken a permanent stance against standardized testing, citing research that test scores correlate more directly with income level than with academic achievement. The University of Chicago instated a test-optional policy in 2019, allowing students who feel that their test scores do not reflect their overall academic potential to opt-out of reporting scores. Princeton University and the University of Pennsylvania also do not require test results in their application process.

Further fueling the standardized testing debate, a judge ruled on Sept. 1 that University of California (UC) schools can no longer use SAT or ACT results in the admissions process following allegations their test-optional policy discriminated against marginalized students. The UC policy stipulated while those who did not submit test scores wouldn’t be explicitly penalized, submitting results would simply distinguish those applicants who chose to do so. Given the inaccessibility and high price tag of ACT and SAT tests, however, this policy was ruled to disproportionately benefit high-income students and exclude low-income students.

The UC decision sparked debate and attracted both praise and criticism. Detractors of standardized testing view the policy as a long-overdue abolition of an institution known to favor high-income applicants. Critics accuse superscoring, or the ability of students to total the highest section scores across multiple test dates to create the highest possible cumulative test result, of providing an unfair advantage to students who can afford to take the tests, which cost around $50 per attempt, many times. Wealthy students, moreover, can afford thousands of dollars worth of test-specific tutoring, causing test results to favor white, upper-class students.

Supporters of standardized college admissions tests argue while testing is flawed and can exacerbate disparities along racial and economic lines, it also provides an objective measure of a student’s intelligence. Extensive grade inflation can make actual classroom achievement difficult to gauge, while test results provide a neutral indicator of academic ability, they say.

Georgetown’s stipulation that ACT and SAT scores will still be required for applicants post-pandemic indicates that the university will continue to consider standardized test scores as a part of its holistic admission process. Class of 2025 candidates, however, can rest assured that the widespread cancellation of ACT and SAT test dates will not affect their ability to apply to Georgetown. 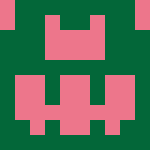