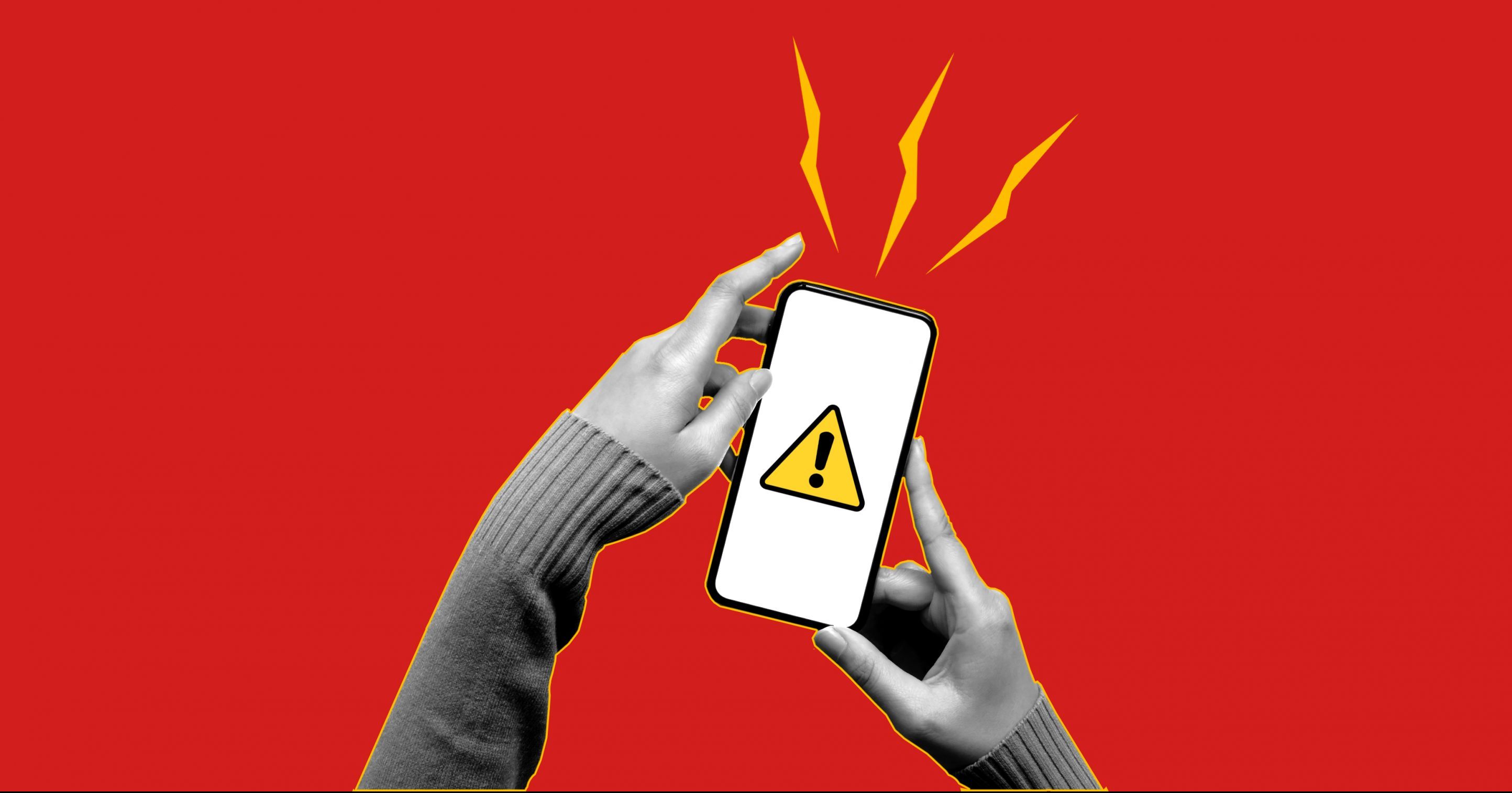 We like to think that we know exactly what we’re voting for at the ballot boxes—but with the rise of misinformation from the social media boom, this may not be true. This year, the misinformation threat to November’s U.S. election is far greater than ever before with sources in Russia, China, and the U.S. itself. In the years since the 2016 election, in which Russia produced a large-scale disinformation campaign to denigrate Hillary Clinton, U.S. Intelligence Chiefs have warned of likely continued foreign interference. Now, with no signs of foreign interference stopping and increasingly advanced technology, we must ask ourselves just how prevalent this threat is and whether we have to prepare for an onslaught of interference for the rest of our lives.

Americans have a tremendous appetite for sensationalist news. Social media users are likely to read a headline and share content without reading the full extent of the article or post—especially if it furthers their own political views. This easily allows for the spread of false information. Likewise, social media algorithms’ prioritization of historical interests creates echo chambers, in which users are only shown content that supports their pre-existing beliefs. Sensationalist headlines can flood these social media spaces unobstructed and be repeatedly shared, furthering the biased views of those who encounter them with potentially false information. In 2016, Russian trolls created memes and articles that exploited typical conservative perspectives regarding race, immigration, and income. An exposed Russian Instagram account named “american.veterans,” for example, included fake quotes from Hillary Clinton supposedly disregarding veterans who had lost their lives.

This type of eye-catching and misleading content was quickly gobbled up and churned back out into already conservative echo chambers. These echo chambers make misinformation more believable since the insider’s trust for others within their bubble can grow unchecked. They not only spread but exacerbate the impact of false information by orienting people towards even more polarizing views. They tick the boxes on our ballots for us.  Much like in 2016, foreign states have and will significantly affect this year’s election. Key among them again is Russia. Trump’s victory in 2016 was hailed by some Russian media as a vindication of the populist movement and collapse of Western liberalism. In order to continue the dismantlement of Western values, Putin will likely try to build on this momentum and help secure Trump’s re-election via another disinformation campaign. Likewise, Trump has also been heavily playing into Russian foreign policy aims. He undermined U.S. relationships with European allies, calling his commitment to NATO into question, attacked the EU, and failed to respond to human rights violations, giving Putin a very permissive environment to crack down on his regime. All this provides Russia with a significant motivation to keep Trump in power.

And Russia has indeed capitalized on this opportunity. Director of the United States National Counterintelligence and Security Center William Evanina has stated that Russia is using an array of techniques to denigrate former Vice President Joe Biden and the rest of the anti-Russia “establishment.” The government-funded network Russia Today (RT) has published numerous anti-Biden videos, including titles questioning Biden’s ability to last a full term in office due to his health as well as sexual assault allegations against him. These are clear attempts of disinformation to harm a specific candidate. This isn’t an isolated instance, as shown by 2016, but evidence of the coming to a head of a Russian state-sponsored misinformation campaign. This leads us to expect that these campaigns will remain a part of U.S. elections for years to come.

While Russia appears to be the key foreign stakeholder in American politics, China will also be closely monitoring U.S. elections and the spread of misinformation. Strategic diplomacy has increased significantly during the coronavirus pandemic, and this will certainly play into Trump and Biden’s differing stances on the virus during the election campaigns. For the moment, China has been more apprehensive on the matter of interference as it is likely weighing the risks of backing either Biden or Trump. Following an escalation of tensions between the U.S. and China regarding issues such as COVID-19, Hong Kong’s national security law, Huawei’s 5G network expansion, territorial disputes in the South China Sea, and access rights for Chinese firms in US markets, China has had a complicated and at-times hostile relationship with our incumbent president. Nevertheless, Trump has also overseen and orchestrated a deterioration of U.S. global hegemony, allowing China to further exert its influence in the Indo-Pacific. Chinese Premier Xi Jinping is most likely interested in both extending the reach of his 5G network and expanding China’s regional influence. As a result, China’s most favourable candidate is unclear. Premier Xi may hold back on a Russian-style campaign, but will undoubtedly be incredibly attentive to the future policy changes that arise as a result.

Despite these threats of foreign interference, the American enemy may be a lot closer to home than advertised. Many argue that President Trump himself casts more doubt on the integrity of the election process than any foreign U.S. adversary. He has repeatedly made false comments regarding the counterfeiting of mail-in ballots and refused to commit to a peaceful transition of power in the case of an election loss. According to Elaine Kamarck of the Brookings Institute, this rhetoric is “straight out of the Russian playbook,” demonstrating that even American politicians themselves can pose just as much of a threat to American electoral politics as a foreign state like Russia.

The threat to the U.S. election is often mischaracterized as originating abroad, with the domestic component being completely ignored. However, domestic political commentators, too, are causing division and doubt. This means that a large part of the misinformation issue would remain at large even without foreign misinformation campaigns. The U.S. needs to take a long hard look at itself and solve its own problems first.

Election misinformation is a real challenge in today’s age of technology and social media. Not only Russia and China, but also bots and trolls at home can undermine our consumption of news and information by spreading misleading information. This can significantly erode our ability to make informed decisions when voting. A Brookings survey during the 2018 elections found that 45% of U.S. voters consider misinformation to be a threat to democracy, with over 50% advocating for more regulations from government and from big tech to tame the issue. Our democracy will suffer if we can’t make decisions on objective information. We cannot rely on people to dissect the objective from the subjective. Misinformation obscures the truth about many aspects of American politics, preventing voters from making an informed vote, thereby undermining the principle of pluralism as we know it.

Misinformation campaigns themselves may even signal the start of the end of true pluralism. How can we possibly claim to live in a democratic society if our representatives are elected based on lies? The first line of defense to misinformation is the creation of rigorous political discourse which aims to understand and educate others on the issues around us with a value for truth. We’ve seen efforts by social media platforms such as Facebook and Twitter to regulate content on social media to ensure a certain level of truth, but these often are minimal and don’t stretch to individuals out of the public eye. Other organizations like Polis Analysis instead work to equip the public with succinct and impartial information on political developments to help solve this misinformation problem. This process involves rigorous editing and fact-checking, and relying on numerous sources of information. Whilst the number of fact-checking entities has risen in recent years, we need fact-checking to be embedded within the news-reporting process. We need more organizations and news outlets with adequate fact-checking processes to ensure the truth and objectivity of information being published.

Still, ultimately, the responsibility is up to the individual to receive their information with a grain of salt. There will unfortunately be no fact-checking mechanism that detects every piece of misinformation and disinformation. There will always be content that falls through the cracks. However, a rigorous fact-checking process behind organizations that provide and transmit political content can help the individual filter information. Knowing that content has been checked thoroughly will allow us to trust and make political decisions confidently. An adequate level of fact-checking should be made mandatory for all political content. Obviously, this is far easier said than done; however, systems exist—such as the one at Polis Analysis—to ensure that all political content has been combed rigorously for truth and objectivity. This is something that needs to be instilled on social media, in think tanks, in traditional media, and anywhere that transmits political content to a wide audience. This is the system that will help us defeat misinformation.

Ultimately, whether we trust a piece of information is an individual choice. Americans will have to take every piece of information regarding the election in the coming months with a grain of salt due to the numerous sources of misinformation and disinformation targeting them both domestically and from abroad. Skewed information persists because we allow it to. The sooner fact-checking measures are in place at organizations spreading political content to our societies, the sooner we can start making clear and confident decisions when voting. Without these adequate fact-checking systems in place, Americans will need to ask themselves both whom and what they can trust before casting their ballots in November and—if these campaigns persist—for the rest of their lives. 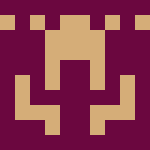 Who's derailing the U.S. election? Hint: It's not just Russia or China. - uselections.me