Until last year, Georgetown called the second Monday in October Columbus Day, which is still how the federal government recognizes it. Though they have switched the official name to “Mid-Semester Holiday,” students and faculty are asking for explicit recognition of Indigenous peoples.

“There’s 360 days until the next Indigenous People’s Day, and I really hope by that time the university has put in some concerted effort into building relationships with local tribes into creating substantive programming for Indigenous students, Indigenous faculty, and the surrounding Indigenous community,” professor of philosophy Shelbi Nahwilet Meissner said.

For Tristin Sam (SFS ‘23), president of the Native American Student Council (NASC), the announcement was somewhat expected, though he feels the designation of October 12th as the Mid-Semester Holiday by the university indicated a lack of commitment to the Indigenous community.

“It felt very cheap and disingenuous that they changed it. They did the most difficult part of changing it from Columbus Day to a different holiday, they were able to get over that, but they didn’t go all the way through to Indigenous People’s Day and instead just settled on Mid-Semester Holiday,” he noted.

“Progress I guess, but it still felt pretty cheap and a little disheartening.”

In spite of the lackluster response from the university, members of the Georgetown community worked to recognize the day. Georgetown’s Department of Anthropology, in collaboration with the Indigenous Studies Working Group, held a panel in honor of Indigenous People’s Day. Both Sam and Meissner were panelists at the event, and Meissner described it as “a really awesome opportunity to see the very few Indigenous people in the community.”

The Indigenous community is significantly underrepresented at Georgetown. Meissner explained that just “.002% of the student population at Georgetown is native, which is abysmally low,” especially considering the fact that “100% of Georgetown main campus is on occupied indigenous land.” Georgetown’s campus currently sits on Piscataway and Anacostan land.

Compared to its peer institutions, Georgetown falls behind when it comes to the recognition of Indigenous communities. Sam drew comparisons between Indigenous student life at Georgetown compared to other universities.

“A lot of the Ivy League schools like Harvard and Columbia have a very very vibrant Native community. Columbia even has their own Native house. Just like there’s an APILF House, a Black House, a Casa Latina, at Columbia there’s actually a house for Native/Indigenous students. We don’t have that,” Sam said.

Finding Indigenous community at Georgetown is similarly difficult from a faculty perspective. Meissner said that she feels particularly lonely at Georgetown.“It’s really upsetting because a lot of Georgetown’s peer institutions have a lot more infrastructure devoted to making sure that Native community is supported in the academy,” she said.

“Georgetown seems to be markedly worse than most of the places I’ve worked with, there’s very few places where I’ve seen university and institutionally backed land acknowledgments, and I haven’t seen any calls for archiving or community building around having a reckoning with Georgetown’s complicity in settler colonialism.”

Advocating for Indigenous issues at Georgetown, including the ones Meissner highlighted, is particularly difficult due to the lack of representation. Sam said that, before he came to Georgetown, the leaders of NASC were concerned the organization would fade due to a lack of Native students.  His primary goal as NASC president is to “let native students on campus know that we exist and that an organization is there that serves them and wants to provide a community for them.”

Similarly, efforts to reconcile with the history of colonialism at Georgetown are very decentralized, though there is some willingness there. “I’ve had people reach out to me from different programs, and different departments, and different centers to try to partner for Native student success to try to partner for programming around Indigenous issues, and even to do things like write land acknowledgments,” Meissner explained.

Reconciling with settler colonialism is especially important on Indigenous People’s Day, according to Sam, since it was previously commemorated as Columbus Day. “To me personally, Columbus Day represents the start of the imbalance that we’re trying to today reclaim,” Sam said.

Sam also pointed out the ongoing implications of Columbus and other settler’s actions. “We think of European colonialism as getting kicked off the land—that did happen, but it’s also the idea of boarding schools and forced assimilation, taking children from their homeland forcefully and shipping them off to Pennsylvania or California and forcing them to not speak their language and not practice their own culture and they come back and they have a sense of identity loss.”

Meissner emphasized that, ultimately, concrete action by the university is needed to address its colonial past.  “Just because this center can check the box that they have a land acknowledgment doesn’t mean that Georgetown is doing what it needs to be doing to support and sustain positive relationships with Indigenous communities.”

In the context of this lack of recognition, Meissner said that the most important thing students can do is keep pushing administrators to acknowledge issues that matter to Indigenous people. “Put pressure on the administration to put its money where its mouth is when it comes to diversity and inclusion.” 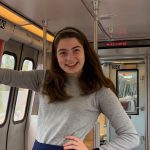 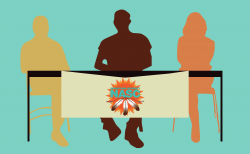 The name changed. The forces keeping Native Americans out of Georgetown did not.