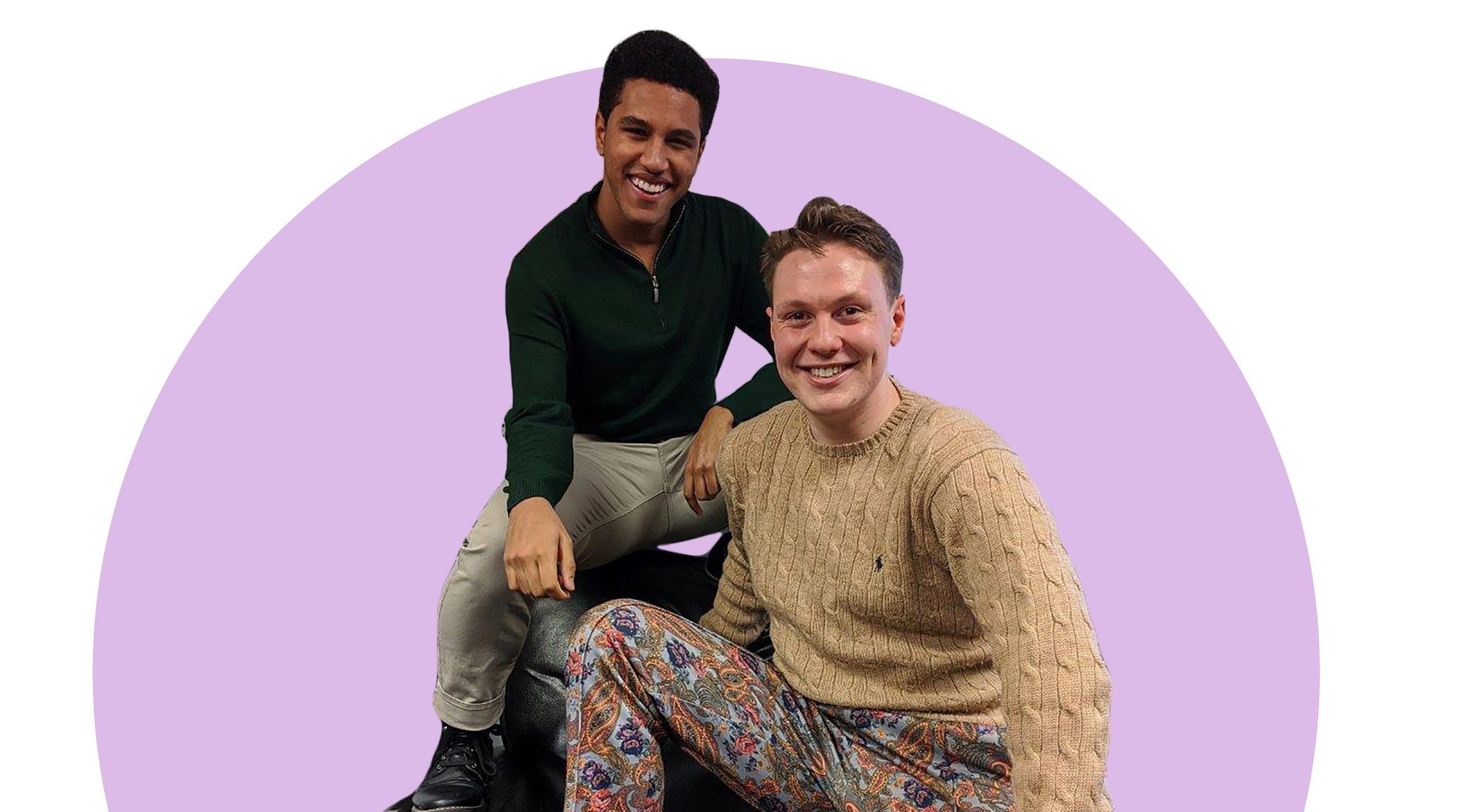 Nico Ferretti and Bryce Badger in the Voice office during their campaign. Photo illustration by Hannah Song

In a term largely defined by the COVID-19 pandemic, the GUSA executive still feels they have found some success.

Ferretti said the onset of the pandemic shortly after he and Badger were elected in early February changed many of the administration’s priorities. “We realized the best thing we could do for the student body was communicate and advocate for the needs that arose as part of the pandemic,” he said at a GUSA press conference.

Pandemic response has been the administration’s primary focus, and the executive created a COVID-19 response team to address students’ needs during the pandemic. The team, led by Daniella Sanchez (COL ’22), has engaged in efforts to improve students’ financial aid packages after many saw mass reductions and efforts to convince the university to adopt a double-A grading system.

Ferretti and Badger cited other successes as well, such as the Gender Equity policy team’s engagement with Georgetown facilities to install additional menstrual product dispensers. The team secured a promise for the university to install dispensers in all high-traffic women’s bathrooms and gender-neutral bathrooms, as well as in at least one men’s bathroom per building.

They were also pleased with a deal the Executive made with the Office of Sustainability to source 50 percent of the university’s energy from solar power, advocacy for survivor-friendly policies in light of new federal Title IX regulations, and the creation of a database of mental health resources for students of color called Me, Myself, and Mind.

Student organizations have played an important role in furthering the administration’s advocacy efforts, Ferretti said. “We’ve been working off the shoulders of giants,” he added. “The Black Survivors Coalition did a lot of work before we came in in January to change the way Georgetown does sexual safety.”

In addition to student organizations, the administration has prioritized the interests of the student body. “Our focus is on making sure the policies we put forth have been vetted by as many students and as many marginalized communities as possible,” Badger said.

“When it’s just Nico and the Senate and I writing things, that’s when GUSA is self-serving,” he said. “Our primary focus has been making sure our projects are vetted to make sure they’re as representative as possible.”

The administration has increased its communication with the student body in pursuit of making sure students feel that they can engage with GUSA. “We’ve been really successful in our engagement and communication strategies,” Ferretti said. “We make sure that every time a student comes to us, we take that right to administrators.”

According to Ferretti, GUSA has seen an increase in student engagement this term, citing high attendance at GUSA events such as town halls. Harper Thomas (SFS ’22), GUSA’s chief communications officer, added that this increase in engagement has extended to social media, with GUSA’s Twitter account doubling in followers since Ferretti and Badger took office.

There were several projects Ferretti and Badger said they planned to get done but were unable to make substantial progress on. For example, Ferretti explained interest in developing a masculinity peer education group, implementing gender-neutral housing, and moving the Title IX office to a more prominent location on campus. He attributed the lack of success to the difficulty of implementing these projects in a virtual environment.

Going forward, Ferretti and Badger have five main policy priorities, including advocacy for the Spring 2021 instruction plan. The administration hopes to make sure the final plan represents students’ best interests, including improved financial aid and access to Lauinger Library and Leo’s.

In light of many calls for structural reform in GUSA, Ferretti and Badger admitted many changes are necessary. One change Ferretti emphasized was the need to make GUSA executive offices paid positions. “This job takes at minimum 10 hours a week and at maximum 40. That’s an excluding factor for many low socioeconomic status students, which is why low-income students often quit,” he said.

Badger added that lack of collaboration between branches is an issue impeding many of GUSA’s successes. Because the Senate and the executive are elected on different timelines, with the executive elected in the spring and many Senators elected in the fall, it can be difficult to coordinate projects between the two, he said.

Badger also talked about reforming GUSA’s internal culture. “We need to make sure the culture in both branches is conducive to a healthy working environment,” he said. The call to change GUSA’s culture follows a history of GUSA members quitting or resigning due to the work environment, particularly among women of color.

The Ferretti-Badger administration’s top priority before the end of the term is advocacy for the Spring 2021 plan. Their term will end in February of next year. Current election details are pending.

“At the end of the day, the only way that stuff keeps getting pushed through, it takes years and different GUSA administrations pushing things, not just one,” Badger said.