According to students, the long-awaited Spring 2021 plan was missing one thing—their input.

Before Georgetown’s administration released the plan on Nov. 16, GUSA and individual students alike had been reaching out to administrators, asking that what they saw as flaws this fall—an academic calendar with few breaks, limited options for international students, the exclusion of transfer students from planning, and difficult-to-access on-campus housing—to be fixed for the upcoming spring semester. While the spring will look different than the fall for many students, most notably seniors, who will now be allowed to live and take some classes on campus, GUSA representatives say the problems of the fall seem likely to continue into the next semester.

On Nov. 25, members of the GUSA Senate released a statement entitled “The Administration Hears Us, But Refuses to Listen,” listing their grievances with the university’s proposal for the spring semester. In addition to expressing students felt ignored in spring planning, the statement lists a number of demands, including the inclusion of at least one break a month in the academic calendar, the option for transfer students to return to campus along with seniors this spring, transparency in housing requests, expanded dining options for students on campus, increased resources for off-campus students, and support for Georgetown’s workers.

Daniella Sanchez (COL ’22), head of GUSA’s COVID-19 response team, said before the plan was released, members of the freshmen and senior classes were both hoping to be able to live on campus. However, the part of the plan that garnered the most attention was not who would be on campus, but when classes would be held.

“One thousand percent by far, we received so much response about the academic calendar,” Sanchez said. “That was the main concern that most people had, and in relation to mental health.”

Widely debated before the plan’s release, the academic calendar for the upcoming semester will differ from previous years, with classes beginning Jan. 25 rather than the second week of the month, continuing on Martin Luther King Jr. Day, normally a day off, and a combined spring and Easter break, resulting in four fewer days off than in previous years. Exams will begin about a week later than in previous years, on May 12.

Following a fall semester students described to GUSA as leaving them “feeling exhausted,” “mentally drained,” and “close to giving up,” students rallied behind the idea of a spring semester with more breaks. At a GUSA Senate meeting on Nov. 1, the Senate passed a resolution demanding at least two three-day weekends each semester. In a survey circulated by GUSA that received 492 responses, most students reported supporting the standard academic calendar, with spring and Easter breaks, as their first or second choice. While there was some support for other options, including distributing days off throughout the semester to disincentivize travel,  34 percent of students reported a late start and combining breaks, the option the university chose, as their least favored option. The add/drop period has also been shortened from nearly two weeks to just four days.

According to the university, the academic calendar chosen was seen as the best option to reduce travel during breaks, and preferred by university health advisors. Sanchez, however, felt another option could have been feasible, and expressed concern the university was not listening to the wishes of students.

“It’s like speaking to a wall,” she said. “They combat everything we say with some kind of excuse.”

Georgetown has been considering the opinions of students in its decision making, a university spokesperson wrote in an email to the Voice. “Georgetown takes the opinions of our students seriously, and is working to balance those opinions with the efforts being undertaken to sustain our academic mission and meet our public health obligations in the midst of a global pandemic,” they wrote. “Administrators directly engaged with students on issues around the academic calendar in a variety of settings over October and November, including speaking with students with GUSA, GradGov and the Student Experience Committee.”

While GUSA does still support a change in the academic calendar, they’re also working to address other students’ concerns that wouldn’t necessarily require a reversal of any provisions in the current plan.

Like after the release of the fall plan, both international and transfer students have expressed concern that their unique situations were not considered by the university, according to Sanchez. While international students were originally prioritized in the fall because of a threat to visas, nearly none were ultimately approved for on-campus housing this semester, leaving many taking classes from time zones with more than five hours difference. Transfer students were not originally included in the group of freshmen who could come to campus, and were not given any special accommodations this fall.

The spring plan only mentions international students once, informing them they should contact their dean for academic support and their International Student Advisor with questions about their visa status. Time differences are not listed as a reason a student can apply for limited on-campus housing. Transfer students are not mentioned.

According to the university spokesperson, the university will provide in-person opportunities for international students whose visa status means they need to take classes in person, and faculty are planning to accommodate those in different time zones.

“We are looking forward to welcoming our Spring transfer students to the Georgetown community this Spring,” they wrote.

In addition to advocating for those groups, Sanchez said GUSA is looking to ensure that all students who need on-campus housing can get it and that financial aid packages are sufficient, two areas students heavily criticized in the fall.

“What most people were most stressed about was housing and financial aid,” Sanchez said. While the Housing Stability Application just closed, not all students know their housing plans, and students are still waiting to hear about financial aid packages and exactly how aid will be calculated this semester. In their statement, members of the GUSA Senate demanded the university release the names of individuals who respond to housing requests.

According to the university spokesperson, the university is working with students who applied for housing and offered it to those who demonstrated the most need. “We take these needs seriously and will balance these needs with the numbers of students allowed to be on campus,” they wrote. The Office of Student Financial Services plans to release updated aid packages by mid-December.

Sanchez is also hoping to increase mental health resources for students and ensure undocumented students, who are not eligible for federal work-study jobs, have employment options. However, she said, since the spring plan contained fewer specifics than the one for this fall, there’s a limited number of issues GUSA can respond to.

“It’s really hard for GUSA to be working on any aspects,” she said. 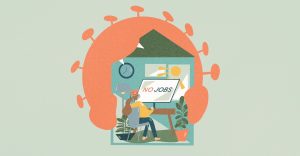 Despite COVID-19, the show tries to go on