In the wake of COVID-19 and extreme decreases in public transport use, the Washington Metropolitan Area Transit Authority (WMATA) is facing massive cuts to service proposed for fiscal year 2022, which begins in July 2021.

The proposed budget, which the board of directors will consider next March, calls for the elimination of weekend rail service, reducing weekday operating hours to end at 9 p.m., and closing of 19 Metro stations that also shut down earlier this year, which is projected to extend wait times to half an hour. The budget would also reduce the total number of bus lines from 60 to just 41. The WMATA workforce also faces deep cuts, with a potential third of the staff facing layoffs, affecting more than 3,000 employees. Employees who remain would have to forego pay increases, and others would be bought out.

The effects of the policy will go beyond WMATA employees, affecting essential workers and those who work night shifts, a particular obstacle to residents of suburbs outside the city. A 2011 analysis, for instance, reported 59 percent of Metrobus riders were Black and more than half came from households without cars, making riders reliant on public transport. The resumption of charging Metrobus fares, waived since March of 2020, in January next year also adds a financial burden to passengers in spite of an economy and job market that has not recovered to pre-pandemic levels, which is not expected to recover until well after 2021.

The cuts to bus routes will include the eliminations of at least two lines serving Georgetown and the continued shutdown of one line that is currently not operating. Other routes across the city will be adjusted to compensate, but many lines are only expecting partial coverage.

WMATA’s projected budget shortfall for next year totals around $500 million, as ridership is only expected to recover to 34 percent of pre-pandemic rates. The agency also projects operating costs to increase in light of expanded health and safety measures for riders and employees. The agency is already considering moving a quarter-million dollars from its operating to its capital budget as a measure to take on debt and cover some of the deficit, while cuts and layoffs make up the remaining difference.

As a public service, WMATA is required to keep a balanced budget, and it faces borrowing limitations as well. While the agency can ask local governments for a three percent funding increase year-after-year, states in the DMV areas are facing their own cost-cutting measures, and budgets are spread thin. CARES Act funding allowed the agency to save jobs this year, but without additional federal funding on the way, the situation could worsen.

Other transit authorities in major U.S. cities are facing similar service cuts and layoffs, and many are converting pandemic emergency measures into permanent fixtures.

With the first wave of a vaccine on the way, some are hopeful that trust in public transit will recover, and that mass transportation will become safe again in the near future. But placing hope in the vaccine may not be a reliable answer to WMATA’s woes. A tiered delivery system and the myriad challenges of national distribution mean widespread vaccination will be a long process. A CDC recommendation calls for the vaccination of healthcare workers first, and healthy members of the public will not have access to a vaccine until spring 2021 at the earliest. A significant lack of public trust in the vaccine could also extend the timeline further into 2021 or the following year. 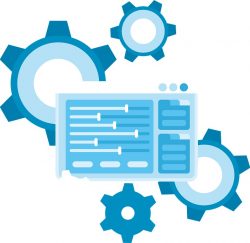