Georgetown’s Nomadic Theatre has been hard at work, even at a distance. The student-run theatre troupe presented its pre-recorded, virtual production of Love & Information on Facebook Live from Nov. 7 through Nov. 13, receiving over 350 streams.

Director Paul James (SFS ’23) did not expect to mount a Zoom production when the show was selected last spring. After it was announced that the university would not be holding in-person classes this fall, Nomadic directors were given the choice of going on with their shows or postponing until further notice.

Sydney Cook (COL ’23), Nomadic’s publicity director and a cast member for Love & Information, explains how each director approached the problem differently. “Our fall director, who had a musical, decided he wanted to postpone until next year. Paul, in the winter slot, decided he wanted to try to make it work in a more controlled, pre-recorded setting. Meanwhile, our spring show is going full steam ahead with a live, virtual production.”

Despite the challenges, James believed Love & Information was well-suited to its online setting. “It’s the perfect script for what’s going on now because it’s about connection over massive distances, all the information and data we get just by looking at our computers and phones, and trying to preserve some sort of human interaction in all of that,” he says.

Once it was clear the production would take place online, James and his directorial staff began to adapt the piece to its new platform—cutting it down to a manageable length of a little under 20 minutes. Because Caryl Churchill, the playwright, actually encourages directors to rework her devised script for each unique production, it lent itself to a Zoom adaptation quite well. “She actually wants people who stage this show to put the scenes in different orders and present it however it feels correct,” technical director Pace Schwarz (COL ’23) notes. “Because this show is so free-form, we thought it could be better adapted to Zoom theatre than other projects we’d been working on.”

But that’s not to say the rehearsal and production process didn’t come with its own unique challenges. As James explains, “The script doesn’t really refer to characters. Each scene has a title, and the lines just sort of start. The only way you know someone else starts speaking is that it’s on a new line, double spaced. You don’t know the names of any characters, and you don’t know if any of them are the same characters.”

The peculiar script meant many character decisions needed to be made before filming—a challenge for cast members, who were already out of their element on Zoom. Cook says James structured the rehearsals in a way that addressed this problem effectively. “Paul always did a really good job of making sure we started every rehearsal with some sort of stretching or breathing exercise,” she says. “The three or four minutes that took was enough to put aside whatever I was working on before getting on the Zoom—whether it was calculus homework or talking with my family—to say, ‘Okay, I’m using a different part of my brain now, stepping into a character.’”

While normal campus productions must budget resources toward elements like costume and set design, Cook believes the online environment made the process very acting-focused. “A lot of the extra tasks and white noise went away with a virtual production, and I really think it contributed to the quality of the acting. I don’t think we usually have as much time to ask those important character development questions,” she says.

Annabella Hoge (COL ’23) agrees that the rehearsal process created a very helpful space for actors to figure out their characters in greater depth. “We were able to have a lot of conversations that I don’t think happen in ‘normal’ theatre,” Hoge explains. The two agree that it was beneficial for actors to worry about their characters before tending to sets, costuming, and the other production elements that often use valuable time—and the lack of central focus on these elements certainly didn’t hurt the piece, which exists in a largely nonspecific setting even in its staged productions.

As a result of this fundamentally human focus, Love & Information provides an honest, modernized look at social and romantic disconnection, something Georgetown students have struggled with all year. Moreover, the production also provided an opportunity for Georgetown’s theatre community to reunite and create something beautiful. “More than anything, this has been a good way to connect with everyone again,” remarks Hoge. “We all just wanted to touch art again, and it was special to do that together.”

James and Hoge, both interviewed for this piece, are Voice staff members. 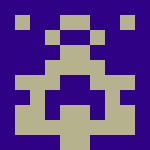 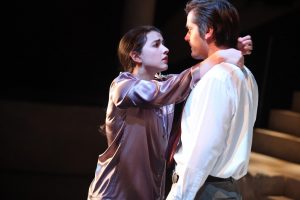