The past year has been one of unprecedented financial loss for universities, Georgetown included.

This fall, only about 20 percent of American universities and colleges offered in-person classes, with another 16 percent running on a hybrid model. A large portion, including Georgetown, chose to operate nearly entirely online to avoid a COVID-19 outbreak on campus, which would endanger students, faculty, staff, and residents of the area. As of Dec. 11, campuses have seen nearly 400,000 cases and at least 90 deaths since March.

For schools that did not fully open in-person, the potential losses were significant. Universities make a decent profit on board and lodging, which many schools closed nearly entirely. Some schools, including Georgetown, offered a tuition discount, lowering any profit they make off tuition. Further decreasing tuition revenue, some students opted to take gap years or leaves of absence for a semester rather than enroll in classes.

In September, a group of two and four-year institutions asked Congress for $120 billion in aid for educational institutions in the next relief package. The package passed at the end of 2020 provided just $23 billion in relief for higher education.

While Georgetown does not face the same risk of closure as lesser-known small colleges, the pandemic has undoubtedly impacted the school’s financial situation. Here’s everything the Voice knows about Georgetown’s financial position at the beginning of 2021.

In the 2019 fiscal year, the most recent year for which numbers are publicly available, Georgetown made $1.7 billion in total revenue. Most of this ($1.1. billion) is revenue from “program services,” which can be defined as money people gave Georgetown in exchange for something else, including money students pay the university. Of this category, $860 million is labeled instruction, which includes tuition, and $131 million is auxiliary, likely including room and board.

That same year, Georgetown had $1.5 billion in total expenses. About half of this, $745 million, went to salaries and employment compensation. The second-largest set of expenses was aid to domestic individuals (including most financial aid) at $216 million.

Overall, the university made $154 million in net income in 2019 and has made between $44 million and $187 million each year for the last 10 years, according to past filings. For the university to lose money, this number would have to dip below zero for 2020’s profits.

In April, Georgetown revealed the university had already lost $25 million since the start of the pandemic in March through providing partial board and lodging refunds to students, continuing to pay student employees, covering storage costs, and aiding students to return home or stay on campus. One month later, University President John DeGioia announced the university expected another $25 million in losses by August regardless of the operating status for the fall.

These losses represent the financial impact of the campus closure in the spring of 2020 and the loss of expected revenue over the summer from summer housing and programs. When asked for comment, the university did not provide any further information about the amount they lost but acknowledged it had been impacted by the pandemic.

“Like many institutions of higher education, we have faced significant revenue declines as a result of the pandemic, including a decline in tuition, housing, dining and auxiliary income,” a university spokesperson wrote in an email to the Voice.

At the same time DeGioia announced the expected losses of $50 million, he also released information about a series of cost-saving measures Georgetown planned to take.

First, the university committed to “significantly reducing new capital expenditures” and limiting non-essential spending. This was expected to lead to $40 million in savings over the next year.

Additionally, Georgetown cut a series of faculty-related costs, including placing a freeze on hiring and salary increases until further notice. The university also is withholding merit salary increases for all faculty and staff members until July of 2021, which they expect to save $18 million of the nearly $750 million spent yearly on employee compensation.

Georgetown also suspended contributions to the retirement plan for all faculty and staff for one fiscal year, saving the university $47 million. Another $2 million in savings was expected from voluntary pay cuts taken by members of the senior leadership team, the majority of whom make over $300,000 annually.

These measures together, if they saved as much as predicted, would have saved the university $107 million, filling the $50 million hole with $57 million remaining to mitigate future losses.

Additionally, the university offered a nine-week voluntary furlough program which allowed staff to remain employed by Georgetown while collecting unemployment benefits from the federal government. Faculty could also commit to a voluntary salary reduction program, dedicating part of their annual package to help aid the university’s financial situation. These employee programs together were expected to save the university $10 million.

These employees notably do not include facilities workers who are contracted through Aramark and not direct employees of the university. Aramark has placed some of those workers on furlough or extended leave, though the university is continuing to provide benefits and health care coverage to all Aramark workers. At least one Aramark worker reported experiencing extreme financial difficulty due to reduced hours.

Assuming there was sufficient participation in all cost-saving programs, Georgetown, in the best case scenario entered the fall semester with $67 million in savings and made up for losses from the previous spring and summer.

Georgetown has not released information on how successful those programs were. “By taking steps to reduce discretionary spending, freezing hiring, and pausing University matching 403(b) retirement accounts, we reduced spending in the fourth quarter of fiscal 2020 to offset a portion of these revenue declines,“ the university spokesperson wrote.

Georgetown’s fall plan continued virtual learning for nearly all its 7,500 undergraduates and 12,000 graduate students. As a result, students saw reduced costs from the university for tuition and room and board, translating to less revenue for the school.

The university offered a 10 percent reduction in tuition for all undergraduates, and 5 percent for all graduate students. According to numbers from the Georgetown Alliance of Graduate Employees, GAGE, most of Georgetown’s 1,000 PhD students are either employed by the university or on full stipends, meaning they did not benefit from the tuition reduction. Of the remaining 11,000 graduate students, the majority have reported taking out loans or not receiving full-tuition scholarships, meaning the tuition reduction would benefit them. At a conservative estimate, about 6,000 graduate students received the reduction.

Though tuition for various programs varies, the average graduate program tuition found using numbers on the Office of Student Financial Services’ site is $47,157 yearly or $23,578 per semester. For each graduate student receiving a discount in the fall, the cost to the university is $1,179 and assuming 6,000 students received the discount, the total cost is estimated just over $7 million.

On the undergraduate side, about 45 percent of undergraduates receive some form of financial aid. Though some students who are on financial aid benefited from the tuition discount as they pay part of their tuition costs out of pocket, those whose tuition is fully covered would not have. Based on rough numbers of how much aid students receive, it can be estimated that at the most, 5,250 students benefited from the tuition cut, and 2,250 students, or 30 percent of undergraduates, did not. The credit was $2,869 per student, at a cost of about $15 million to the university.

The university also lost a vast majority of its usual revenue from room and board. While meal plan costs would have also decreased with fewer students to feed on campus, meaning Georgetown might have been able to avoid significant losses, the university generally relies on the money they get from housing. Assuming that all freshmen, sophomores, and juniors live on campus, and discounting seniors who may live off-campus, approximately 5,625 students annually pay for on-campus housing. Even a conservative estimate that only students not on aid (55 percent) would have paid the university for their housing (about $4,500) suggests the university would have lost almost $14 million from housing in the semester.

These are estimated numbers based on publicly available data about tuition and financial aid. Other potential major costs include providing COVID-19 testing to students on and off campus, decreased enrollment, and increased financial aid needs. Other sources of university saving include energy costs, limited travel, and potential cuts in staffing. While these are estimated losses, they can still give an idea of the scale the university could have suffered during the fall—a potential loss totaling around $40 million. Given they may have about $67 million in savings if savings programs succeeded, the university still could have entered the spring with $27 million left over, if losses were limited.

Both the tuition discounts for graduate and undergraduate students are set to continue in the spring, meaning the $22 million in losses from the fall would be replicated. However, Georgetown did invite any seniors who wished to live on campus back for the spring, estimating that about 500 students would move back onto campus. Assuming that just over half of them (55 percent) pay for housing in full, Georgetown may face a comparatively limited loss of $12 million this semester.

With more classes being offered in person, there may be other areas the university can cut its losses in the spring semester. However, these estimates indicate Georgetown could lose about $35 million this spring, losses that would culminate above the remaining savings. However, if Georgetown was on track to make a similar profit to past years of at least $60 million, these losses could only decrease profit, not requiring Georgetown to dip into its long-term savings.

To keep costs down while not resorting to layoffs in spring 2021, Georgetown is implementing the Redeploy Georgetown program to fill COVID-related staffing needs with current employees. According to the university’s website, as long as that program is successful, they will not announce new layoffs, furloughs, or pay cuts this semester.

While the above estimates may spell trouble for the university’s short-term budgeting, Georgetown is still a wealthy institution. According to the 2019 documents, the university had $3.5 billion in assets and $1.8 billion in liabilities, leaving $1.7 billion in net assets.

These assets include the campus itself, any other properties, and the university’s $1.8 billion endowment. While most of these assets cannot be easily liquidated (most of the endowment is a “permanent endowment” meaning it is not intended to be spent), they could pad any losses from the last year.

Many students have pointed to this money during discussions about COVID-19 response, calling on the university to use these savings to aid students who are struggling financially and ensure staff, especially facilities workers, continue to receive the pay they did before the pandemic, even if they are facing reduced hours.

On their website, the university promises to “distribute as much [of the endowment] as is prudent,” arguing a drop in the fund due to COVID-19 and restrictions placed on how the money can be used mean “it would not be prudent – or even possible – for us to use a significant amount of our endowment funds for this purpose.” 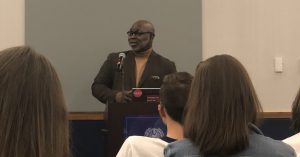