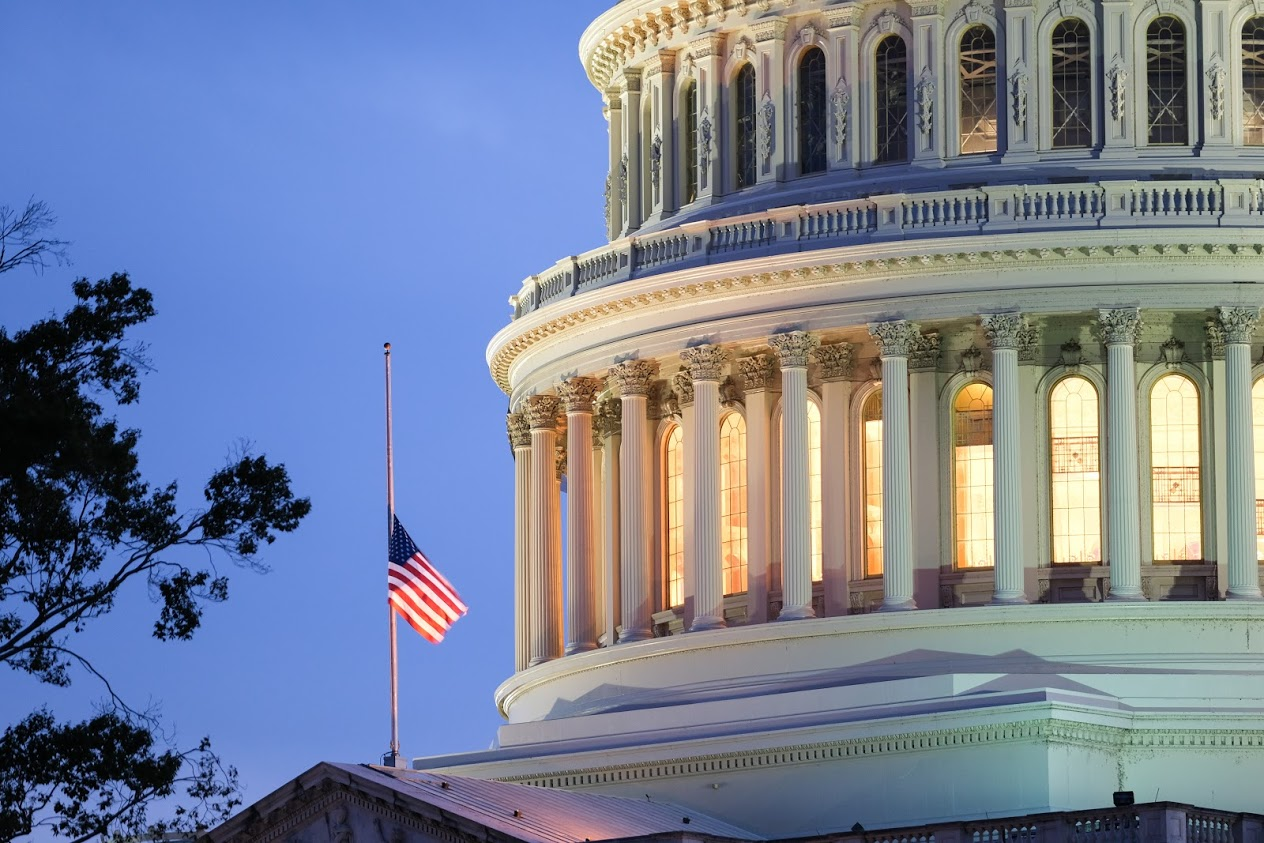 On Jan. 6, while a joint session of Congress gathered to certify the results of the 2020 presidential election, a mob of supporters of President Donald Trump breached the Capitol in a failed insurrection that claimed five lives and disrupted a necessary element of the democratic process.

Like many observers, Georgetown administrators underestimated the threat level in the days leading up to the riot. On Jan. 5, an email from Vice Presidents Rosemary Kilkenny and Todd Olson warned students of “first amendment activities” expected in D.C., but failed to acknowledge the threat of white supremacists flooding the city despite ample forewarning by journalists and government agencies.

In President John DeGioia’s statement on the day of the riot, he condemned the storming of the Capitol but made no mention of student safety and did not announce any provisions for the Georgetown community until the following week. While Georgetown has stood against white supremacy in name, direct actions must be taken to protect students and live up to the university’s Jesuit ideals of justice and care for the community.

In the days prior, law enforcement agencies warned of the probability of violent demonstrations in Washington D.C. Hours before the attack, Trump and fellow Republican loyalists called on the crowds gathered on the National Mall to besiege Congress in a “trial by combat.” Members of the group comprised of white supremacist Trump supporters and far-right agitators, formed a mob that overwhelmed security forces and stormed the Capitol with a mandate from a sitting president to violently obstruct the peaceful transfer of power.

Harrowing details continue to emerge in the aftermath, including evidence of greater coordination and planning than previously expected. Combatants waved Confederate flags as they took over the Senate floor. Some rioters, shouting “Hang Pence,” sought to kidnap, harm, and execute elected officials, even constructing a makeshift gallows on Capitol grounds. While dozens of attackers have been arrested and charged in both federal and superior courts since the riot, many more have yet to be identified.

Despite hours of unrest and an evacuation, several Republican senators and the majority of House GOP members still voted to throw out electoral votes from Arizona and Pennsylvania without basis.

A week after the riot, the university updated the community on city security measures and public safety guidelines, closing campuses and urging students to avoid downtown during inauguration events. Georgetown must make more specific provisions for student safety during the continuing threat, especially as D.C. Mayor Muriel Bowser declared a public emergency in the city continuing through President-elect Joe Biden’s upcoming inauguration. Moving forward, the university must more accurately characterize the level of threat Georgetown community members in the area face and take steps to ensure the safety of those living and working in the vicinity amid expectations of further violence.

The utmost priority of the Georgetown administration must be student and worker safety, even for students living off campus in D.C. during the COVID-19 pandemic. With D.C. going into lockdown and the FBI warning that white supremacists may surround the city during the inauguration and in the days to follow, Georgetown students both on and off campus, especially students of color, cannot feel safe without adequate provisions.

University protocols should actively solve student needs. On-campus students should have been provided with vouchers to order food and groceries online, reducing the need to go into the city during inauguration week. As long as Bowser’s emergency order for D.C. remains—through Jan. 21 at the time of publication—this sort of emergency assistance should be available to students.

The university should also consider student safety as the inauguration comes days in advance of the beginning of classes. For the many Georgetown students who live in D.C. neighborhoods or  on campus, concerns over violence might delay travel. Students with on-campus move-in dates before inauguration should have the option to return to campus at a later date, when the immediate threat to D.C. security is decreased.

Protecting students does not and can not mean flooding campus spaces with more GUPD or MPD officers, especially as last week’s deadly attack showed the failure of police forces to defend people from white supremacists. The problem is not in police numbers, as D.C. is one of the most policed cities per capita in the U.S., but rather a systematic lack of will to effectively combat white supremacy. Police response to the Black Lives Matter protests over the summer of 2020 was far more brutal to largely peaceful, unarmed protestors than to the assailants who attacked the seat of government. If police were unable to prevent the takeover of the Capitol, they will not protect students on Georgetown’s campus.

In accordance with Georgetown’s commitment to student safety, the university should investigate any evidence of students being near the Capitol during the insurrection on Jan. 6. Any support of white supremacist activities by a Georgetown student must be treated seriously and followed with possible disciplinary action to protect our campus community. Considering that the university’s COVID-19 behavioral policies can place students on academic probation, students who attend white supremacist gatherings without a mask should at the bare minimum be held accountable for their violation of the Georgetown University Community Compact.

Because white supremacy is an ongoing threat deeply embedded in American society, its violence will not end with the Trump administration. Moving past the week of the inauguration, the university should commit to warning students in advance of expected white supremacist activity in D.C. and surrounding areas—and call it what it is. Unlike threats like COVID-19 and other crimes near campus, white supremacist activities do not only threaten the physical safety of students and faculty but embody the full extent of America’s racist hatred. While the police may warn of expected future violence in general, the university must be held to a higher standard to stand against white supremacy.

Georgetown must make it clear, not only in thought but in practice, that it condemns white supremacy and any individual who supports it. Serving as an accessory to an administration so directly involved with advancing and inciting white supremacy must have consequences. The university should implement a ban on Trump administration staffers from teaching or speaking at Georgetown following their term in office. This ban should extend beyond Trump administration members to any individual who helped perpetuate Trump’s self-instigated coup attempt, including GOP congressional representatives who voted to overturn the results of the 2020 presidential election.

Georgetown’s guidelines for professors and speakers should allow a diversity of opinion. But certain moral standards must be upheld to preserve Georgetown’s commitments to the truth and protect all students and faculty, especially people of color. Concrete policies need to prevent any individual who spreads racist, sexist, antisemitic, Islamophobic, or homophobic sentiments from speaking on campus. Guidelines should also provide a clear accountability criteria for speakers or lecturers known for spreading blatant lies, like denying the results of the election or the reality of climate change. If Georgetown is committed to the truth, the university must have protocols that allow speakers of different backgrounds and ideologies to speak on campus without perpetuating harmful or racist misinformation.

The university must allow students to express themselves freely while maintaining student safety and defending students from white supremacy. The attack on the Capitol is not the only time white supremacists have been active in D.C., and it likely will not be the last. Just as Georgetown champions student safety in regard to COVID-19, it must hold equally rigorous protocols to protect its student body both on and off campus from potential white supremacist violence. These protocols must extend beyond vague one-time warnings in advance of Biden’s inauguration, but reflect a serious, long-term commitment to fighting white supremacy. 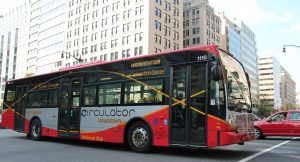 D.C. Must Keep the Circulator Free