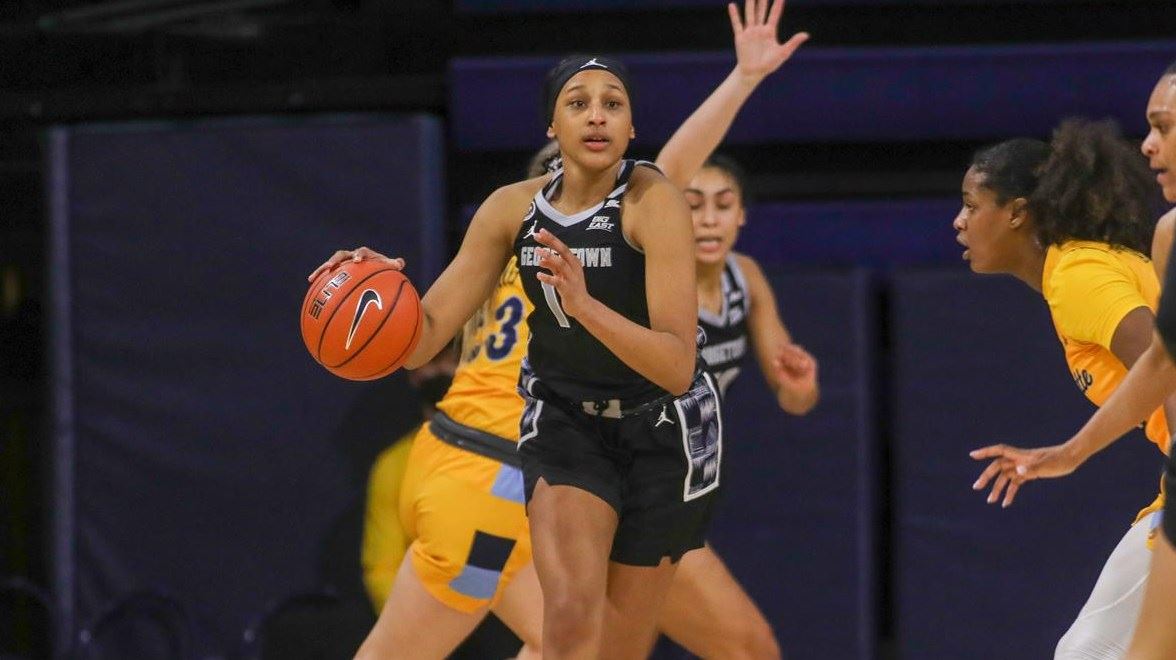 The Georgetown Hoyas women’s basketball team (1-4, 1-4 Big East) was blown out by the Marquette Golden Eagles (8-2, 5-1 Big East) on Wednesday afternoon at the Al McGuire Center by a score of 72-40. Marquette’s bigs dominated the game, amassing 46 paint points compared to just 16 for the Hoyas. They also had an extremely balanced offensive attack, finishing the game with 26 assists on 32 made shots. Junior forward Chloe Marotta had a career-high 21 points on 10-11 shooting with seven rebounds, while senior forward Lauren Van Kleunen added 14 points and six rebounds. Graduate guard Milan Bolden-Morris paced the Hoyas with 11 points, and junior forward Jillian Archer recorded nine points and seven rebounds of her own.

Marquette began the game with a balanced attack leading to an 8-0 run. They were able to connect from the midrange, with jumpers from Van Kleunen, Marotta, and sophomore forward Camryn Taylor. Meanwhile, the length of the Golden Eagles stifled the Hoyas on the defensive end, as they could not get the ball inside thanks to Marquette’s size. Marquette’s individual defending was also a problem in the first quarter, as the Hoyas had trouble shaking their defenders for any open looks. Junior forward Shanniah Wright represented a bright spot, with a strong offensive rebound and putback in addition to drawing several charges on the defensive end. For Marquette, senior guard Selena Lott was their undisputed leader, drawing contact inside and leading them to a 16-5 lead at the end of the first quarter.

It was more of the same to start the second quarter, as the Hoyas just could not get any sustained offense going to try to get back into the game. Freshman guard Kelsey Ransom was sidelined early due to foul trouble, and Georgetown struggled getting to the basket. Marquette took advantage of Georgetown’s turnovers and misses, running in transition and getting easy two-pointers while spreading the wealth with 14 assists on 16 makes in the first half. By the end of the half, the Hoyas shot a pathetic 16.7 percent from the field and they could not get anything going to the basket. Marquette played extremely unselfish basketball and shot 64 percent from the field, with senior leaders Van Kleunen and Lott firmly in command. The Hoyas’ struggles were not for a lack of effort, though, as they amassed seven offensive rebounds in the first half compared to Marquette’s three.

“My teammates did a great job of drive-and-kick,” said Marotta. “They were packing the paint a little bit, so we kicked for outside shots, and you just got to be confident to take it and that was what I did.”

The teams traded baskets to start the third quarter as the Hoyas were able to get inside looks for the first time all game. Van Kleunen had all the answers for the Golden Eagles though, scoring a couple buckets in the paint to keep the game well out of reach. Marquette was able to continue making the extra pass, as their bigs combined for seven of their first 19 assists. The Hoyas were able to gather some offensive rebounds to extend possessions and went on a nice 6-0 run capped by an inside shot from Bolden-Morris, but Marquette continued to pound the paint and get transition buckets off Hoya misses.

Bolden-Morris started to heat up from the field to start the fourth quarter, hitting a three from the corner and a jumper in rhythm at the elbow. Marotta answered with an open three from outside and found Van Kleunen off a Hoya miss and the Golden Eagles were never really in trouble. Marquette also asserted themselves on the boards, with their bigs playing a major factor inside and knocking down the occasional jumper. Their unselfish brand of basketball and traditional big approach from Head Coach Megan Duffy gave them a decided advantage in this game over the more inexperienced Hoyas, which led to the final score of 72-40.

“We always say dominate the paint and get post touches, and our guards do a great job of finding us in transitions,” said Marotta. “We had a lot of rim runs today, which is awesome.”

There was more than just basketball on these women’s minds today, considering the turmoil in both teams’ respective communities. Marquette and Georgetown set up a zoom conference with each other on Monday evening to discuss current events and push for tangible change.

“I was just talking to some of our players and they had mentioned how Georgetown was really actively involved with being out in their community and trying to bring about unity,” said Duffy. She said that the teams discussed the struggles of their Black student-athletes and the various ways that white student-athletes can be allies for them.

“The people that are being affected are my best friends, my teammates, and my sisters, and people that I want to support,” said Marotta of injustice. “I think that as many Black people can come together and try to make a change, but the real change is going to happen when it’s white people, so that’s why I want to change my focus to that and make sure I’m that person that can make a change for my community and people around me.”

“It gave our young women on both teams an opportunity to really showcase themselves and talk about all the concerns and all the problems that we have been faced with in Kenosha and then in Washington D.C.,” said Georgetown Head Coach James Howard. “They wanted action more so than words, and I just felt like it was the most powerful thing that I have seen in my coaching career, to see intelligent young women fighting for equality and trying to figure out what they can do next to change history.”

The game was also played after a historic inauguration in the United States which saw the first woman of color, Kamala Harris, be sworn in as vice president.

“I know I got chills watching Kamala get sworn in for a few minutes before game day,” said Duffy. “We’ve been talking long before this year of the pandemic on just how many more opportunities we want our women to have moving forward, whatever their profession.”

The Hoyas upcoming schedule does not get any easier, as they pay a visit to No. 3 Connecticut (8-0, 7-0 Big East) on Jan. 23. Tipoff is scheduled for 2 p.m. and the game will be broadcasted on SportsNet New York (SNY). For continued coverage of women’s basketball and all Georgetown sports, follow @GUVoiceSports on Twitter. 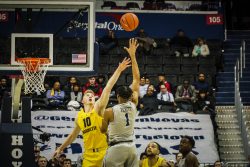 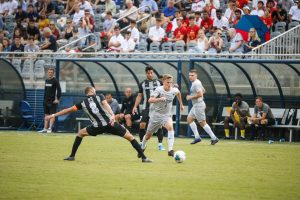 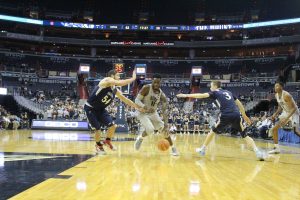