We Need to Talk About the Young Avengers 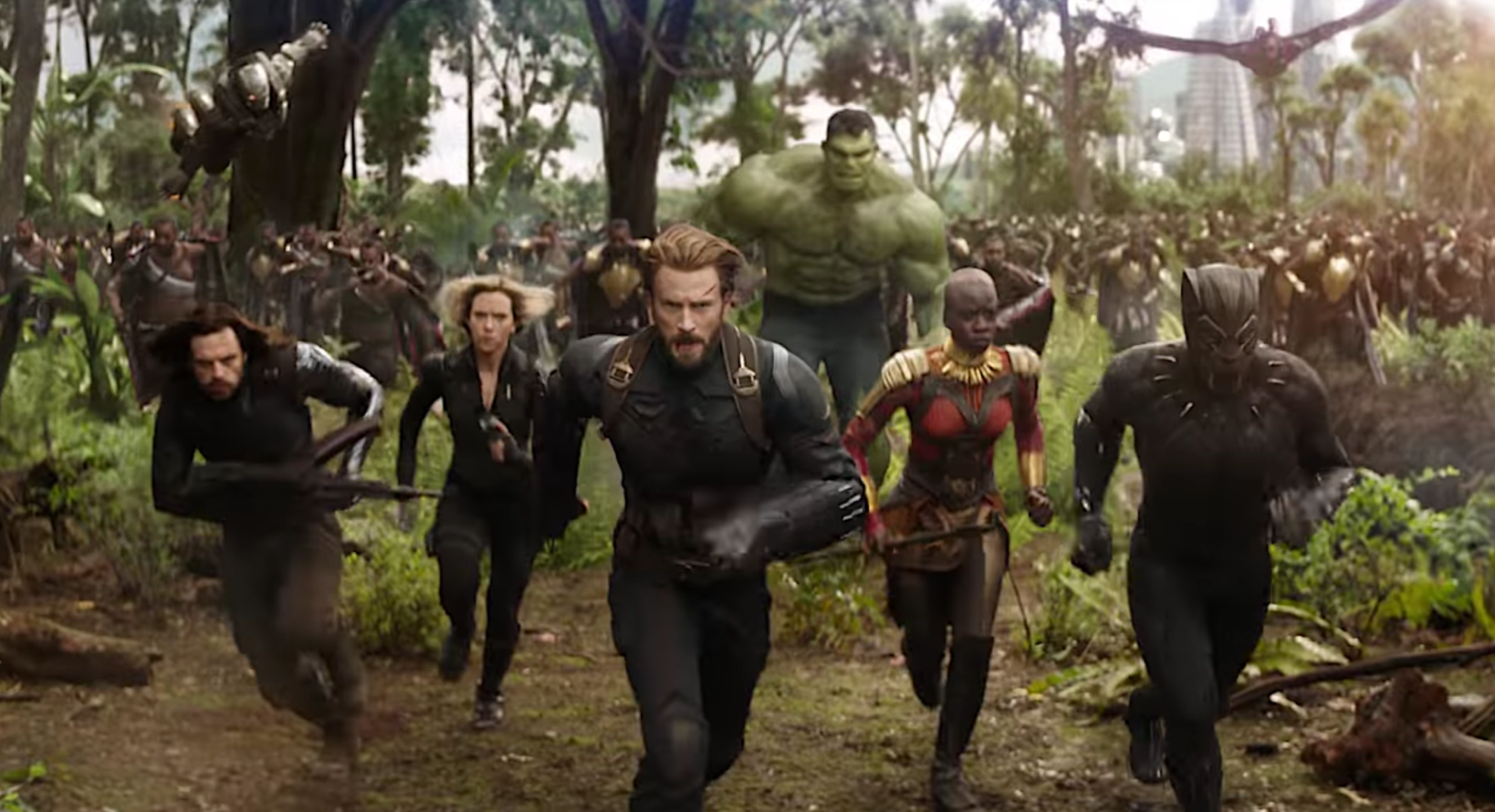 The Young Avengers are coming to the Marvel Cinematic Universe (MCU).

I know this. Kevin Feige knows this. Probably everyone at Disney—yes, even Mickey Mouse himself—knows this. Still, the studio insists on not confirming a new show or movie based on the team. There are literally over twenty projects involved in the MCU’s next phase, and we still didn’t get a single announcement last December during Disney Investor Day, where Disney announced their upcoming projects to investors and fans alike.

At this point, it’s basically an insult to their fanbase.

It’s not just because the Young Avengers are a great team to develop a story around, although, to be fair, they are. Created by artist Jim Cheung and writer Allan Heinberg, the Young Avengers feature some of the most remarkable characters of Marvel Comics, including a reality warper, a shape-shifting alien, and an interdimensional traveler. It would also provide a path for the MCU to continue the OG Avengers’ legacy. Even without all of that, it would be a huge step towards representation, something that the fourth phase of the MCU has been really striving for: the Young Avengers, featuring multiple LGBTQ+ leads, has received the GLAAD Media Awards for Outstanding Comic Book in 2006 and in 2014.

It’s an insult because all the signs are right there. Many of the characters involved in Young Avengers will be appearing in upcoming MCU projects, such as Wandavision and Hawkeye. Some are still not confirmed, but, based on the released storylines, it’s really likely that they will. If all the pieces for this to happen are right there, then it’s mind-boggling that Disney refuses to confirm the big picture.

However, without an official announcement, I will do a Thanos-move and do it myself. Here is how each main member of the Young Avengers comics can be introduced in the next phase of the MCU, and how likely this is to happen. Take this with a grain of salt: the team, if adapted, will probably not feature this exact same set up of characters. This also doesn’t account for the many possible upcoming younger Avengers who aren’t part of the Young Avengers original team, such as Ms. Marvel/Kamala Khan (Iman Vellani) and Ironheart/Riri Williams (Dominique Thorne). Still, if you’re a fan looking at the end of this very dark tunnel, here’s proof that you shouldn’t give up hope on a Young Avengers adaptation just yet.

As the daughter of Ant-Man/Scott Lang (Paul Rudd), Cassie Lang has already been in the MCU for some time now, previously portrayed by Abby Ryder Fortson in Ant-Man (2015) and Ant-Man and the Wasp (2018). Cassie also appeared as a teenager, portrayed by Emma Furhmann, following the time jump in Avengers: Endgame (2019). Last December, Disney announced Kathryn Newton will be taking over the role, starting in Ant-Man and the Wasp: Quantumania.

Confirmed Appearance: Doctor Strange in the Multiverse of Madness (2022)

The inter-dimensional traveler America Chavez is one of the most iconic members of the Young Avengers. She is also a notable star in Marvel Comics history, being the first Latin-American LGBTQ+ lead of an on-going Marvel series. Her first MCU appearance is currently scheduled to be Doctor Strange in the Multiverse of Madness, where she will be portrayed by Xochitl Gomez.

In my humble opinion, Kate Bishop was always the better Hawkeye than Clint Barton. Nonetheless, both Kate and Clint will star in the Disney+ show Hawkeye, scheduled for 2021. Kate Bishop will be played by Hailee Steinfeld, a long-time fan-favorite for the role.

Now, this is where things get weird. A speedster superhero, Tommy Shepherd is the son of Wanda Maximoff and Vision. He is also the twin brother of Billy Kaplan. Technically speaking, he currently exists in the MCU, being born in the third episode of Wandavision. However, the physics behind Wandavision is funky—playing heavily with the concept of alternate realities—and it’s impossible to predict the aftermath of the show. Tommy exists, but will he exist permanently in the MCU, being integrated outside of Wanda’s dream reality and into the actual world? It’s too soon to say.  No actor has been cast for the role yet, but given how many multiverse projects are coming up, the odds are definitely in Tommy’s favor.

Similar to his twin Tommy, Billy is in this nebulous area of Wandavision, where he technically exists only because of the weird realities of the show. He also doesn’t have a confirmed actor for future appearances. That being said, Billy is one of the most iconic Young Avengers of all time, and it would be a waste for Marvel to simply erase him from future projects. Considering that he’s also a reality warper like his mother, I’d say Wandavision is not the last time we’ll see him.

Listen, I’m a firm believer that you can’t have Billy without Teddy: they are a power couple, and that is not up for debate. A shape-shifter with super-strength, Teddy is a Kree-Skrull hybrid. If you need a refresher, these are the two alien species at war in Captain Marvel (2019). Given Teddy’s origins, his best chances at showing up in the MCU is in Secret Invasion, the Disney+ show dealing with the shape-shifting Skrulls’ invasion of Earth.

Most Likely Appearance: Loki or Doctor Strange in the Multiverse of Madness

We’re getting even weirder now. While Loki Laufeyson (Tom Hiddleston) has been in the MCU for a long time, we have yet to see any of the variations of his character—Kid Loki being one of them. However, given how the original God of Mischief is an integral part for this character’s origin, the best bets for Kid Loki appearing in the MCU is wherever Loki himself is: the Disney+ show Loki or the tie-in film Doctor Strange in the Multiverse of Madness.

Most Likely Appearance: Ant-Man and the Wasp: Quantumania

Similar to Kid Loki, Nate could be considered a variation of a previously established character: he is the teenage version of the villain Kang the Conqueror (Jonathan Majors), who was saved from events that would turn him to the dark side. Admittedly, a multi-verse version of Nate seems like a hard thing to fit in—but then again, multi-verses are just your average Tuesday in the MCU’s Phase Four. Plus, he is the founder of the Young Avengers, which gives him greater odds of showing up over the other heroes. If that wasn’t enough to convince you, while Nate hasn’t been confirmed in the MCU, Kang has. Kang the Conqueror will appear in Ant-Man and the Wasp: Quantumania—which is probably where Nate’s best chance at showing up in the MCU is.

Coming from the species of Kree-Cockroach (yes, you read that right), Noh-Varr finds himself in a similar position to Teddy in this list: his most likely appearance being wherever the rest of his fellow aliens are. Since Noh-Varr took part in the Secret Invasion comics, it would make sense for him to appear in the show as well. If not, it is possible he could appear in Captain Marvel 2 (2022), considering Captain Marvel’s ties to the Kree.

Most Likely Appearance: The Falcon and the Winter Soldier

Eli has a complicated history: while his grandfather, Isaiah, received the Super-Soldier Serum, Eli actually gains his powers through the drug, Mutant Growth Hormone. For MCU-purposes, this will most likely be re-written, given that the X-Men are nowhere near the screen yet. However, Eli’s appearance is not impossible.  His origins are influenced by Captain America’s legacy, so it’s no wonder there are casting rumors that he will appear in the show The Falcon and the Winter Soldier. Personally, I’m not completely sold on this rumor: It seems crazy that Marvel would confirm castings for projects in 2022 before those premiering in two months. That being said, I would not discard the possibility of an Easter egg being planted in the show for a future return. If that were to happen, The Falcon and the Winter Soldier would be the right place.

Again, Jonas’ Vision is a different character from the one we all know and love, interpreted by Paul Bettany. This version is a hybrid between the original Vision and Iron Lad, built by Nate so he could access Vision’s knowledge and create the Young Avengers. If Nate shows up in the MCU, then it wouldn’t be too much of a stretch to assume that Jonas would too. It would also make the most sense, therefore, for him to appear in the actual Young Avengers show as the trigger to the team creation—although I wouldn’t discard the possibility of a post-credit scene in some other film. While he has pretty good chances of appearing, he loses some points due to the original Vision currently existing in a precarious life-and-death situation in Wandavision.

Most Likely Appearance: Unconfirmed Young Avengers project or Doctor Strange in the Multiverse of Madness

The chances of Prodigy being faithfully adapted are close to zero. For starters, he is a mutant with the knowledge of everyone he encountered until M-Day, and none of the things—heck, not even the term mutants—I just wrote exist in the MCU. Similar to Eli, if he is brought to the screen, it won’t be without revisions, and, like Vision, he probably won’t appear until an official Young Avengers project is released. However, what if—and this is a big what if—he could appear earlier?

Hear me out. The Doctor Strange sequel will be dealing with the aftermath of Wandavision, one of which is probably whether Billy and Tommy will exist beyond Wanda’s made-up reality. So what if the post-credits scene revealed how the twins survived all the reality-warping chaos? And what if part of it showed Tommy with David, given that their relationship is in part why David becomes a Young Avenger in the first place?

This last one is admittedly absolutely a reach, but so is just about everything about Marvel’s Phase Four. With all the multiverses and time-lapses, the MCU is getting bigger and crazier. However, it just might be crazy enough to bring the Young Avengers to the big screen.