One Medical, Georgetown University’s COVID-19 testing provider, is under fire from Georgetown students for delays and testing discrepancies. At least fifteen on-campus and off-campus students in local neighborhoods—Georgetown, Foxhall, and Burleith—and further out in the Washington, D.C. area have reported substantially delayed or canceled COVID-19 test results. Despite criticism, One Medical has offered assurance that only a minority of students are facing significant testing delays and cancellations.

One Medical affirms that a canceled test is no more than an inconclusive test result, attributing transportation delays, too little sample collected, and test contamination. Delayed test shipments may be due to weather complications during winter that may result in testing backups. The supply of testing materials needed to conduct tests often fluctuates as well. The U.S. has been experiencing a national shortage of pipette tips, which are necessary for testing.

Delays are also related to increases in COVID-19 cases. “Turnaround time for receiving test results vary due to surges in cases locally, regionally and nationally,” a university spokesperson explained in an email to the Voice.

Some students, like Shreya Lyer (COL ‘24), consider their faulty test result as an isolated incident. After receiving an inconclusive COVID-19 test from One Medical, Lyer chalked it up to insufficient swabbing of her nose. Lyer has not faced further inconclusive test results since, but some students haven’t been as lucky.

Unlike Lyer, Seareen Maaita (NHS ‘24), a first-year living on-campus, has faced excessive test cancellation. “I’ve had a couple issues with One Medical; I have gotten at least five test results that were either not processed or canceled/inconclusive,” Maaita said. After a COVID-19 exposure, Maaita was instructed to quarantine and was assigned a COVID Care Navigator. Instead of ten days, Maaita was forced to quarantine for two weeks due to multiple COVID-19 test cancelations from One Medical. “Some of [the tests] weren’t even processed at all,” she explained. According to Maaita, she was never fully told why she kept receiving a substantial number of canceled tests. Instead of informing Maaita directly, One Medical relied on her COVID Care Navigator to relay information; however, the explanation offered was delayed and unclear, not fully answering why her tests kept coming back canceled.

Maaita attributed the faulty results to the testing centers themselves. Maaita’s canceled tests only occurred when she tested at the Leavey Center and she experienced no issues when testing at the Healy Center. Maaita believes this discrepancy is likely due to the difference in testing equipment between the two testing sites, but neither the university nor One Medical has made mention of this.

One Medical’s canceled tests have led some students to switch testing services altogether. A delayed test forced an off-campus student, Claire Verbrugge (MSB ’24), to change providers. Upon finding out she was exposed to COVID-19, Verbrugge scheduled a COVID-19 test through One Medical. Earlier that month, she had been testing around once a week through One Medical and had no past problems with turnaround times or test validity. This time, however, Verbrugge waited six days for her test results and upon receiving, she was confused by her invalid result. “[The test] took forever to come back and then was invalid,” Verbrugge said.

In urgent need of a reliable test, Verburgge switched to Sameday Health, located on M street in Georgetown. Sameday Health is a testing clinic that claims to be a fast and reliable testing site. They offer PCR and rapid tests, and they accept most insurances. “Their whole process seems to be more straightforward and consistent, and I just trust [Sameday Health] more than One Medical,” Verburgge said. Other students, particularly first-years living in the DMV during the pandemic, have also switched to alternative testing sites, according to Verbrugge.

At Sameday Health, registered nurses and certified medical assistants perform the tests, which differs from the many self-administered testing sites offered by One Medical. Although on-site One Medical workers attempt to thoroughly explain how to swap one’s nose, patients facilitating their own tests can sometimes lead to an invalid test result. Verburgge feels that the One Medical self-testing system is a main cause of the invalid results. “There is not a lot of direction on how to do the test,” she said.

Verburgge’s sentiments closely mirror Maaita’s. Although Maaita continues to test at Georgetown, she wishes One Medical was more transparent about how and why her testing keeps going awry. “I wish they would let me know what I did wrong,” Maaita said.

Although some students have switched to alternative testing sites, Georgetown University’s partnership with One Medical holds benefits for faculty, staff, and students both on and off campus. Under Georgetown’s testing program, students who test positive for COVID-19 are contacted by a COVID Care Navigator, a new Georgetown staff position, and on-campus students are offered isolation housing. Students residing in the DMV who are connected to One Medical receive free weekly tests at either the Main or Law campuses. Tests facilitated elsewhere through One Medical (at sites unaffiliated with Georgetown University) are not covered by the university and must be paid for by the individual.

Some students that are eligible for free One Medical tests avoid doing so out of fear of punishment from the university, according to Maaita. Unsure of the repercussions a positive test yields, some students have avoided testing Georgetown since the pandemic began. “I know a few kids who test at Sameday,” Maaita continued. “It’s just so it doesn’t get on Georgetown’s records.”

For students living in nearby neighborhoods and on-campus housing, the average turnaround time for COVID-19 results is 1.07 days as of April 5. One Medical has also responded positively to student feedback, adding additional testing locations and offering Saturday appointments. “As of March 1, we have conducted more than 145,000 tests since we began on-campus testing last summer,” a University spokesperson said. “Only a small fraction of that number has had any issues.”

Regardless of One Medical’s changes, students like Verbrugge are still choosing alternative testing sites. “I don’t want to go to a testing site that’s pretty away from me just to get an invalid test.” 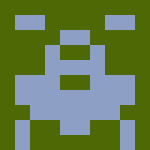 D.C. takes the next step towards reopening