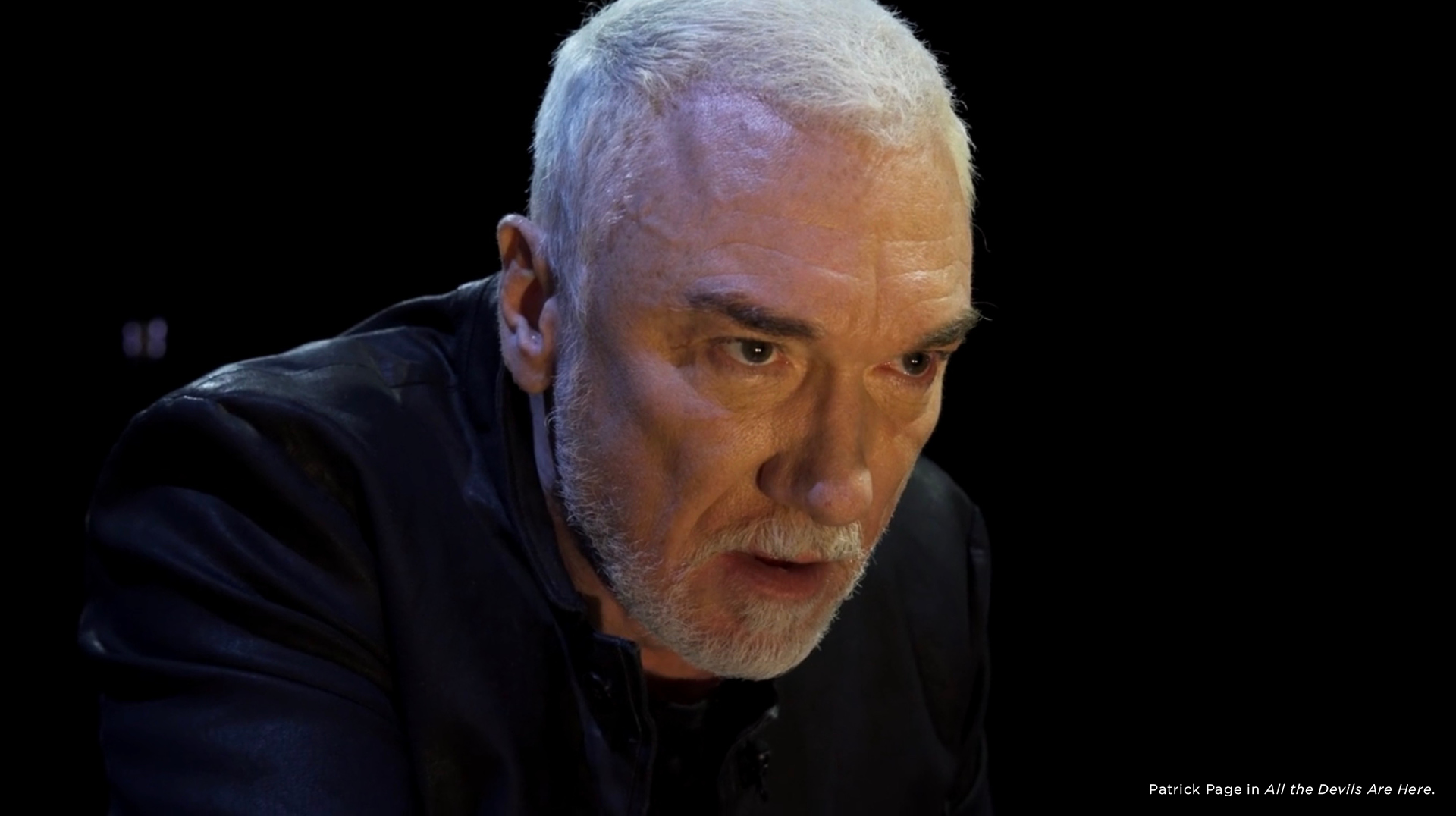 Footsteps echo in a darkened theater. Every seat in the house is empty, and somehow, it makes the audience shiver even more.

All the Devils Are Here: How Shakespeare Invented the Villain, written and performed by Shakespeare Theatre Company-affiliated actor Patrick Page, is a chronicle of the Bard’s villains, performed in order of their creation. The piece, a one-man show, explores the evolution of these characters, explaining the various ways Shakespeare contends with the question of “what is evil?” It is part history lesson and part mesmerizing performance piece, a fascinating and deliciously versatile look into some of the most enduring characters in the theatrical canon.

Page, most widely known for his Tony-nominated performance as Hades in Hadestown, is a veteran performer of Shakespeare’s work. His vast repertoire includes the roles of Claudius in Hamlet and Macbeth in Macbeth, as well as a Helen Hayes Award-winning performance as Iago in Shakespeare Theatre Company’s 2006 production of Othello. Page’s skill and experience are on full display in All the Devils Are Here as he seamlessly moves from character to character, from a conceited, pompous Malvolio to a cold, stoic Claudius to a tortured, manic Macbeth.

Getting to witness Page’s versatility as a performer is the clear highlight of All the Devils Are Here. The specificity with which he crafts each individual character is exemplary, a true gift. His presence chills through the screen; the soliloquies are poignant, the scenes erupting with the energy of two performers. The result is an empty theater that feels as vibrant as a full one. And the screen, somehow, is no boundary.

While theater is a form that is best live, the film medium undeniably adds a unique dimension to the performance. Page, when performing as himself, is often shot from the side, looking out to an imagined live theatrical audience. Seldom does he look straight at the camera, or is he even shot straight on; these moments are reserved for when he is in character. The result is an interesting sense of intimacy in the scenes and soliloquies. Asides performed to the audience become the rare moments where the viewer gets to look right at Page. As Shakespeare intended, the audience is in direct conversation with the character.

All the Devils Are Here engages in textual analysis of the works it performs, traversing through history to define Shakespeare’s changing relationship with the conception of evil. From personifications of sin in morality plays to ascribing villainous tendencies to racial and ethnic others, Page explains how the villain developed as a theatrical trope. It was Shakespeare’s influence, Page argues, that allowed these antagonistic figures to be fully fleshed out human beings rather than religious omens or vicious stereotypes.

Part of this evolution involves a reckoning with the regressive attitudes steeped in the fabric of some of Shakespeare’s most famous works. In a scene from The Merchant of Venice, a play often rightfully denounced for the deeply anti-Semitic stereotypes rooted in its plot, Shylock, the Jewish moneylender, appears as the sympathetic figure even while demanding a pound of Christian merchant Antonio’s flesh. Though this is likely not the way the words were intended (and certainly not the way they would have been performed at the time the play was written), Page shows us how Shakespeare’s works can be both timeless and adaptable. The scene, in Page’s reading, becomes about what drives a person to the edge, to want vengeance, after being wronged by the world around him.

By the time Page reaches Shakespeare’s most iconic villains—Macbeth, Iago, Claudius—the characters exhibit evil more complex than religious or societal understanding and are characterized outside of social stereotypes. Shakespeare’s conceptualization of evil becomes a human condition, a series of human actions, something that can fester within anyone. While Page’s portrayals of earlier villains are cartoonish, using elevated characteristics, physicalities, and voices, the later performances are subdued, closer to the persona Page himself employs when explaining the historical context of each play. The form drives the point home—Shakespeare has put a human face on evil, and in turn, forces us all to reconcile with our own vices.

Each of Page’s performances is astonishingly distinctive, underscored by the show’s technical elements which certainly triumph in building a unique world for each new scene. The striking lights design by Elizabeth A. Coco creates stark transitions from setup to soliloquy, from explanation to action. The shadows are harsh, the atmosphere dim, the spots striking; the audience is entranced, trapped in the dark minds of these twisted figures. Claudius is in a church, as can be seen from colorful projections, stained glass windows reflecting onto the floor. Iago is certain of his steps, the green-eyed monster of jealousy physically accented in a green spot on his face. Macbeth might be in darkness, but he is followed by red beams, a visual representation of the blood on his hands.

All the Devils Are Here is an excellent example of filmed theater, a virtual performance that transfers the theatrical experience to homes as well as anything can be expected to. It is a delight, masterfully performed and beautifully executed, and an educational and entertaining foray into Shakespeare’s most classic works.

All the Devils Are Here: How Shakespeare Invented the Villain is playing online at the Shakespeare Theatre Company through July 28. Tickets are $25 and are available online here.

With a stellar cast and hilarious post-apocalyptic antics, Dog Act is a triumph 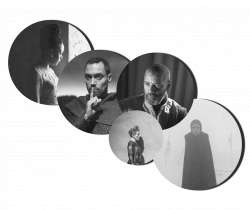