Greta Van Fleet is no stranger to living in the shadow of the great rock bands that came before them. Hailing from Frankenmuth, Michigan, the band has been compared to the likes of Led Zeppelin and Rush throughout their career. Now, as they release their sophomore album, the young rockers are eager to show their personal and musical growth.

After topping the rock charts and winning the 2019 Grammy Award for Best Rock Album with their second EP From the Fires (2017), Greta Van Fleet stands out for its classic rock foundation sprinkled with blues and folk influences. However, the band has also received waves of criticism for sounding too similar to legendary rock bands of the 70s, namely Led Zeppelin. As Greta Van Fleet returns with the long awaited The Battle at Garden’s Gate (2021), they struggle to remove themselves from the constant comparisons of their biggest critics.

The Battle at Garden’s Gate starts off strong with “Heat Above”, an ethereal track that showcases frontman Josh Kiszka’s high-register vocals and husky howls. The track blends hymns one would hear entering a church with the hardness of classic rock, resulting in a catchy and epic sonic build. Bassist Sam Kiszka’s versatility shines through in this record. He takes on the organ for this track, adding a whole new layer to this opening track that’s unlike anything in their previous record.

On their introductory track, the band commented, “This is a dream in the clouds, a moment of peace in the storm. Thematically, we are dead center in the cult of Heaven, surreal, strange and free.” The whole album is riddled with themes of war and peace, the human experience, and religious influence on humanity. After breaking into the rock scene and leaving Michigan to tour the world, the band brings their new worldview into the album. “We realized that while growing up, we had been shielded by a lot of things… and then we were thrown out into this huge world, and it was a bit of a culture shock at first,” commented drummer Danny Wagner.

The record has its highs and lows, which is to be expected considering it is most definitely not a short one. One of its weaknesses is how not all the lyrics hold up throughout, as displayed in “My Way, Soon”. What should have been a memorable first single from the album fell flat, being carried by a catchy melody rather than its lyrics: “I’ve seen many people / There are so many people / Some are much younger people / And some are so old.”

This time around, the band does not shy away from virtuosic jam sessions, with most tracks going past the five-minute mark. “Broken Bells” slowly grows in intensity as the ballad builds to a full-on jam session backed by soulful and moody ad-libs. “Stardust Chords” and “Caravel” showcase some of vocalist Josh Kiszka’s strongest vocals, packed with his classic screams that have been compared to the likes of Zeppelin frontman Robert Plant.

The Battle at Garden’s Gate closes with a bang. “The Weight of Dreams” is almost nine minutes long, with the second half of the closing track standing as one of guitarist Jake Kiszka’s best guitar solos on the album (and honestly, Greta’s whole discography). It is ambitious and grand, finished off with a short and quaint acoustic solo.

While being compared to some of the most legendary rock bands in history is certainly not a horrible thing, these comparisons have eclipsed Greta Van Fleet’s accomplishments and has given their name a perpetual association to those that came before them. The Battle at Garden’s Gate finds the band shaping its sound and trying to conquer the grandeur of rock and roll. The album is a tale of their travels and is a step forward in solidifying their position as one of the most remarkable rock bands of this generation.

VOICE’S CHOICES:“Built by Nations,” “The Weight of Dreams,” “Heat Above,” “Caravel,” “Light My Love” 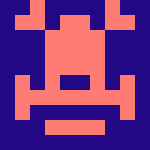