Jon Ossoff (SFS ’09), the newly sworn U.S. Senator from Georgia, spoke to the Georgetown community at an event hosted by the Georgetown College Democrats (GUCD) on April 20. Ossoff reflected on his time as a Georgetown undergraduate and addressed topics of systemic racism, voting rights, and campaigning for office.

Ossoff is one of many Georgetown alumni to join Congress last January, winning an election with fellow senator Raphael Warnock that led to a Democratic majority in the U.S. Senate. His historic win as the youngest Democratic senator since 1973 and the first Democratic senator from Georgia since 2005 has led to interest in his political career and how Georgetown has shaped it.

Ossoff attended a Zoom event with GUCD to speak to current students and discussed police brutality in America. In response to a question about racial justice following the conviction of Derek Chauvin in the murder case of George Floyd, Ossoff emphasized the importance of continued action on police brutality. “It’s important that we not breathe a sigh of relief and take the view that because George Floyd’s murderer will face consequences that there does not remain an urgent need for criminal justice reform,” he said.

“We have to continue the work of enacting reform and not be put to sleep by the idea that a conviction somehow means the underlying problems have been solved.”

Ossoff also spoke against Georgia Senate Bill 202—an omnibus elections bill signed into law by Governor Brian Kemp on March 25, which has been criticized for restricting the accessibility of voting. The bill, which some have referred to as ushering in a “new Jim Crow,” has received particular criticism for its potential to disproportionately impact Black voters. While the 98-page bill contains many provisions, Ossoff specifically denounced the bill’s restrictions on early voting hours and its criminalization of providing food and water to voters waiting in line.

Reflecting on his undergraduate years at Georgetown, Ossoff fondly remembered his time in the Georgetown Chimes, an all-male acapella group, and courses on international law. He recounted taking a course on human rights law with Professor Anthony Arend, getting to know Arend, and later consulting him during an international business dispute based in Georgia.

Ossoff offered advice for students considering running for office. He said that students should focus on pursuing career paths that they enjoy, rather than ones that optimize their resume.

“The decisions that we make determine whether we destroy each other in nuclear holocaust, whether we destroy our biosphere and our basis for human flourishing by destroying our environment, whether democracy and human rights prevail as the modes of human organization,” he said.

“Just take stock of what a privilege and obligation it is to be young at this moment, and don’t take any day for granted.” 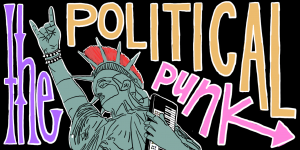